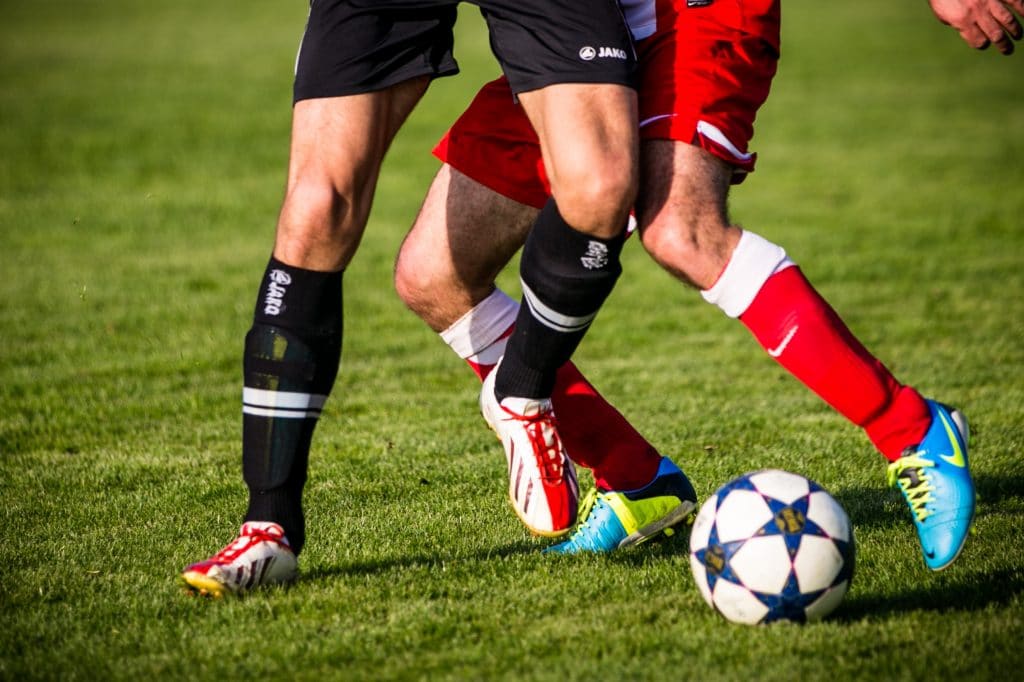 In a recent press release from ACT Football, it has been confirmed that the ACT Government will be investing $20 million into a new ‘Home of Football’ facility in the national’s capital.

This announcement comes only a week after the Victorian Government announced they would be investing a similar amount ($22 million) into facilities across the state.

Here’s a link to that story:

With both Federations clearly confident of what the future holds for soccer in their respective state/territory, it will be interesting to see if more announcements are made across other states in the coming weeks and months.

Full press release can be found below:

Canberra will have a new ‘Home of Football’ following the announcement of a $20 million investment by the ACT Government, announced in Tuesday’s budget.

The facility, to be built at Throsby, will be the new headquarters for football in the ACT. It will feature multiple outdoor fields, indoor futsal courts, office space for Capital Football, and associated amenities.

With the ACT Government investing $20 million to the project, Capital Football will contribute $4.5 million to build the 24.5 million-dollar facility. It is expected to be operational during the second half of 2021.

Capital Football CEO, Phil Brown, says the organisation has been looking for a parcel of land in the ACT to establish a headquarters for the entire football community for some time as many facilities are already operating at capacity. He says, “This high performance and community facility is just as much about providing for the grassroots as it is about providing a training base for our elite teams, such as Canberra United.”

And Mr Brown says the establishment of futsal courts will contribute to gender parity in football; “In Canberra, 42 per cent of futsal players are female. This is more than double the national average for females of 20 per cent. With Futsal centres in Canberra at capacity, the new facility will provide opportunity to run more competitions that will support our work to achieve parity with male participation.”

Tuesday’s budget announcement sees the ACT Government partnering with Capital Football and Football Federation of Australia (FFA) to establish the headquarters for football in Canberra. Mr Brown sees this injection of funds as having significant benefit for the future of Canberra football, “The ‘Home of Football’ facility represents a real opportunity for strategic growth in football in the ACT.”

As part of the partnership, the FFA will be bringing three elite games to Canberra over the next 18 months, including Matildas and Socceroos matches. Further details around these games will be announced on Friday morning when an official Home of Football announcement will be held onsite in Throsby with representatives from the ACT Government, Capital Football and Football Federation of Australia. 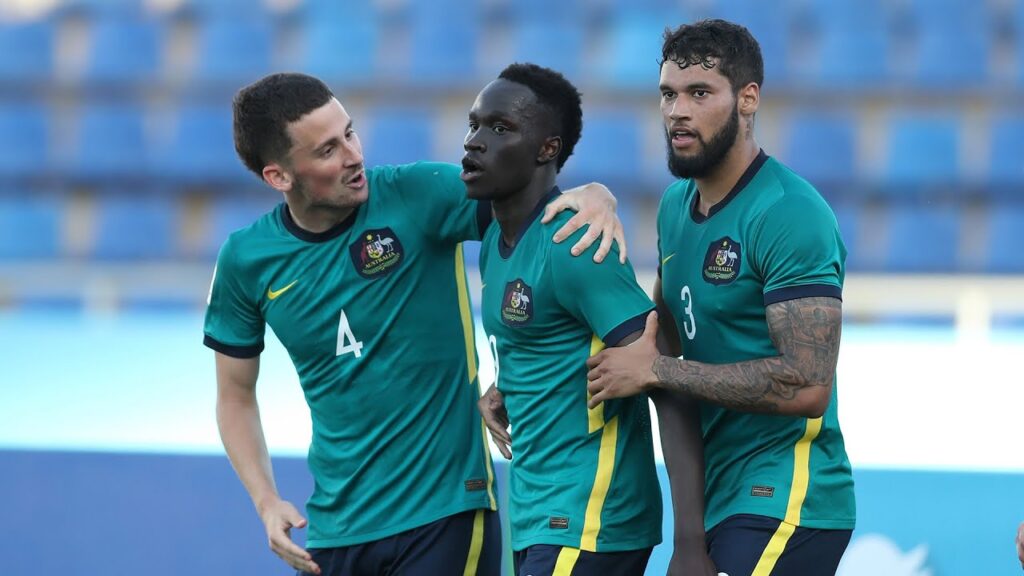 The AFC U23 Asian Cup Uzbekistan 2022 reached new milestones in engaging football fans, with the AFC’s social media channels witnessing staggering impressions of nearly 340 million – an increase of 193.8% from the fourth edition in Thailand two years ago.

As underlined in the AFC’s Vision and Mission, effective utilisation of social media to further excite football fans in the continent and beyond is seen as critical to growing the Asian game.

Asia’s top 16 teams competed for 19 days across 32 matches in the cities of Tashkent and Qarshi, with Saudi Arabia eventually becoming the fifth team in as many editions to clinch the coveted crown after the West Asians defeated hosts Uzbekistan 2-0 in a captivating decider.

The biggest increase was observed through the highly entertaining video content which received 46.9 million views on the AFC’s digital platforms, an astonishing rise of 1,066% from the 2020 edition, while the newly launched AFC TikTok account also garnered 9.3 million views with close to a million engagements.

The AFC’s Twitter account generated the highest improvement in impressions with a 217% increase from 2020 to 33 million in Uzbekistan, followed by Instagram, which received 115.65 million impressions or an increase of 119% while the AFC’s Facebook impressions rose by 80% to nearly 110 million.

At the same time, engagement on the AFC’s social media channels grew by 141.2% from 7.3 million in 2020 to a commendable 17.68 million in 2022 thanks to the multi-lingual approach through the AFC’s language-based platforms in English, Arabic, Farsi, Japanese, Korean, Mandarin, Thai and Vietnamese.

On the pitch, the Continent’s attacking prowess was also palpable with a total of 81 goals scored across the 32 matches, averaging approximately 2.53 goal per match, as the young Green Falcons became the first side in the tournament’s history to maintain an unblemished defensive record across all six matches in their impressive march to the title.

The tournament also saw spectator attendance records rewritten on several occasions, with 28,670 fans gathering at the Pakhtakor Stadium when hosts Uzbekistan opened their campaign against Turkmenistan before a notable 32,268 supporters attended the thrilling final between the host nation and Saudi Arabia. 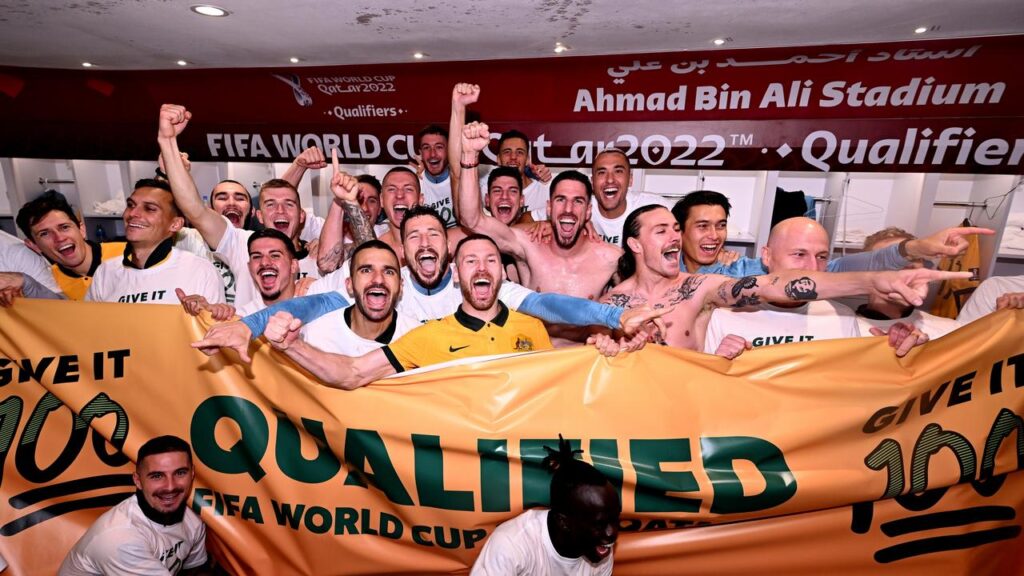 For the first time in World Cup history, a tournament will play host to a record six teams from the Asian Football Confederation (AFC). The achievement follows on from Russia 2018, where the previous record was set by the five Asian teams (Iran, South Korea, Japan, Saudi Arabia and Australia) who qualified for that year’s tournament.

On a surface level it appears that the qualification of six teams to Qatar 2022 wholly reflects the region’s growing stature within world football. However when viewed in the context that Qatar is obviously assured a spot as hosts and that Australia’s result on penalties against Peru glosses over what was undoubtedly a campaign dominated by pragmatic thinking over possible effective utilisation, one must ponder the impact Asian teams as a whole will have on the tournament, particularly when looking at past editions.

According to Soccerment, an analytics platform focusing on accelerating the adoption of data analytics by a wider audience of football fans, Asian teams struggled most with shot accuracy (15% against a 29% tournament average) in Russia four years ago. In addition, it appeared Asian teams valued long balls the most of any continent in the tournament as well as hitting a collective average top speed of 27.7 – the lowest at the tournament that year. Of course, one has to comparatively look at the squad composition, subsequent utilisation and ultimate effectiveness of these five sides versus the teams in their respective groups. Furthermore, the flaws and generational situation of their opponents and the consequential effect has to be taken into account (exemplified best by South Korea toppling a regressing Germany). It is fair to even potentially play down Japan’s progression to the Round of 16 due to accruing fewer yellow cards than Senegal, but as a whole, teams from Asia fared far better in 2018 than in 2014 where they accumulated a total three points out of a possible 36 between four teams in the group stage (Japan, South Korea, Iran and Australia). By contrast in 2018 Asian teams secured 15 from of a potential 45 points, an 18% increase in points amassed.

Furthermore, viewing the Russia 2018 results through the context of where these teams are at ahead of Qatar 2022 is arguably ignoring the impact of the changes that have been made since. Of the six teams to have qualified only one side have retained the same coach across qualification campaigns, this being the tournament hosts Qatar, who have kept Félix Sánchez ever since his taking over of the side when they were last in their qualifying group for Russia 2018 and gone on to win the 2019 Asian Cup on home soil.

The current ‘big six’ of Asia have qualified for the tournament, and perhaps it is just reward for Asian football’s increased investment into the sport over the past few decades. In saying that, a set of countries’ ambitious development efforts does not necessarily reflect a whole region’s shared emphasis. For some nations, the development, alignment and tailoring of resources serves as a challenge they’re unwilling to take – irrespective of the passionate and parochial fan base of some club teams. When one looks at Indonesian side Persib Bandung’s nearly 20 million total followers across social media platforms and impressive crowd numbers matching the likes of mammoth Iranian sides like Tractor S.C, it feels like more could be done to improve the country’s international standing. In terms of top-tier active support for domestic Asian leagues, the infrastructural foundations need to be laid outside of the likes of South Korea and especially Japan, where for example J-League sides select youth players from age 11, a factor which has hugely contributed to their consistent youth production line.

Often the determinative factor of a region’s influence on football is the number of names plying their trade in top-level overseas – mainly European leagues. And by this measurement, Asian football is at an all-time high with representatives from across the continent making a name for themselves at the top level of the game. When considering that 92% of the teams that reached the quarter-finals in the last three editions of the FIFA World Cup were from Europe and South America, it will be interesting to see if an Asian team pushes beyond the Round of 16 with the greater base of players based in Europe especially.

From the 2026 World Cup onwards, an increase from four to eight direct slots alongside an extra spot via the intercontinental playoffs affords Asian teams a greater chance to shine on the world stage. It is more likely than that the jointly hosted 2026 edition will provide greater evidence of Asia’s elevated levels of competitiveness when facing far better developed footballing nations.

The reality is we simply do not know how the Asian confederation’s representatives will fare until the 2022 World Cup in Qatar plays out. But nonetheless, the strides being taken by sections of the AFC region to improve their infrastructure and to foster a distinct identity will have massive long-term benefits in a manner quite possibly akin to Japan in terms of youth development. Time, as always, will tell.