After a successful campaigning stint during the 2019 Asian Cup earlier this year, the AFC is pushing on with the goal of raising awareness for women who both work and play in the soccer industry.

With the Women’s World Cup only just finishing up, now is an ideal time for the AFC to reach out to as many people as possible.

It’s also notable that this media release has come during a time when USNWT captain Megan Rapinoe has been in the news promoting the women’s game. Many people have been lauding her and her opinions, but there is still a large contingent who don’t appear to be moving with the times.

Megan Rapinoe rips Trump over "send her back" chants: "Sad and disgusting and despicable" https://t.co/khqVVb84LP pic.twitter.com/zfmUdgLWlv

Rapinoe has been making serious headlines and with this in mind, the AFC clearly want to generate more positive news when so many people still feel the need to negatively influence the women’s game.

The AFC’s media release from Monday night can be found in full below:

The Asian Football Confederation (AFC) continues the “It’s My Game” campaign which celebrates the role of women working in football. In the latest segment, the AFC focuses on Svetlana Kashuba of Kyrgyz Republic and how she plans to shape women’s football.

Kashuba enjoyed a notable playing career for Kyrgyz Republic and after hanging up her boots, she is now striving to make a difference in the sport as the women’s football manager in her country.

Respected by her peers and looked up to by young female footballers, Kashuba rose through the ranks by representing her national team in the U-16 and U-19 women’s competitions before playing at the club level in Kyrgyz Republic.

She looks back fondly at how she started playing football and the memories serve as a reminder of how important her current position is.

“I walked with a friend from school and she told me that neighboring stadiums had football trainings only for girls. I was very interested because I could express myself by playing with other girls.

“Before that, I only played with boys. I was always the only girl among them, so I wanted to go and see women’s football. When I saw only girls playing, it motivated me even more.

“I joined the training and with the very first kick I hit the crossbar! The coach told me, ‘You will play and train with us.’ That inspired me because it was my dream to find a place where I could show my potential,” Kashuba recalled.

She is delighted to see how women’s football has developed over the years and hopes the momentum will continue.

“Looking at the girls now, I can see that they play football with more enthusiasm and the number of girls playing the sport is steadily growing. More and more girls are playing football in schools and we have more women’s teams. We are very happy to see so many women’s teams taking part in competitions at a very young age.”

Kashuba believes that women have a huge role to play in football and hopes more will join her and make a career in the sport as a result of the “It’s My Game” campaign – which has reached more than 800,000 fans so far and have received more than 300,000 views on the AFC’s digital platforms.

“Football is not just a game, it is our life and we must prove to ourselves and those around us that we can be successful. I hope that we will see more participation of women not only on the field but also in senior positions in the future,” she said.

The sixth annual Indigenous Football Week 2021 (IFW21) will be held on November 22 to 27. A week-long program of events will shine a spotlight on the power of football to unlock the potential of Indigenous girls and women and improve gender equality, from grassroots to elite.

The week will see some of football’s best take a deep dive into gender equality issues of women in football leadership and specific intersectional challenges and opportunities in football for Indigenous girls and women.

Events for IFW21 will include community gala days across JMF hubs in NT, Queensland and NSW, a Facebook Live interview series, an expert online panel, an online workshop for young female footballers throughout the country, and special announcements across the week.

IFW21 will feature a line-up of top Australian football experts, identities and IFW21 Ambassadors, including:

John Moriarty AM, Co-Founder and Co-Chair of JMF and the first Indigenous footballer selected for Australia, said:

“Indigenous Football Week is about the power of football to create change for good. It is a chance to bring the football community together to support inclusion, cultural recognition and diversity.”

“Women’s and girl’s football is the fastest growing area of Australian football and we are certainly seeing this in JMF.

“JMF is committed to taking a leadership role on gender equality. Currently, 50 percent of our participants are girls, 40 percent of our coaches are female, 75 percent of our board are women, and we are always striving for improvement and creating best practice for gender and social equality in football.”

“Over the past months we’ve undertaken a significant gender equality project to build on our own organisation’s best practice when it comes to diversity, equality and inclusion. The entire JMF team has collaborated on this project. We commissioned former Matilda, Olympian and leading sport and innovation strategy expert, Tal Karp, to help us create diversity tools and commitments that will be embedded into business as usual at JMF.”

Based on a three-level approach, JMF is implementing:

“Being a female player and coach, I see how differently women in football get treated. I believe it is time we come together as a nation to find better solutions to support women in the game and become leaders and role models for our upcoming generations,” Ms Stanley said.

“Indigenous players have made a rich contribution to our sport, from Charlie Perkins to John Moriarty and Karen Menzies. However, there remains much more to be done to better engage and increase access for Indigenous communities to our beautiful game,” she said.

“We now have many visible Indigenous role models, from Tate Russell to Lydia Williams and Jada Whyman, and by identifying intersectional barriers and solutions, we will hopefully ensure our game’s structures encourage more stars to emerge from communities into the A-Leagues and National Teams.”

IFW21 partner Football Coaches Australia CEO Glenn Warry says it is imperative that we build a world-class coaching culture within Australia to be more inclusive of all coaches developing and progressing their coaching careers within community and elite football environments.

“Football Coaches Australia is extremely proud to partner with John Moriarty Football to celebrate Indigenous Football Week 2021 (IFW21), 22-27 November, and its theme of ‘gender equality in football’,” he said.

“Since its inception FCA’s values, policies, strategies and programs have demonstrated that our Association fully supports working with the football community and stakeholders to support inclusion, cultural recognition and diversity. Indigenous coaching role models and ‘heroes’ such as Tanya Oxtoby, provide a career pathway goal for our upcoming JMF women coaching stars of the future.”

“Football is the most inclusive sport, with the most diverse fanbase in Australia and we are committed to providing culturally safe and inclusive Leagues for our professional footballers. Representation of Indigenous communities in football is increasing, from grassroots to the A-Leagues, and we fully support programs and activities that increase engagement and access for Aboriginal and Torres Strait Islander peoples.”

“We celebrate the Indigenous A-League / women footballers who are emerging as the future stars of our Leagues, including the IFW21 Ambassadors, and we remain committed to creating, supporting and increasing player pathways for First Nations women to the A-Leagues.” 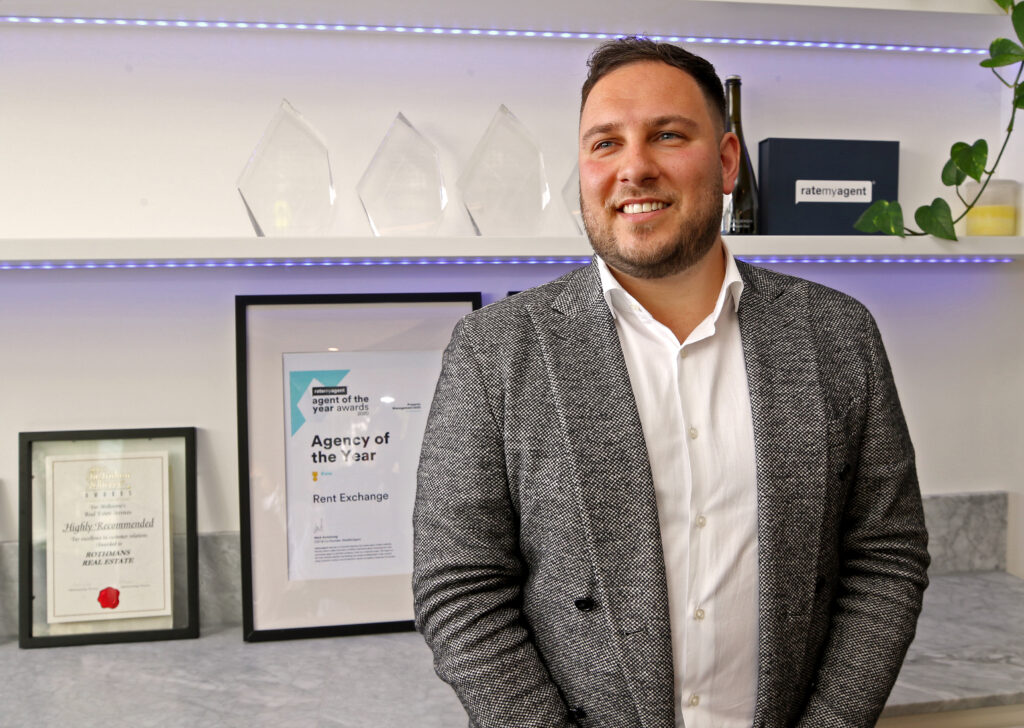 Langwell Harper is an exclusive real estate agency located in Kew, Victoria. The company has been advising and meeting clients’ needs to the highest level over the past 25 years.

“Since day one the company has retained and gained clients that now refer to them for all property needs from leasing to development and investment advice.”

The organisation has found great success throughout its time, due to a strong principled approach.

“We stay away from volume sales and expensive self-promoting marketing and focus on delivering a personalised and tailored service that suits each party’s best needs,” Garra stated.

“It’s not to just turnover the quickest commission for ourselves, each transaction is based off advice we ourselves would take if we were selling our own assets.”

The real estate agency has recently entered an agreement with Soccerscene, investing in the world game industry – but on a local scale.

The organisation hopes to engage all of the wider football public and offer services which will be rewarding for them.

“It is all about building relationships,” Garra said.

“Several individuals that are part of the team have been around the world game for over 30 years and we felt it was a great opportunity to continue that relationship further by investing in the football industry.

“We want to help accelerate the growth around footballing activity in this country and help to continue to grow the game.

“It’s about giving back to the game that many of us have grown up loving and still have a burning passion for. You could say it was our first love before property!”

Overall, representatives at Langwell Harper believe Australian football will reach greater heights. However, issues that exist in the game’s own backyard need to be addressed.

“We think that there is a long way to go in the country with regards to football,” Garra said.

“With current discussion around a B League and further investment into the game, there is light at the end of the tunnel.

“The focus at present should be about uniting the old with the new. We have noticed a divide between those that supported the NSL and don’t get involved with the A-League, that gap needs to be bridged in order for the game to grow.

Langwell Harper understand the importance of connecting with the local community and they hope to expand on the strong links they have developed, into the long-term future.

“With both partners and staff all being locals of Boroondara for over 20 years each, we want to connect more with the local community and use our real-life experience and intimate knowledge of these areas to help people truly get the best agent experience they can,” Garra said.

“Being able to connect with the local community is a cornerstone to any business and our real estate company is no different.

“We find it really important to continue to build and foster relationships with each individual either on a business level or personally.

“The importance of nurturing ties and holding an individual’s hand through the sale of a property (sometimes their biggest asset) is of high importance as we know for a fact, it can be one of the most stressful situations an individual can go through.

“By being Professional, Authentic, Adaptive and Committed, it’s really what this business is built on and why the local community will always get the best from us ensuring continued community support and connection.”