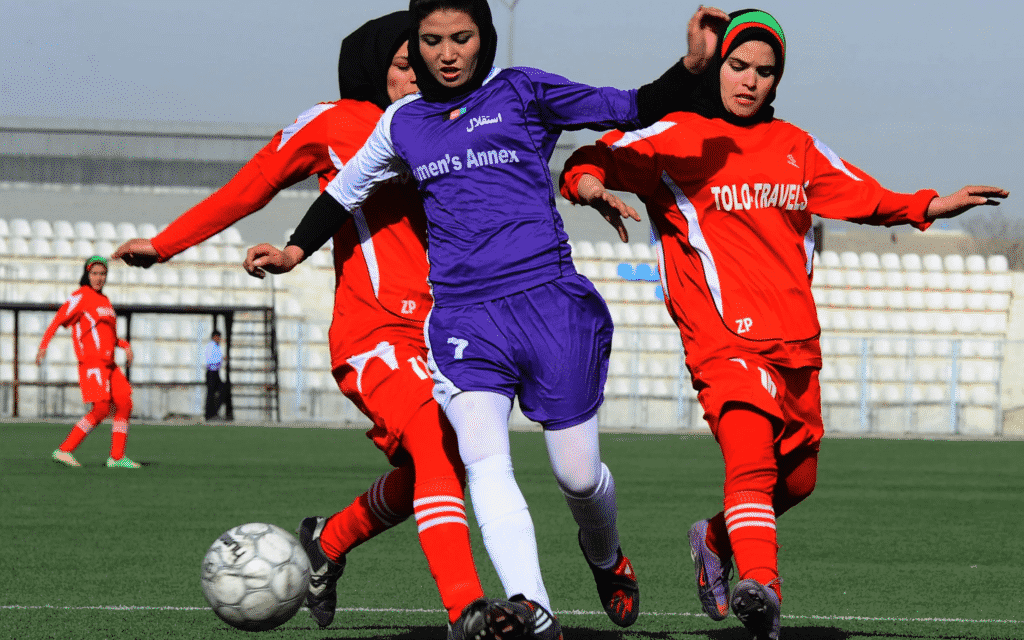 The Australian Government has evacuated a number of female footballers, athletes and their dependents from Afghanistan following an appeal by world bodies FIFA and FIFPRO.

The news was confirmed by FIFPRO, the association for professional footballers, that members of the women’s national football team were among a group of female athletes successfully evacuated from Afghanistan.

A statement by the international footballers’ federation FIFPRO expressed gratitude to Australia, whilst acknowledging the need for further work in settling the women abroad.

“We are grateful to the Australian government for evacuating a large number of women footballers and athletes from Afghanistan,” FIFPRO said in a statement.

“These young women, both as athletes and activists, have been in a position of danger and on behalf of their peers around the world we thank the international community for coming to their aid.

“There are also many athletes still at risk in Afghanistan and every effort should be made to offer them support.”

“The last few days have been extremely stressful, but today we have achieved an important victory,” she said.

“The women footballers have been brave and strong in a moment of crisis, and we hope they will have a better life outside Afghanistan.”

The evacuation came as a result of efforts made by prominent sports people, including Popal. Nikki Dryden, who swam for Canada at two Olympic Games, worked with an Australian lawyer to complete the visa applications for the athletes, which included two Afghan Paralympians.

FIFPRO thanked Foster and Dryden, among others, for their efforts and urged the international community to ensure that the players receive the help they need in their new lives. 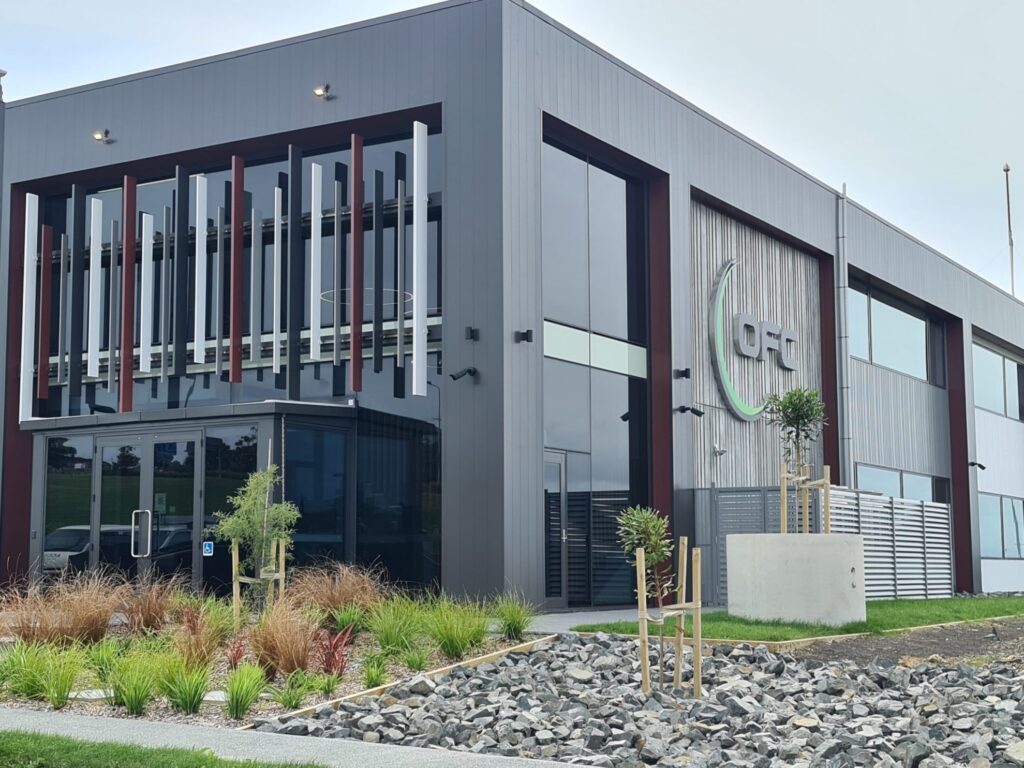 The Oceania Football Confederation (OFC) Home of Football has been completed – based in Auckland, New Zealand.

The complex, which has been gifted the Māori name Te Kahu o Kiwa, is predominantly an administration space. The building also features two artificial pitches and dressing rooms that are capable of hosting elite matches.

“Receiving the resource consents and watching this project come to life has been one of my highlights at OFC,” Castillo said.

“We’ve been based in Penrose for many years and to finally complete this project is a relief.

“It’s going to be a refreshing change for us all and from an organisational standpoint Te Kahu o Kiwa will house many opportunities to develop players, coaches, officials and administrations across the region.”

FIFA has been a major contributor to the project, expressing their delight at seeing a finished project for the OFC and its Member Associations.

As the major contributor to the project, FIFA said it is pleased to see the completion of an attractive, modern and welcoming Home of Football for the OFC and its Member Associations.

“We give credence to the value added of the OFC, who have achieved this key milestone, for its staff and the region,” Sanjeevan Balasingam said, FIFA’s Director of Member Associations Asia and Oceania.

“What makes this project special is the design of the building and its spaces, where people can work, meet and talk, all for the betterment of football.

“The facility underlines one of OFC’s key objectives of being a modern and progressive organisation, firmly focused on the future.”

UEFA Assist, a development arm of UEFA in place to support other Confederations and their members outside Europe, played a key role in providing the significant funding needed for the Home of Football.

“We are truly delighted to have supported the OFC Home of Football project over the last few years and look forward to visiting the new premises when travel restrictions are lifted,” Eva Pasquier said, Head of International Relations at UEFA,

“The Oceania Member Associations now have a new home where they can meet, discuss and further develop football across the entire region, and this would not have been possible without the dedication and hard work of the entire OFC team.

“We congratulate them on this fantastic achievement.”

The former home of OFC at Mt Smart Stadium will be repurposed as a high-performance academy for the region.

The completion of the project will be marked with a formal inauguration by the end of June 2022 – if travel restrictions allow for the attendance of FIFA, UEFA and OFC Member Associations. 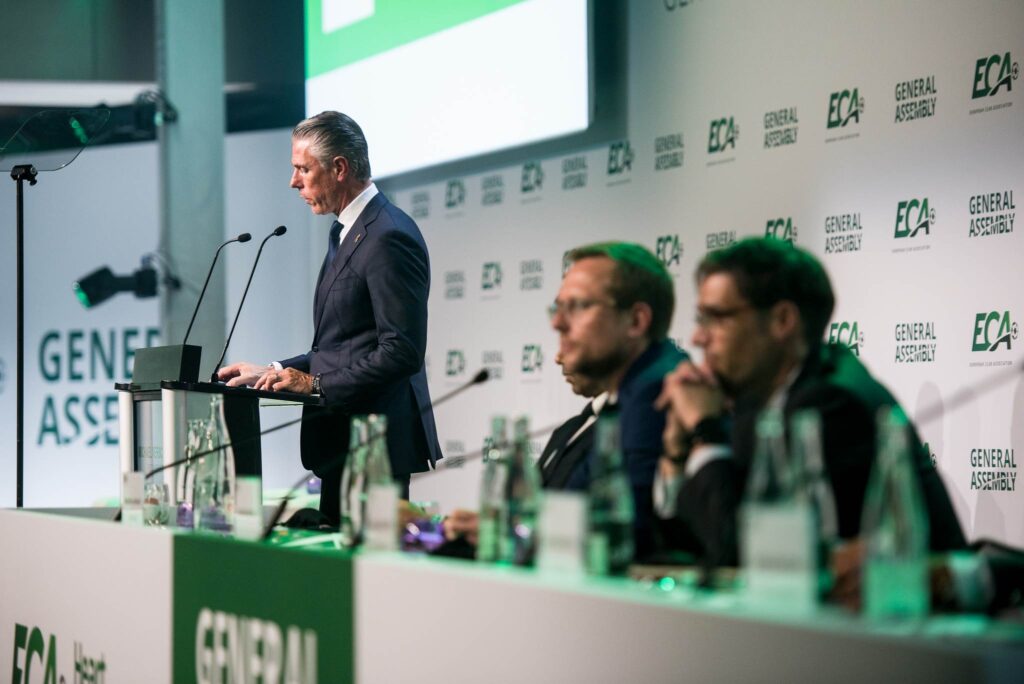 Members of the European Club Association (ECA) got together virtually to hear updates, exchange opinions and express views on a number of important topics relating to the future of professional football. This forms part of the Platform for Executive Consultation (PEC), organised by the ECA periodically.

First established in 2017, the PEC meetings aim to increase dialogue between the Executive Board and the wider membership, as a means to deepen engagement and input around decision-making.

This latest meeting comes as football continues to grapple with longstanding challenges that have been further highlighted and exacerbated by COVID-19, which require urgent and detailed consideration to ensure outcomes meeting not just short term needs, but provide solid foundations to secure the game’s sustainable future.

This is the responsibility all football stakeholders are faced with at this most critical time in the game’s history, where the ECA is focusing its full attention and resources.

ECA’s Executive Board values the feedback and input from the ECA’s membership as a means to help it shape ECA positions across key topics in an informed and inclusive manner.

Topics that were addressed included:

The Executive Board will reflect on the exchanges and feedback received as it continues its work in developing ECA positions across all of these critical matters, which will form the basis of exchanges with FIFA and UEFA in reaching outcomes to secure football’s long-term stability, sustainability and success.