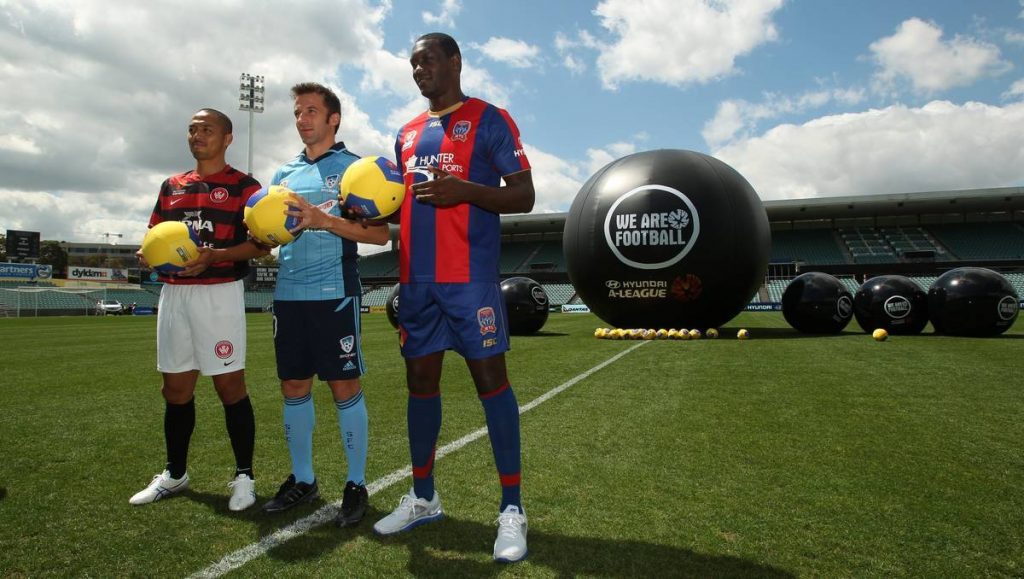 Ever since the inaugural A-League season, clubs have been consistently on the lookout for marquee players. Players that are no longer in their primes, but are enough of a household name for fans to recognise.

It’s a simple, yet smart method of putting butts in seats and in most cases, genuinely adding to the quality of your side. It also puts the A-League on the map and helps to generate worldwide interest.

In the midst of rumours that Liverpool striker and Premier League star Daniel Sturridge could make a move Down Under this offseason, now’s as good a time as any have a look at the impact marquee players have made in the past.

It’s also a good opportunity to analyse whether the consistent use of such players has impacted on Australian football in a positive or negative manner.

We don’t need to look too far back to see who some of the biggest marquees were. Alessandro Del Piero, David Villa, Emile Heskey and most recently, Keisuke Honda.

These players amongst more are some of the best footballers their countries have produced, making their names in the biggest leagues in Europe. It’s no surprise that at least financially, they were a success in the A-League.

Del Piero, a World Cup winner and genuine legend of the game signed for Sydney in 2012. After over 500 appearances for the Bianconeri, he made the move to the Harbour City. Bear in mind that at the time, he turned down a move to Liverpool, one of the biggest clubs in Europe.

So it wasn’t as if his absolute best was behind him. He still had a lot to give.

He subsequent 24 goals from 48 games in the A-League goes a long way to proving that. He was still a star.

Emile Heskey joined the Newcastle Jets that same season and his impact, safe to say, left a little to be desired.

A solid first season was followed by a dismal second season, which saw him depart the club with a goal to game ratio twice that of Del Piero’s.

David Villa had the shortest stay of the four, managing four games at Melbourne City whilst out on loan from MLS club, New York City FC.

Despite his brief run, Villa garnered a following from all fans of Australian soccer, simply because he was still seen as a player in his prime. It was a real shame to have him leave so soon, but it will have done no harm to anyone or anything.

Finally, Keisuke Honda played at the Melbourne Victory this season and in short, he made a massive impact. One of Japan’s greatest ever, someone’s who’s travelled the world and been good wherever he’s been. Victory were lucky to have him.

But one has to think that with all these successful marquees, what’s the flip side of the coin?

Massimo Maccarone wasn’t the worst marquee in A-League history, but he was far from the best. He had been a modest striker at clubs like Empoli, Siena and Middlesborough.

However, as someone most fans won’t know, someone who was 37 when he arrived at the Brisbane Roar, some if not most may think that he, along with other marquees who had limited impacts, take away opportunities for youngsters.

In the past, we have seen numerous players who have been on A-League rosters move to NPL clubs across Australia, due to lack of opportunity.

One player we can pinpoint is current Avondale FC player Joey Katebian.

At just 23 years old, Katebian still has his best years ahead and for any A-League club, his ability and his age would present a great asset. But that’s not how the Melbourne Victory and Brisbane Roar saw it.

Katebian was forced to reevaluate after limited opportunities at the A-League clubs, with a mere five appearances combined from 2015-2017. He made the move to the NPL before the start of the 2018 season.

In 2015/2016, during his time at the Victory, Katebian was forced to compete with marquee players Fahid Ben Khalfallah and Gui Finkler. Whilst those two helped the Victory achieve good results in the league and abroad, Katebian didn’t seem to be in future plans for Kevin Muscat’s side.

It was much the same at the Roar. Katebian joined prior to the 16-17 season and was made to compete with seasoned attacker, Spaniard Manuel Arana.

Arana managed 18 games with no goals to his name, whilst Katebian was barely sighted.

Now we don’t know the full story behind why Joey wasn’t played too often by his A-League clubs, but it is fair to assume that the marquees were considered before him at just about every opportunity.

Now averaging a goal every two games and a proven talent at the level, A-League clubs should be looking at Katebian.

And he isn’t the only one who has been overlooked by A-League clubs in favour of marquees, despite their potential.

Jake Brimmer of Perth Glory is a great example of when prolonged gametime helps develop a young player into a pivotal member of a footballing side. In the case of Perth, he helped them make a Grand Final this season.

When done right, signing marquee players can do wonders for an organisation. But when done wrong, it can set the future of the club back several years.

Soccer is the most popular sport amongst youths in Australia. We should be giving them the most opportunities.