Coaching courses on the rise for Football Queensland Football Queensland (FQ) will have 28 coaches that are going to complete part one of their FFA/AFC ‘B’ Licence for the state at Meakin Park this week.

They will be helping aspiring coaches in the second step of the FFA advanced coach pathway.

Hedges spoke about the need to introduce these courses and programs as the demand for advanced coach education continues to grow.

As part of the 2020-2022 Strategic Plan for football in Queensland, FQ have recognised the need to improve coaching development and the opportunities for this on offer.

“This is our second course this year, and we are scheduling two or possibly three for next year on the back of a record number of ‘C’ Licences in 2019,” Hedges said.

“We are very lucky to have four instructors with differing experiences for our course this week, the benefits of which have been shared with the candidates in attendance.

“The increased instructor to candidate ratio has been very beneficial for the learning process, and the calibre of candidates produced so far has been first class.”

All coaches will participate in this course during February of 2020, with the aim being to complete part two at that time.

FQ also have plenty of upcoming coaching courses in 2020, with those interested required to register once they have a validated 8 digit FFA number.

There are programs suited to everyone, with the main ones listed below:

Most of these programs are held during February and March next year, but some can be completed in later months.

For details about all of the coaching on offer during 2020 and how to register for a course of interest, you can find it here: https://footballqueensland.com.au/2019/12/06/growing-demand-for-advanced-coach-education-courses-in-queensland/ Graham Arnold’s recent comments on ABC Grandstand in regards to the lack of funding and support given to Australian football’s junior national teams, were laced with frustration.

The Socceroos boss is currently fulfilling his second most important job and attempting to guide the Olyroos to the 2020 Tokyo Olympics via the AFC U-23 Championships in Thailand. It would be an impressive achievement should the former Sydney FC manager pull it off, with Australia having failed to qualify for the previous two games and only ever twice advancing beyond the group stage.

That reality is a far cry from the Olyroos inaugural appearance in 1992, where a creditable fourth place was achieved in Barcelona. Since, things have been lean. Until now that is.

Watching potentially the best crop of youthful talent we have seen for some time advance to the semi-finals has been thrilling.

Al Hassan Toure’s extra-time goal against Syria sent Australia into the final four, with all remaining countries well aware that there are only three spots up for grabs due to Japan’s automatic qualification as hosts.

Draws with Iraq and Bahrain, along with an absorbing win over Thailand in the group stage, preceded the victory over Syria. Now South Korea becomes the next target, with Arnold’s men confident and more assured as they move within one victory of a ticket to an Olympic experience.

Arnold’s frustration around the money and support given to Australia’s best young footballers stems from his immense experience as a domestic and international player, championship winning A-League manager and his current role as the mentor of both the Olyroos and Socceroos.

The 56-year-old made it abundantly clear of his dissatisfaction at having just two of his Olyroos with experience in and around the Socceroos squad; gaining experience and knowledge.

Opposition teams in Thailand are nurturing their youth, exposing them at the top level and preparing for the next generation of footballers. They do so by investing money and resources that in turn create more matches and tournaments within which their national team competes. That allows for developmental players to enjoy a taste of what potentially lies ahead in their careers; creating a fluid link between the U-23 squad and the full national team.

Both Bahrain and Jordan arrived in Thailand with six players having already been granted full national caps. Arnold’s disappointment lies in the fact that of his squad, Thomas Deng has just the solitary appearance for the Socceroos, whilst Alex Gersbach has played six times in full national colours.

Sadly, without further investment and subsequent opportunity, Arnold’s Socceroo teams will continue to be picked with limited developmental intention. The current reality for the Socceroos is World Cup qualification and Asian Cup play or bust, with an absence of further friendlies or tournaments for the manager to see the next wave of Socceroos perform.

When combined with the fact that many of Australia’s best young players are given only limited opportunity abroad with their clubs, it could be suggested that Australia’s talented youth is playing less football than many of their counterparts across the globe.

Despite Arnold’s concerns and the need to address the current structures and level of investment, the squad has taken a typically Australian approach to its work in Thailand, punching well above its weight and now seeming capable of winning the event.

Even without the recently returned from injury Daniel Arzani and the suspended quartet of Lachlan Wales, Nathaniel Atkinson, Brandon Wilson and Riley McGree, the team has gelled under Arnold. Nicholas D’Agostino, Reno Piscopo and Toure have announced themselves to the football world.

Tom Glover looks a goal keeper of immense promise, whilst Dennis Genreau and Connor Metcalfe appear to have a kit bag of tools that should one day seem them as important members of the Socceroos. With McGree permitted to play in Tokyo should Australia qualify, Arzani back into calculations and Arnold keen to increase the opportunities for a selected group of Olyroo players with a trip to the Copa America this winter, the future holds much promise.

No doubt Arnold will remain frustrated in the near future; desperately keen to see more of what appears to be an exciting wave of talent appearing in Australia. Vast sums to invest are simply not available in the current climate and shrewd management of resources is required to ensure that these young emerging stars fulfil their potential.

As for now, let’s hope they keep punching well above their weight, despite the challenges, and find their way to the Olympics for the adventure of a lifetime. 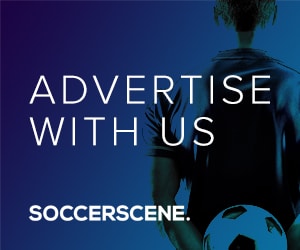 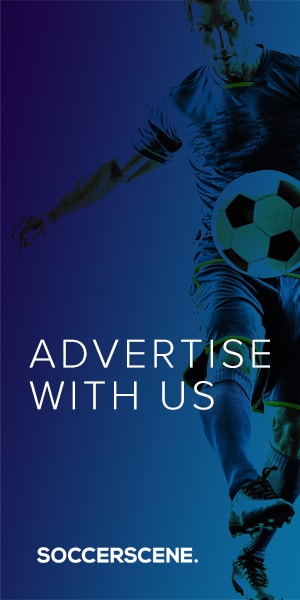