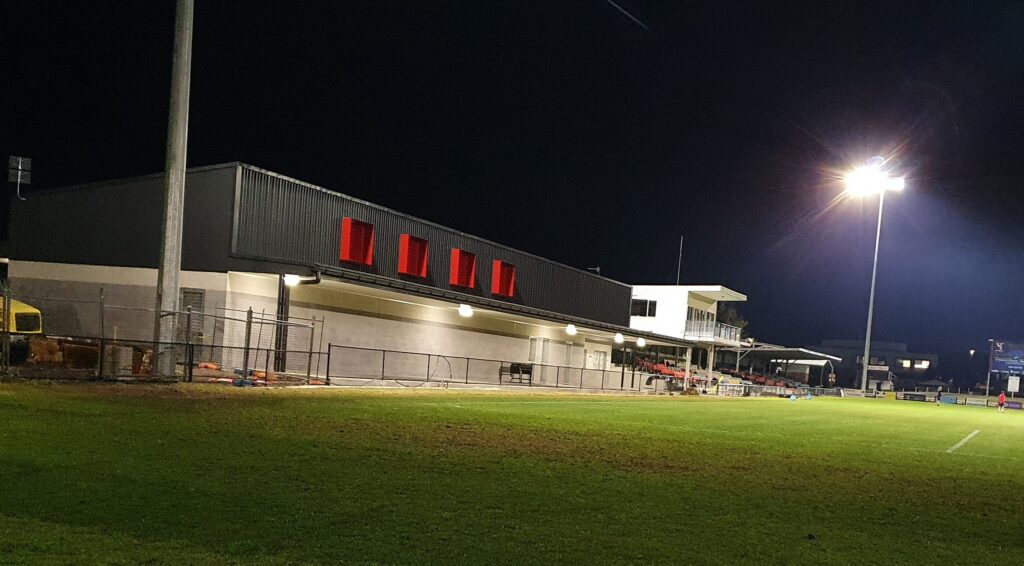 The club, which celebrated its 125th anniversary in 2017 and currently are coached by former Newcastle Jets forward Michael Bridges, have gradually developed their home-ground Jack McLaughlin Oval into the veritable home of football it is today.

12 premierships in the last 22 years means that the Eagles are undeniably one of the leading clubs in the Northern NSW National Premier Leagues division. Their investment in upgrading their player sheds, car park, canteen and toiletry facilities will mark a major step towards being a dominant force within the Northern NSW sporting community.

For Warren Mills, Football Director, Treasurer, long time committee member and clubman at Edgeworth Eagles, the prospect of getting the infrastructure upgrades underway was an exciting one.

“It’s gone ahead now, it’s nearly a $1.5 million dollar development and we’re losing a bit of our land, but the car park outside is getting refurbished as well as there being a new entrance in the middle of the ground. So, there’ll be two entrances, an electric car charging port and an even bigger car park, which is all very exciting,” he said.

“The fact of the matter is, there’s no one worse off than us. Jack McLaughlin Oval is the only facility we’ve got and we’ve gone from three senior teams to four youth teams and eight SAP teams. Compared to seven years ago (and the 100 odd years before hand) we’ve now got fifteen teams.”

Mills drew comparisons of Edgeworth’s latest refurbishments to the setup at English League One side Sunderland AFC in the ‘Sunderland ‘Til I Die’ series.

“I’ve been running Edgeworth FC for the last 25 years, so, it’s been a long road and I’m probably getting a bit long in the tooth,” he added.

“We’ve spent about $600,000 of our own money and about $150,000 through grants over the last eight years. We’ve put in over a quarter of a million dollars’ worth of floodlighting – we’re the only NPL club that would have 500 Lux on their ground.

“We managed to get 25 $480 sponsors in order to cover the costs for player booths to be installed, as well as ice baths and tiles. Very similar to what you would’ve seen in ‘Sunderland ‘Til I Die’ with their dressing shed, we’re putting about $15,000 into our setup.

“So, to get these new facilities along with all the work we’ve got out there – the clubhouse and everything else – it’s going to be a pretty fair setup.”

When asked to reflect on the massive changes that Mills has led the club in undergoing over the years, the Edgeworth stalwart acknowledged the hard work of all involved.

“It’s massive. When I first went out there, there were a couple of old stands and it was falling apart. It’s been a lot of hard work, but I think whether you’re a player, an administrator or whatever the main reason you do it is for all of the friendships you make. The friendships you make through sport are what keeps you going,” he said.

“We’ve got a lot of great people on the committee who are great friends and we’re very fortunate that three or four of our main five people involved at the club don’t have sons playing at the club, and I think that helps not having an attachment and doing it for the football.

“This particular development has been with the Lake Macquarie City Council and they’ve done an awesome job. We deserve this support and we certainly needed new facilities.”