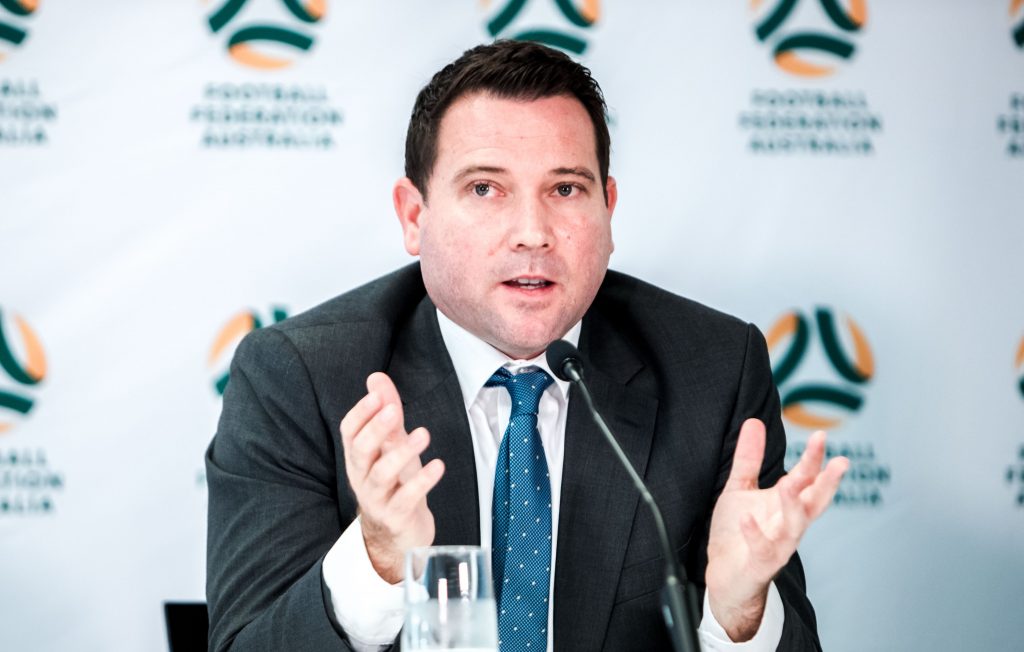 Due to the ongoing COVID-19 situation, Football Federation Australia has had its hand forced, standing down around 70% of their workforce.

Many Australians have lost their jobs as a result of the coronavirus. Now, the FFA has been forced to cut costs in an attempt to stay afloat during this crisis.

FFA CEO James Johnson described the decision as unfortunate, with not much choice but to make this tough decision.

“These developments impact many forms of revenue for FFA, including national registration fees, broadcast fees, sponsorship, ticket sales and government funding, so we have needed to adjust our operations to ensure that we can remain operational, forcing us to take the unfortunate decision to stand down approximately 70 per cent of our workforce.

“We have an incredible team here at FFA, and I am immensely proud of the work everyone does for football in this country. We have explored ways to retain as many staff as possible, including reducing essential roles to part-time, and asking staff to take annual leave and long service leave. Unfortunately, a number of staff members will have a period of leave without pay.”

Although the 70% cut seems like a high number, it is possible that there could be more should the situation worsen in the coming days.

At the time of writing, over 4,000 Australians have tested positive for COVID-19 with numbers expected to grow exponentially.

Whilst over 200 people have thankfully recovered, 17 people have lost their lives, with a Tasmanian woman in her 80’s the latest victim.

These staff cuts aren’t decisions that companies would make willingly. Obviously, this situation is unique, confusing and utterly terrifying and we don’t envy the decisions that are made by higher-ups.

On the flip side, it’s extremely saddening to see so much of our Australian soccer workforce be told that they are not required at this time.

Many of them would rely heavily on their employment, as do millions of Australians in other industries. Unfortunately, the FFA is the latest to succumb.

They’ve done the right thing by as many people as possible, as per Johnson’s statement. Many have been asked to take annual or long service leave, until this all blows over.

However, Johnson went on to add that there would still be a contingent of staff that would go without pay, going to show just how serious this situation is.

This news comes as the A-League finally postponed their season to avoid any players contracting the coronavirus.

The A-League was the final national competition in Australia to call off their season until further notice, with players, staff, officials and coaches now left in limbo.

Only eight days ago, the Australian Football League made the same decision after one round of fixtures. The NRL, despite initial intentions to go ahead with their season as per normal, eventually followed suit.

This situation is dire and there was always going to be a large number of people in the sporting industry that would unfortunately, lose their jobs.

Again, these extremely challenging circumstances have led many employers to bite the bullet and let employees go. Johnson and his team wouldn’t have made these cuts on a whim.

That’s not to say that we shouldn’t feel for those in these tough predicaments. All we can say is that during these times, stay home, stay safe and above all else, look after each other.

As a community, we can get out on the other side of the tunnel. It may be bleak now, but together, through common sense and perseverance, we can reach the light.