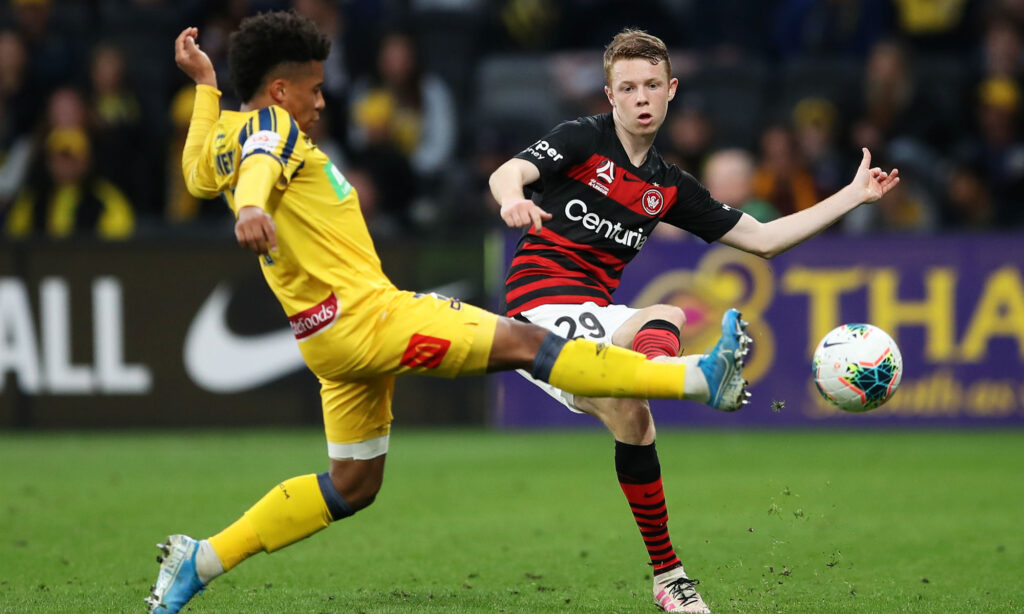 A lack of consistent talent-production has cast the spotlight over Australia’s youth pathways in recent years, a topic that has generated robust discussion in football circles.

With many in the industry calling for change, it was a welcome sight when in July, Football Federation Australia (FFA) released its ‘XI Principles’ discussion paper. The document was generally well-received and among the key issues James Johnson and his team addressed was the requirement for a systematic revamp of Australia’s youth system.

According to principle five, FFA will seek to ‘Create a world class environment for youth development / production by increasing match minutes for youth players and streamlining the player pathway.’

And that starts by revamping the Y-League. As it stands, 10 clubs make up Australia’s national developmental and under-23 reserve league, forming two conferences.

In principle, the league fits a purpose, but in practice the system is not providing anywhere near enough high-level football for youngsters, certainly not since structural changes were made that hamstring the progress of Australia’s youth prospects..

The 2015-16 season saw a new format introduced whereby the Y-League’s regular season was reduced from 18 games per team to a meagre eight (with potential for nine including a grand final).

Part of this reduction in games was due to budget cuts, another part due to FFA’s desire for players to use the NPL system as a developmental tool. On paper this seemed reasonable, but it has proved counterproductive, as talented youngsters are often torn between multiple commitments, causing a severe lack of continuity.

Although A-League clubs can enter their academy teams into their respective state’s NPL competition, elite players are playing a mixture of Y-League, NPL and the A-League games, the latter usually in a substitute or benchwarmer capacity.

This lack of consistency is creating a massive void in player development during what are some of their most critical years.

Earlier this year, Professional Footballers Australia (PFA) published an extensive report reviewing the national youth competition through historical analysis and player surveys. In an interview with pfa.com.au regarding the report, Guinean born Australian youth-level star John Roberts had the following to say.

“The Y-League is only eight games, and sometimes you don’t play eight, maybe it’s just four or five because you’re trialling with the first team or you’re the 17th or 18th man and you don’t get to play. In my opinion, for young players I think the youth league needs to go to a full season because I just think it will benefit us young players, it will give us more opportunity when we’re not playing.”

“But after the youth league finishes, you have to wait a while and then play NPL1 or NPL2 or just wait for your opportunity in the A-League.”

“You have to play regularly in higher competitions. If you’re playing NPL1 or NPL2 and you get called up into the A-League, the intensity of the game is too different because you’re not used to that and you don’t play in a high enough competition.”

The full interview with Roberts can be found here.

Among the notable results published in the report were that 90% of players believe the Y-League season should be extended and that only 20% of players who have graduated from the Y-League over the past five years went on to make an A-League appearance.

The findings led PFA Chief Executive John Didulica to state “In its current format the Y-League does not meet the needs of the players, A-League clubs or Australian football.”

The lack of youth production has predictably influenced the national setup, with Australia’s Under-20 team failing to qualify for the FIFA Under-20 World Cup for a record third consecutive time.

With the Y-League’s structural changes in 2016 clearly not having their intended impacts and FFA’s 2017 closure of the AIS, changes need to be made.

The solution may simply involve favouring the decentralized, academy-first approach which FFA has created but designing an environment which complements it. Something akin to the National Youth League of 1981-2004.

Extending the Y-League to run parallel to the A-League as a genuine reserve grade competition would allow players to fully commit to their academy side. This would mean ample minutes, plus a guarantee of continuity that does not currently exist for players who are forced to rebound between Y-League, NPL and occasionally A-League clubs.

While in theory this could harm NPL teams if their talented youngsters are poached by academies, it could create a perfect opportunity for FFA to implement new rules and regulations surrounding player transfers and compensation that would form part of an improved transfer system.

This is something the federation has stated it wishes to achieve through principle number three, in which FFA states in intention ‘To establish an integrated and thriving football ecosystem driven by a modern domestic transfer system’.

There are undoubtedly factors, mainly commercial, which would dictate the validity of these ideas, but the game’s top administrators do need to act, or Australia will face the risk of losing its next generation and fading from international football relevance.

Football Victoria’s Multicultural Settlement Program is continuing to build connections within the community and provide opportunities for newly arrived families through the power of football.

Newly arrived Afghan, Karan and African families united for a day of social football and fun, connecting through a shared love of our game. Following the successful initiative, eight of the participants are preparing to transition into their local football Club, located in Corio.

While the Multicultural Settlement Program has created pathways for Miniroos to connect with their local football communities, it is also assisting young leaders to make the step into coaching through paid casual coaching opportunities.

Prior to the weekend’s trip to greater Geelong, the program worked alongside up and coming coaches Suliman and Asfaw. 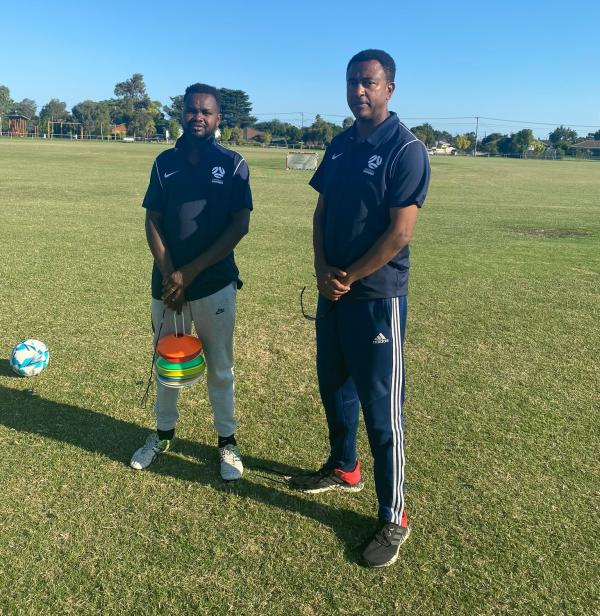 The pair have played a key role in introducing football to Culturally and Linguistically Diverse children to students from the WELS Language schools in the Sunshine and Melton areas by hosting free football programs over weekends.

As a result of their their tremendous commitment to growing our game, the Multicultural Settlement Program was able to employ them on a casual basis and provide new equipment for them to continue to run their programs. 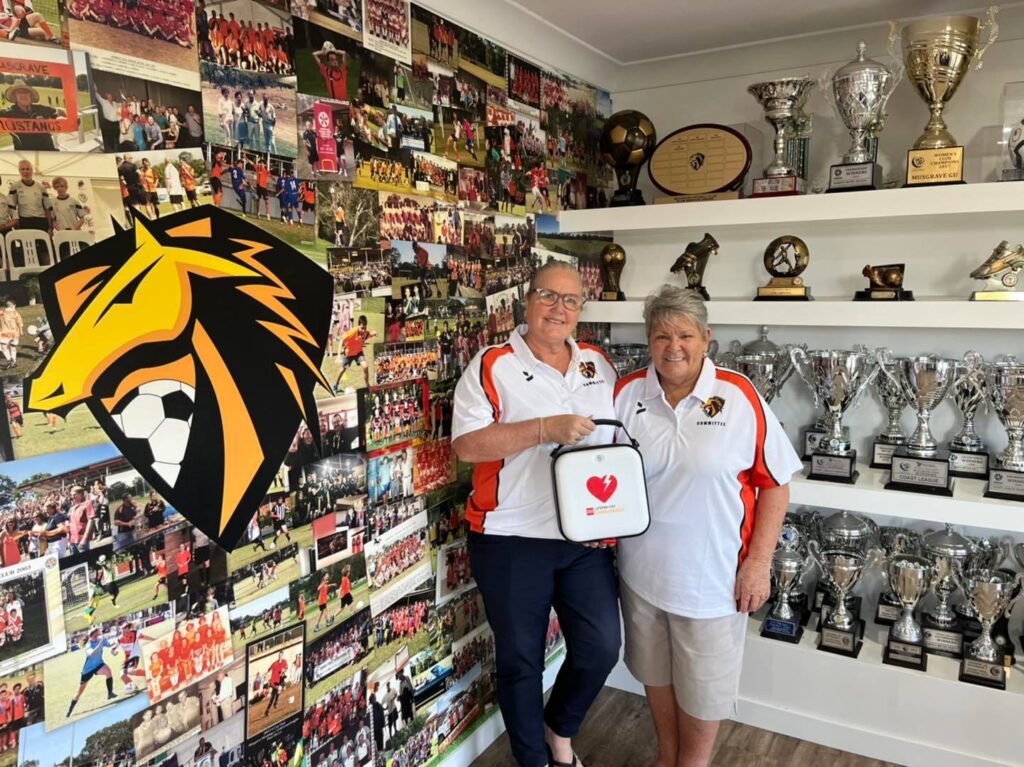 The scheme provides life-saving Automated External Defibrillators (AEDs) to the FQ community, helping to ensure the safety of match-goers and staff in case of a heart-related emergency.

It’s a point of pride for President Michelle Shultz, and an achievement the club is celebrating.

“It’s something you hope that you never have to use but it’s something we wanted to make sure we had. All the members were really supportive and wanting to help achieve it.”

It has been reported that every year, over 33,000 Australians go into cardiac arrest. Many of these cases occur without immediate access to a hospital or medical care, and only an estimated 9% of people survive.

Having access to an AED increases the likelihood of survival by up to 600%. The program aims to increase the whole community’s safety and keep those numbers low.

“You not only think of your own members, but the entire football community,” Shultz said.

“You hope you never have to use it but if you do, you’ve got it there to help anyone in the community. It’s a good feel that you can help out.

“The program includes 15 people to be trained in your club at a free cost to learn how to use it. It’s something that has brought it to our attention – that we should have more people who understand how to use CPR and things like that. We’re also organising a first aid course in our club at the moment.”

Shultz encourages every other club still raising money to keep up their efforts.

“Every general meeting we’ve had, we’ve mentioned that if everyone could support it, every cent could save a life,” she said.

“We had plenty of members either range from $10 to over $100 donated. It’s making people realise that you don’t have to donate $50.

“If you have 300 members and everyone put in $10 that’s $3000 straight away. It’s not like everyone needs to have a huge amount, but it’s something that can help. If it can save a life, how important is it?”