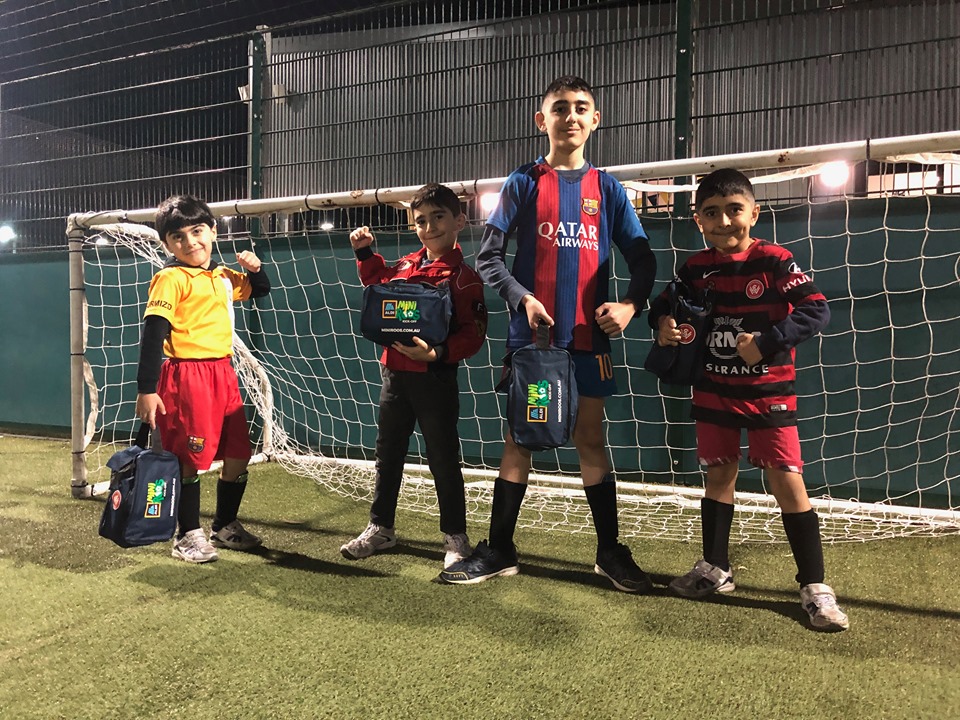 The recently established ALDI MiniRoos Settlement Program, organised by Football NSW together with CORE Community Services has become quite the success story.

A statement from the Football New South Wales can be found here:

Its purpose to provide children between the ages of 4 and 11 who have experienced adversity in their lifetime with the opportunity to learn and play football.

The introductory program based at Ultimate Soccer in Fairfield embraces football as a way to endure the social challenges they face in the community.

It helps kids stay active, make friends and learn English on the go, while coaches teach them the fundamentals of football so they too can fall in love with the game.

Through the ALDI MiniRoos Settlement Program, the kids received a bag and ball bearing the Western Sydney Wanderers’ logo, shin pads, a water bottle and stickers in their participant packs; while the coaches were also provided with a delivery kit, inclusive of pop-up goals, cones, bibs, etc.

It’s a gesture of goodwill to encourage them to continue with their active lifestyles outside the program and practising football, while giving the kids some added responsibility, to bring the ball to each session.

Hind, a mother of 3 boys involved in the program was delighted to be offered an avenue to football for her kids.

“The program is great because it brings everyone together and there is a real sense of community.”

Before arriving in Australia from Syria in July 2016, Fouad coached at a high level with Al-Khabur SC and played as a goalkeeper but ultimately his passion was to become a goalkeeper coach.

Mariam’s dream is to one day become a professional football and play for her beloved Matildas but knows the difficult road ahead and the dedication it takes.

CORE Community Services’, Aylin Yokhana is the lead case worker for the ALDI MiniRoos Settlement Program and initially started the football program with the help of the Telskuf Association and Fouad and Mariam.

Football NSW through the connections with various migrant resource centres then contacted CORE Community Services and eventually combined to provide additional resources in coaching, equipment, field hire and football packs for the kids with all the essentials.

After the success of the first ALDI MiniRoos Settlement Program, CORE Community Services again linked up with Football NSW to organise a coach education night for adults on Thursday 1st August.

The event was held at Fairfield Hotspurs’ home ground at Prospect View Park and assisted by CORE representatives and the Telsfuk Association for the purpose of translating.

Football NSW’s Kevin Guardado Amaya delivered the program, where coaching experienced varied from never having coached before to an Olympic Football Team coach.

Once certified, participants will hopefully take up coaching at their local clubs next season.