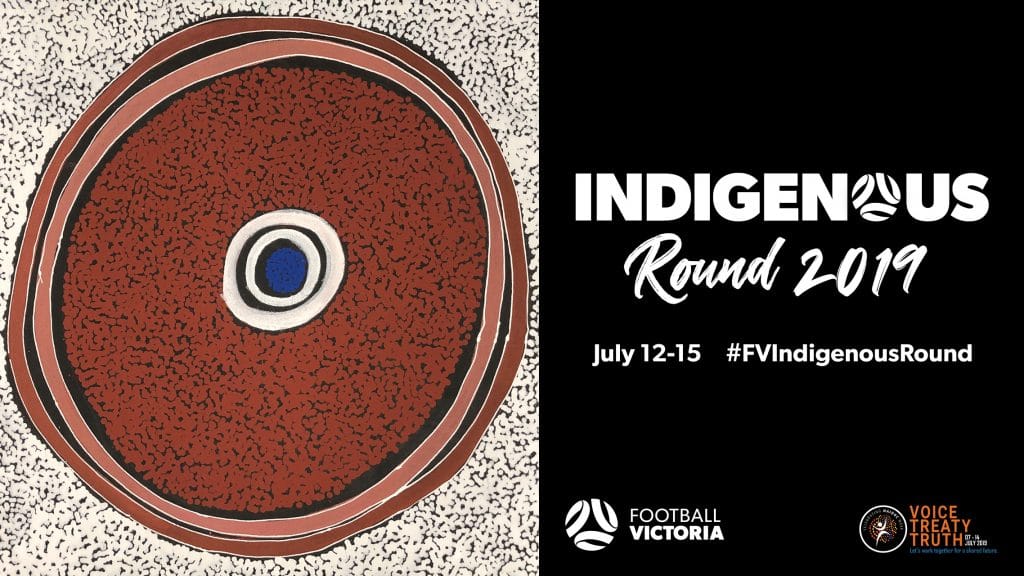 Round 21 of NPL Victoria will be the inaugural Indigenous Round between July 12 and 15.

All clubs and competitions from Victoria will take part in an Indigenous Round that recognises past contributions.

With 2019’s NAIDOC Week falling between the 7th and 14tn of July, it marks a time where people can celebrate the history, culture and achievements of both Aboriginal and Torres Strait Islander peoples. The focus being a week to respect those from all walks of life.

A feature of the Indigenous Round is having the cultural artwork, created by Stan Yarramunua. Its significance begins with the white representing the milky way, while the two rings separating the white and brown dots represent both males and females. The brown dots signify community and the inner circles represent land with the blue characterising waters.

This historic round will start a new tradition and something that can build for years to come. Current Hume City player James Brown is also Football Victoria’s Indigenous Programs Co-ordinator and is just one of many indigenous Australians taking part in the game.

To commemorate Indigenous Round, the following will be able to take place:

Clubs can also add #FVIndigenousRound to their posts and share any related content to all their social media outlets.

Football Queensland has announced the launch of Be23Ready to coincide with the July 20 FIFA Women’s World Cup Australia and New Zealand 2023 One Year to Go milestone.

“The biggest global women’s sporting event coming to our shores in 2023 represents a huge opportunity to leave a lasting legacy for our game,” FQ CEO Robert Cavallucci said in a statement via Football Queensland.

“Football Queensland has recorded significant growth in female participation over the last two years, and with the FIFA Women’s World Cup 2023™ on the horizon there has never been a more crucial time to develop pathways and opportunities for even more women and girls to join our game.

“With participation numbers continuing to surge in the lead-up to the tournament, the Be23Ready initiative has been designed to equip clubs across the state with the tools to build more positive, welcoming and inclusive environments for female participants across all areas.”

“Football Queensland is committed to supporting our clubs at all levels of the game to not only prepare for an increase in female participation, but also to deliver high quality experiences for all club members to ensure we keep women and girls engaged in our game.

“As part of Be23Ready, we’re providing all clubs in Queensland with a Club Assessment Resource designed to help them identify areas for improvement and create an environment for female participants to thrive.

“To assist clubs in the completion of the resource, we will be delivering a series of Be23Ready webinars and are planning an FQ Club Road Trip to provide further on-the-ground support to clubs including tailored gender equity training.

“Football Queensland is also urging every club across the state to nominate a passionate club member to be their Women & Girls Ambassador to drive the club’s progress and work closely with FQ in the lead-up to the FIFA Women’s World Cup 2023.

“We’re excited to support our club members through this process as we work together to help our clubs across Queensland Be23Ready.”

Find out more about Be23Ready here. 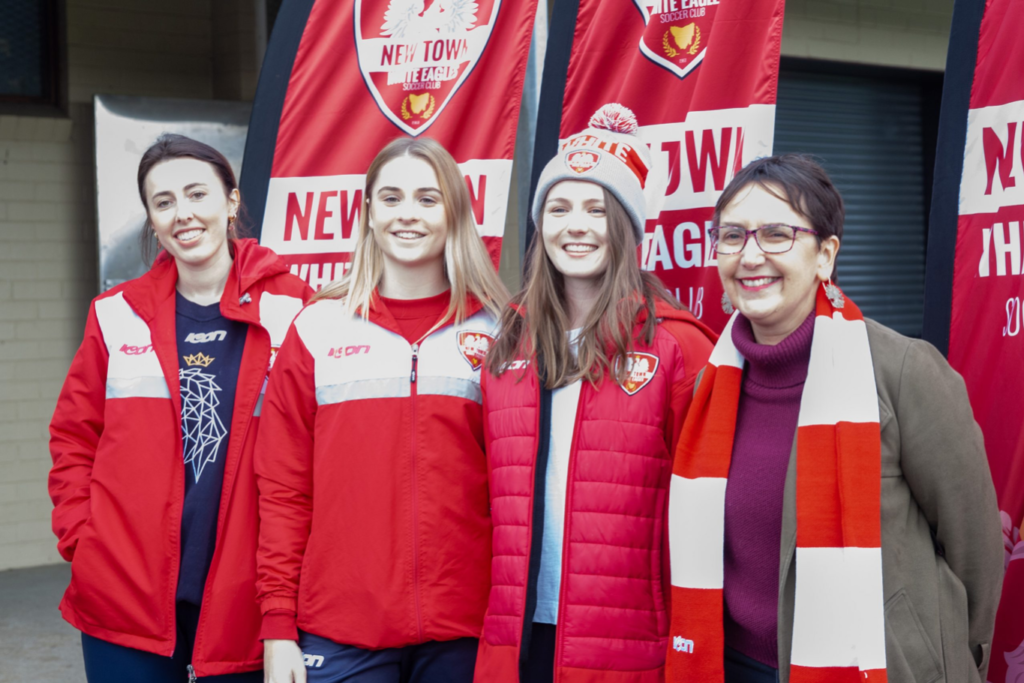 A $1.3 million City of Hobart project to help level the playing field for young women and girls has kicked off at the home of the New Town White Eagles Soccer Club with a major overhaul of the team’s change rooms and sporting pavilion.

The significant upgrade will see the old, separate toilet block demolished and replaced by new public toilets attached to the new sporting pavilion.

The project is expected to take up to five months to complete and has been partly funded through the Tasmanian Government’s Leveling the Playing Field Grants Program, which provided $450,000 for the project.

The City of Hobart is contributing another $850 000 to the project as part of its commitment to levelling the playing field for young girls and women and people with disabilities.

“Participation in women’s sport is surging across Australia, and the number and quality of sporting facilities plays a key role in encouraging and sustaining this growth,” City of Hobart Acting Lord Mayor Helen Burnet said in a statement.

“The New Town White Eagles Soccer Club, which calls Clare Street Oval home, is no exception, but the ability for more girls and young women to get involved with the club is hampered by the current condition of their change rooms and sports facilities.

“The current change rooms, which were built in the 1970s, have no accessible toilets or lockable showers and are poorly lit.

“This project will create a new, beautifully designed sports pavilion with four modern change rooms, two accessible toilets and ten lockable shower cubicles – it will also see two separate change rooms created for umpires with their own showers and toilets.

“The City of Hobart encourages greater participation in sport by everyone who wants to play and the upgrades to the Clare Street Oval change rooms will support this.”

“Some young sports people, including girls and people with disabilities, may have felt excluded previously because of less than welcoming facilities,” Burnet added via Football Tasmania.

“Everyone deserves safe and secure sporting facilities that help them be the best they can be at their chosen sport.

“The City of Hobart is pleased to partner with the state government to level the playing field for everyone.”