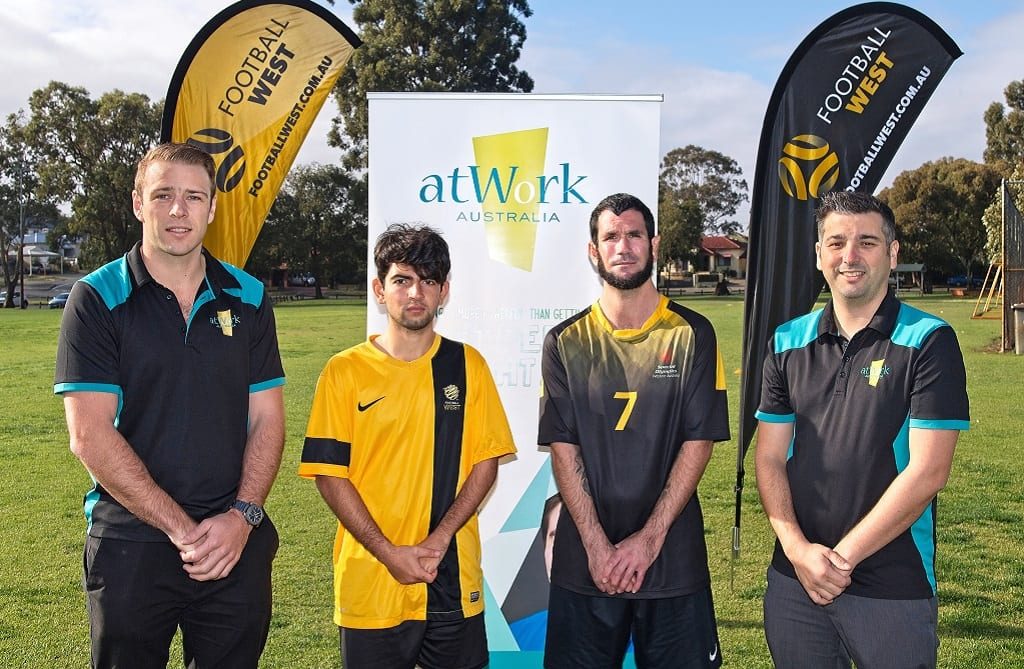 A new partnership between Football West and atWork Australia has been launched.

This recent development will see the two organisations come together until the end of the season – atWork Australia are the Offical Program Supporter of the All Abilities and Inclusion Program.

The importance of having an association like this linked with an NPL league is the connection it has that everyone should be entitled to have a fair go.

AtWork Australia is a leader in the employment services area who offer all Australians across the nation with a chance to apply for jobs and support them as they build better quality working lives.

In the past year, atWork helped about 7,000 Australians find work. It doesn’t matter whether someone has a disability, illness or injury – because they promote inclusiveness.

AtWork can support people with their goals and aspirations, build skills and get them ready for work by having them accustomed to the lifestyle. The skills developed will also help them do well in interviews to lead them towards employment.

AtWork has 30 offices in Western Australia and over 270 across the country, ready to assist job seekers from all walks of life. 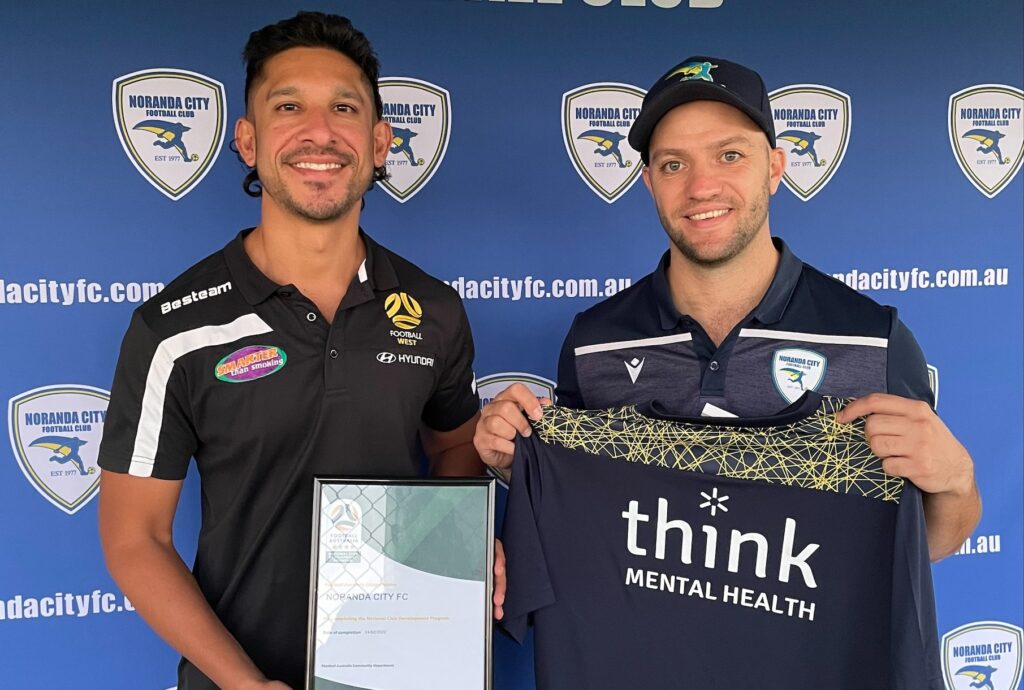 Noranda City have several reasons to celebrate their 45th anniversary season, thanks to hard work behind the scenes to develop the club.

Members are set to enjoy brand new changeroom facilities at their Noranda Sports Complex home, with a $750,000 investment from the Federal Government.

An upgrade to the existing two changerooms will extend the pre-existing building to include four new accessible changerooms – two for females and two for match officials.

The new facilities will increase participation at the club for women and girls, boost wider membership numbers and cater to users at the neighbouring Morley Noranda Recreation Centre.

Noranda City President Shaun Ennis views the project as one that would make a big difference in attracting and retaining members.

“Our club has been going through tremendous growth, and to allow us to go to that next level at Noranda City Football Club, we need these changerooms to accommodate more female participants,” he said.

“It is fantastic for Noranda City FC to be a recipient of this grant and I look forward to seeing the new developments positively impacting the club and community football.”

Laying the platform for an investment like this, Noranda City has been immersed in a range of club development activities to help build a stronger club. These include:

“Noranda City has been committed to becoming the best club it can be off-the-field. Congratulations to Shaun Ennis, the committee and all volunteers because these are the rewards for hard work,” Football West Club Engagement Lead Abid Imam said.

“The National Club Development Program was a fantastic exercise and we encourage every club to consider doing this with Football West as there is a lot that can be improved at every club.”

“We were excited to learn that by working with Football West over the past six months we scored a four out of five, which was fantastic to see.

“One major benefit we found was it allowed us to connect with the Healthway Think Mental Health program, which our club has supported this year by having this on our training gear. Thank you again for your support.” 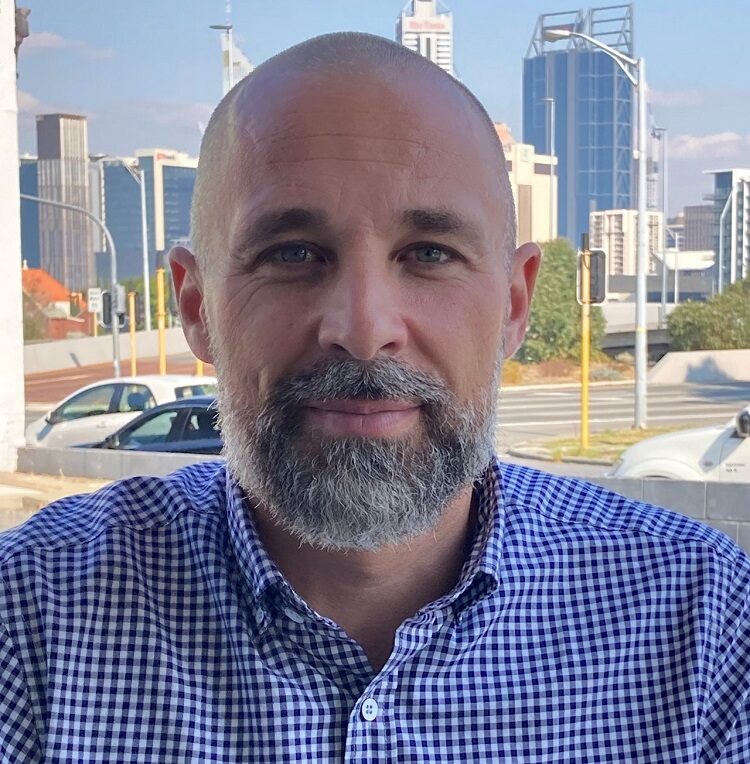 Ielati is a well-respected figure in WA football, having played for 15 seasons at Perth Soccer Club including a decade in the first team.

He will now oversee all of Football West’s football operations.

“I’m very excited to be getting back involved in football,” Ielati told Football West.

“When I was playing the governing body was still Soccer West Coast. But it has transformed into a much bigger body which caters for all areas of our game.”

Ielati’s role with Football West will involve leading a diverse team across all areas of football operations in WA. This includes Competitions and Clubs, Regional Football, Participation and Programs, Policy & Advocacy and Operations Support.

“What I have quickly realised in my first week, is that the team here takes care of an extraordinary amount of work,” he said.

“The challenge for me will be to find ways this can be completed more effectively, efficiently and to the highest possible standard. We need to strive for excellence in everything we do. My immediate priority will be to support the existing Football West team and enable them to do their best work.

“There are a number of competing priorities and stakeholders to satisfy, so it’s going to be interesting to find that balance. I’m very keen to get on the ground and speak to as many people as possible.”

Ielati was inspired by the chance to help shape the sport in WA.

“There are so many opportunities for football in the state and I want to make sure there is a good foundation in place to capitalise on these opportunities as they arise,” he said.

“As well as looking after our clubs and participants on a day-to-day basis, there is the opening of the State Football Centre, the 2023 FIFA Women’s World Cup, and the Football Futures Foundation which while in its infancy, is already making a positive impact on communities. It is thrilling to be involved.

“I previously worked in IT and more recently spent the last 13 years in the wealth management space. After selling my practice in late 2020, I took the opportunity to further my qualifications. I returned to full-time study and recently completed my MBA at UWA and became a Graduate of the Australian Institute of Company Directors (GAICD).

“Over the last 12 months, I had time to reflect on what I love and where I could add value and my mix of football and business experience brought me to this junction. I want to put that background to good use.”

As a defender between 1996-2006 – under coaches such as Gary Marocchi, Aldo Trinca and Graham Normanton – Ielati enjoyed plenty of highs at Perth SC.

“We won quite a lot of trophies and they were really good times. After I left the club and had kids, they went into different sports so I haven’t been as closely involved. But I still get to games and see the old faces. And although my two daughters are currently playing basketball, I’m confident I’ll soon have them using their feet!”

Football West CEO Jamie Harnwell sees Ielati as a great addition to both the Football West team and for the wider sport.

“Perry is a familiar face to people who have been in and around WA football for a few decades and only last month he figured in an Azzurri legends game against Floreat Athena. He knows football and the people in the sport.

“But he comes into the role with a strong business background and a clear vision of where Football West wants to go.

“It is terrific to have him in the role and he will provide great leadership to the Football West team and deliver for the WA football community.”