The new initiative Advance 11 gives MAs a platform to measure and benchmark their capabilities against a set of guidelines.

By implementing and following these structured set of guidelines, MAs can identify and evaluate their individual strengths and weaknesses.

Advance 11 is the AFC’s way of helping MAs to improve in all aspects of the game. The criteria is displayed as typical starting positions in a clear visual manner.

MAs will have Advance 11 delivered in three stages shown below, to ensure that optimum results are achieved: 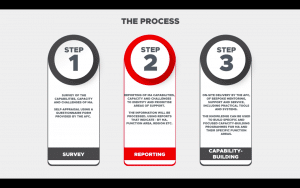 Advance 11 offers MAs the chance to address a wide variety of areas both on and off the pitch. La Liga’s charity FIFA 20 Challenge Esports tournament held over the weekend had more than one million viewers in total who tuned in, according to the Spanish top-flight soccer league’s organising body.

Collectively there were 18 teams from Spain’s top-flight who took part in the competition on 22nd March, which was streamed live via YouTube, Twitch, the LaLigaSportsTV over-the-top (OTT) platform, as well as on La Liga’s official social media channels to ensure everyone could get access to the coverage.

Barcelona and Real Mallorca weren’t allowed to participate due to their sponsorship with Konami – the makers of FIFA 20’s main competitor, Pro Evolution Soccer.

The tournament was organised by Esports commentator Ibai Llanos and endorsed by La Liga, where it took shape in partnership with Spanish banking group Santander, La Liga’s main title sponsor, as well as EA Sports, the producers of the most recent FIFA 20 title.

La Liga commentator Miguel Ángel Román joined Llanos in presenting the matches, and players gave interviews in the aftermath as an effort to replicate the feel of a traditional match day experience.

The tournament was created and launched whilst the La Liga season is suspended amid the coronavirus pandemic. The final itself saw more than 170,000 viewers tune in as Real Madrid striker Marco Asensio beat Leganés player Aitor Ruibal to claim the title.

La Liga has said that it is also carrying out further analysis to clarify the tournament’s reach via the #LaLigaSantanderChallenge hashtag, which was shared by influencers, clubs, and players, as well as Movistar and La Liga’s US broadcast partner, BeIN Sports.

Judging by the numbers for this tournament, it proved to be the winner as gaming proves popular while people are having to self isolate.

The EA Sports FIFA franchise has connected fans all around the world, continuing to be a popular source of competitive online gameplay.