“This is the most exciting football news this country has ever seen, other than qualifying for the 1974 and 2006 World Cups. For me, this is the biggest global event the country has ever won the hosting rights to. It is an enormous opportunity,” Filopoulos says.

The joint Trans-Tasman bid was victorious over Colombia, who was the only other potential host nation after Japan withdrew its bid only weeks before the final decision. The proposed date for the tournament to start is the 10 July 2023, with the final being held on 10 August.

A dream has become a reality, and Australia & New Zealand are hosting the 2023 @FIFAWWC!#AsOne pic.twitter.com/e3B2ifyN1I

The benefits of hosting one of the world’s largest sporting events cannot be overstated, particularly at a time when Australian football has struggled for investment, infrastructure, and viewership.

“We are growing at such a rapid rate that we have become victims of our own success. There has clearly been chronic underinvestment in the past which has created a facilities gap. In the community we have about 10,000 to 15,000 boys and girls missing out in club land every year,” Filopoulos says.

“We organically grew 24 per cent in 2018 and 29 per cent in 2019. Winning the hosting rights for the WWC will turbocharge growth in the women’s sector and help us to reach 50-50 participation, as well as accelerating the creation of more female-friendly facilities.”

At the top level, Filopoulos has already secured $15 million from the Federal Government to establish a state-of-the-art training facility dubbed the ‘Home of the Matildas’. Football Victoria will conduct a feasibility study with the State Government for further budget considerations for Phase 1 of the project, which is expected to begin in 2021 and be completed in early 2023.

Industry leaders are optimistic that the hosting rights will continue to trigger further investment into football, from the elite level down to the grass roots.

“Female football has evolved dramatically in Australia and it’s going to be fantastic to have the World Cup here. There is an opportunity to leave a real legacy from the national team right down to the grass roots, the coaches, and the facilities,” says Matildas legend and Football Coaches Australia Vice President Heather Garriock.

The Matildas will enter the tournament with a point to prove after suffering a knockout-stage exit in their last World Cup campaign, losing in a penalty shootout to Norway. The 2023 edition however will be more competitive than ever, with the tournament set to expand from 24 to 32 teams.

“We currently have an exceptional core group that have been around the team for a long time. They will be in their peak for the Tokyo Olympics next year and come 2023, it will be our best chance ever to win a medal,” Garriock says.

“We cannot forget the former Matildas who have paved the way for the current generation. I think acknowledging history is really important because it paints a beautiful picture that due to them, we are now able to achieve the dream of hosting a World Cup.”

In addition to fast-tracking the development of Australian football, major international events like the WWC act as a stimulant for a host nation’s economy and public image.
The 2019 WWC, which took place in France, broke records for total viewership and attendance figures. More than 1.12 billion people tuned in over the course of the tournament which included ticket sales of more than 1.16 million.

“The economic impact will be significant. This will start on 10 July and finish on 10 August so fans will come for a minimum of three weeks, but likely longer. In the context of tourism, people will be spending time and money in hotels and in the cities so the domestic economy will benefit greatly,” says Michael Edgley, Director of the Green & Gold Army, Australia’s leading football tour company.

“Another factor is the social benefit that is generated by these types of events. The positive atmosphere creates enormous joy and a fun experience, which is really important for women’s football. Last year’s WWC in France was right up there as one of the best events I’ve worked at.”

A key to securing hosting rights was Australia and New Zealand’s successfully delivery of past international sporting events. From the 2000 Sydney Olympic Games to the 2006 and 2018 Commonwealth Games and the 2011 Rugby World Cup, both nations have rich sporting histories and proven track records.

“Australia and New Zealand have developed economies, stadiums, and great event industries whether it is on the creative side or in operations delivery. We’re in a great place to showcase the best of women’s football to the rest of the world,” Edgley says.

“Many Australians don’t yet understand how big this is, over a billion people will watch this, possibly up to two billion. We will be able to showcase Australia, our way of life and promote gender equality. Australia will get its chance to enhance our standing in the world and create a legacy moving forward.”

In total five stadiums across New Zealand will be used, including the tournament opener at Eden Park, Auckland while eight stadiums in Australia will host matches, culminating in the final at Sydney’s 70,000 seat Stadium Australia.

Previously published as: How the FIFA Women’s World Cup will secure investment and drive industry growth 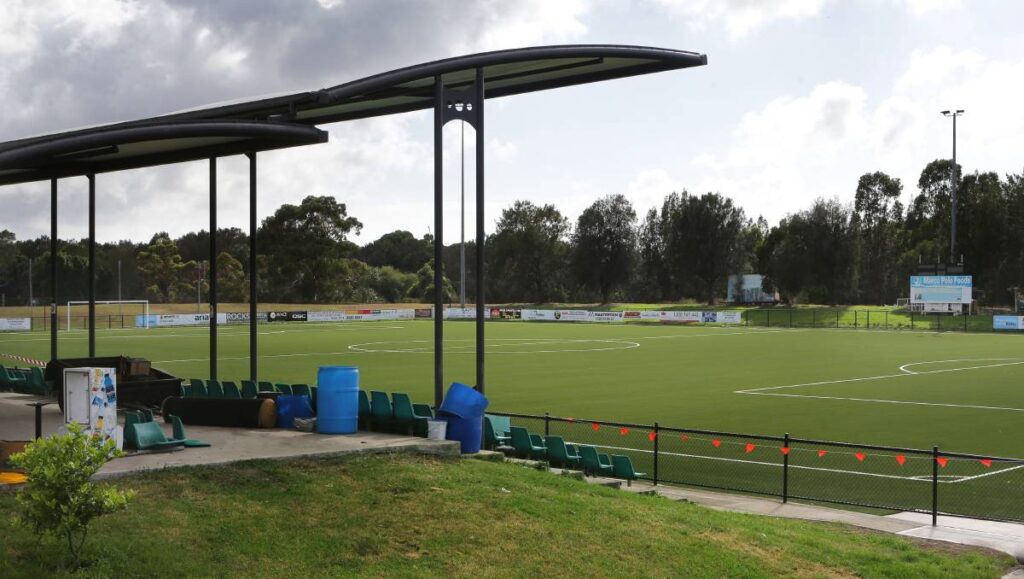 Historic Australian footballing side Rockdale Ilinden FC have announced that the Rockdale Ilinden Sports Centre will be receiving $1.3m for the construction of a new pavilion, following a pledge made by the Labor government prior to their Federal election win.

A facilities upgrade has been long overdue for the National Premier Leagues NSW 1 side, with the club’s growing number of women’s teams needing to be catered for. As a result, the pavilion will include women’s change rooms, referees change rooms and a gym, which come at a crucial time in the lead up to the 2023 Women’s World Cup.

The timing of the announcement comes after Football Australia’s “equaliser” campaign was recently launched to ensure clubs have female friendly facilities. It is also a key pillar in the Club’s ongoing push to finally secure a Girls SAP licence, alongside a women’s NPL licence.

In a press statement, the Ilinden club thanked a number of people that made this pledge possible.

“We wish to congratulate the Honourable Anthony Albanese MP and our local member, the Honourable Linda Burney  MP- Member for Barton on their re-election to the Australian Parliament.

“The Club sincerely thanks the newly formed Albanese Government for its commitment to women’s football.

“We also wish to acknowledge and thank the ongoing support of our supportive Bayside Council, our State Members of Parliament and Football St George.” 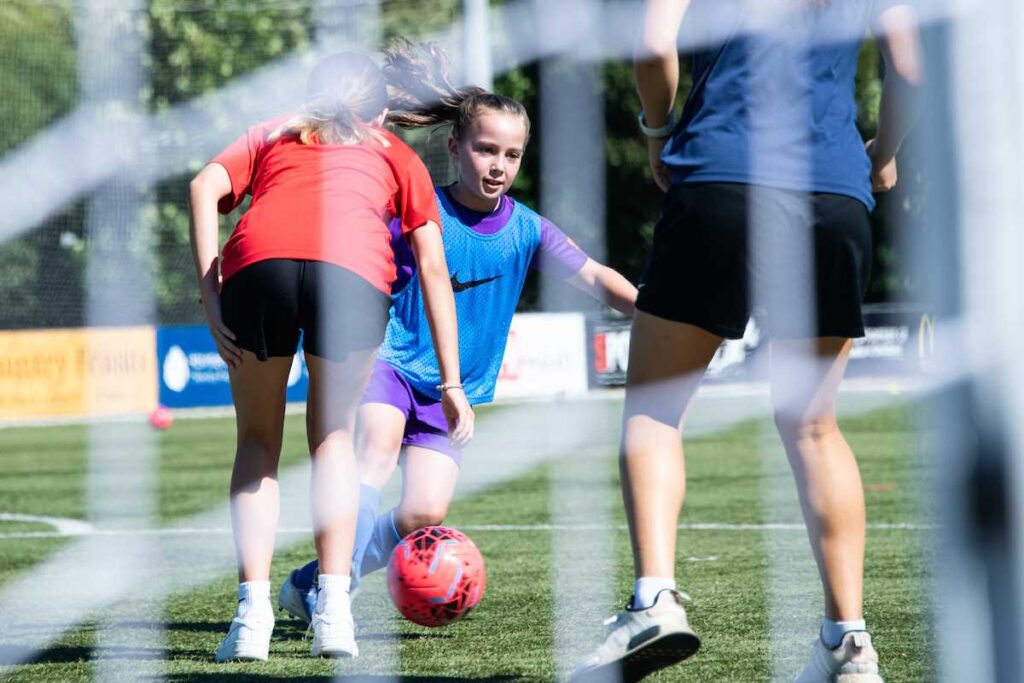 Aktive and Sport NZ will work closely with these organisations to implement Good Sports and develop strategies to better engage and support parents. Good Sports is well aligned with Sport NZ’s ‘Balance is Better’ philosophy and is being used as part of Sport NZ’s national parent approach.

Aktive Chief Executive Jennah Wootten says Balance is Better and Good Sports are complementary and the growing momentum will benefit tamariki, rangatahi and whānau around the country.

“With a number of challenges in children’s sport stemming from adult involvement, Good Sports focuses on raising adults’ awareness about their behaviours and how these impact youth sport. It examines what parents can do differently to ensure children and young people are enjoying sporting experiences,” she said in a statement.

“Together with Sport NZ, we are proud to work with sport organisations to implement Good Sports in their communities. It is fantastic to see the enthusiastic response and the important difference this is making for our tamariki and rangatahi in developing a lifelong love of sport.”

Andy Boyens, Technical Director at New Zealand Football, is excited to join Good Sports and provide even better experiences on and off the pitch.

“NZF are excited to join the Good Sports journey because we know the significant value that our football parents and volunteers give to the development journey of our young people playing the beautiful game across Aotearoa. We want to make sure that those people are well informed and have the knowledge, skill and confidence necessary to support young footballers to enjoy a life long love and enjoyment in our game,” he said in a statement.

The incoming group of organisations will engage in the first of two residentials this year in Hamilton from May 30 to June 1, where they will start in a 12-month accelerated learning environment designed around creating more targeted engagements with parents.

Sport NZ’s national parent approach focuses on supporting national and regional organisations to engage more effectively, support and deliver initiatives to parents and whānau through the provision of tools, resources and research.  Additionally, Sport NZ utilises digital platforms such as the Balance is Better website and Sport NZ social media channels to provide information to help parents grow their understanding of the important role they play in youth sport.