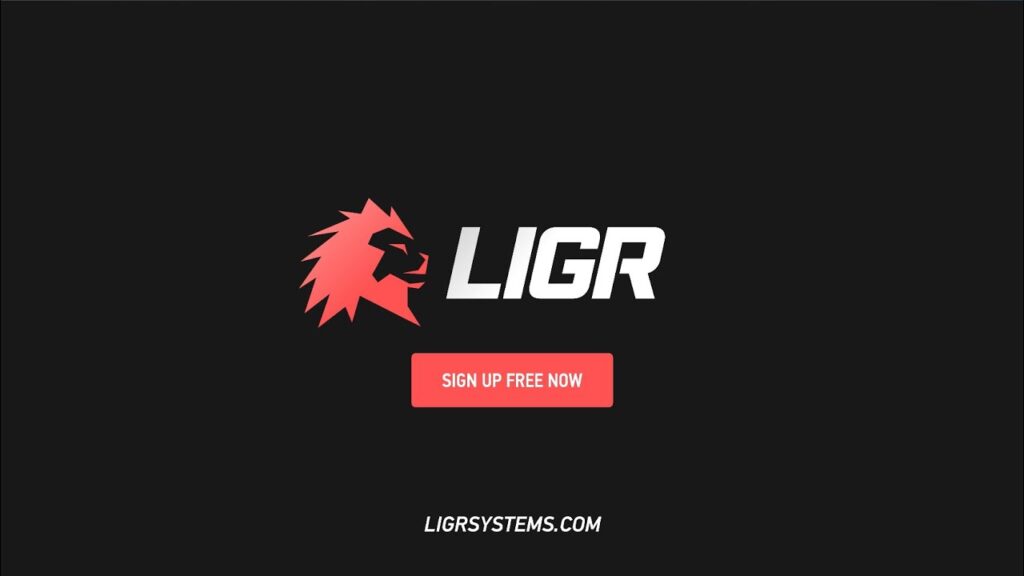 Since 2016, Australian company LIGR have provided a range of football organisations, and the production companies that aid them, with live graphics solutions and a broadcast management platform which is simple and efficient to use.

Luke McCoy, co-founder of LIGR, explained to Soccerscene that his previous experience of owning a live production business, which broadcasted lower-tier sporting matches, inspired him to establish LIGR LIVE due to a lack of sophisticated graphics he encountered at that level.

“Previously I founded a company called Virtual Performance Analysis that turned into VPA Productions. During that process we ended up with a contract to stream the Football NSW Grand Finals,” he said.

“The problem with any of the live broadcasts in second-tier and grassroots competitions was always how to improve match data integration into broadcast graphics. What we found was once you can achieve that, the main question and opportunity was the ability to then attach sponsors into those broadcasts, so the sports organisations who own the rights to their content could have the chance to commercialise their audience with in-game sponsorship.

“So around four years ago we began developing the product that is now LIGR Live; an operating and broadcast management platform for live sports broadcasts. I co-founded it with my friend Adam Burke (CTO of LIGR), and we found immediate success amongst the major sports in Australia across Rugby League, Football, Aussie Rules and Cricket.

“The big features of that system include graphics, automation, sponsorship, fixtures, live scoring and team collaboration workflows all built around helping sports organisations produce a professional live stream that can be commercialised through in-game sponsorship display and the analytics around that.”

Since development, the company has now partnered with seven of the nine football member federations in Australia.

Most of the FFA Cup streams that happen around Australia use LIGR in some form, whether through a sports organisation account like Football NSW or a host of production companies who have a LIGR account and act independently servicing clubs directly.

LIGR play a pivotal role in a huge selection of State League, NPL and NPLW games across the country, including 550-600 games a season in Victoria, for example.

“We’re contracted to the member federations, from Football Victoria, Football NSW, Football West, Football SA etc…and it’s a combination, from their state league games up to their NPL competitions and obviously the women’s NPL as well,” McCoy said.

“We pull in the live data feed in real time and connect it automatically to LIGR Live and populate graphics templates that are then triggered based on real time events from the data, completely automatically removing any requirement for a graphics operator or data live scorer.”

For the NPL, LIGR have built a specific template which is only shown on broadcasts of that competition.

All of the member federations have access to this theme and the governing bodies can log in to LIGR’S cloud-based operating system and manually upload team logos, colours and ad sets, which they can flexibly incorporate at their will into their live streams.

This aspect of commercialising the live streams through integrated advertisement placements through graphics, has helped bodies like Football NSW generate additional revenue and sponsorship opportunities.

“The whole idea of streaming our competitions was to provide greater commercial opportunities for the league and our clubs,” Brian Meinrath, Head of Commercial at Football NSW, told the LIGR website.

“Using LIGR has helped us shape how we approach the market with our sponsorship offerings. To be able to work with a group that continually looks and asks how they can make their product better makes a big difference.”

Football NSW are not the only governing body to benefit commercially through the use of the LIGR service, as they, alongside Football West, Football SA, Football NT, Football Tasmania, Football Victoria and Football Queensland were the beneficiaries of a sponsorship deal with Pilot Health late last year.

Pilot Health, a male telehealth brand, purchased advertising space across all Men’s NPL live broadcasts for part of the 2020 season, in the listed state and territory federations.

“It is really exciting to be able to partner with the Australian Football Federations utilising LIGR Live’s platform to deliver this first of its kind advertising,” Pilot Health Co-Founder, Tim Doyle, said at the time of the deal.

“At Pilot we are always looking for new ways to reach our audience and the LIGR platform allows that, while also supporting the second tier of football across the country in a seamless, fast, aggregated process.”

Through the use of LIGR Live’s platform to standardise the broadcast quality, the state federations sold specific percentages of advertising time through the course of a match, including particular events such as goals, cards and team lists.

McCoy believes deals such as this showcase the true worth of his company.

“It is maybe the most encouraging sign of LIGR’s value as a company moving forward, to be able to provide a distribution network for brands to access live grassroots sports,” he said at the announcement of the deal.

“It is naturally hard for brands to do multiple small deals across multiple sports organisations. Being able to have a single, white labelled platform that aggregates those opportunities simplifies the process for brands that show a keen interest in live amateur sport, but have no way to enter the playing field effectively.

“Pilot’s interest in the Australian football’s audience has put money directly back into the member federations which is the ultimate goal of LIGR.”

LIGR do have an eye to the future, recently partnering with Pixellot – a leader in global AI camera technologies, understanding that broadcasts at some point are going to be completely automated productions.

Despite this global push, McCoy is proud of the strides LIGR has already made since its creation.

“It’s been an exciting journey so far, particularly in football, which is where we started,” he said.

“We went from one game a week, a match of the round, to 30 games a week for Football NSW, and that  spread across the member federations to help maintain quality across a large scale of content and many production suppliers.

“Now, the amount of content they are producing would almost be the most in Australia for sports organisations, in regards to their live content.

“It’s been pretty cool to see within the past few years how quickly that’s changed, so it’s definitely rewarding and exciting.” 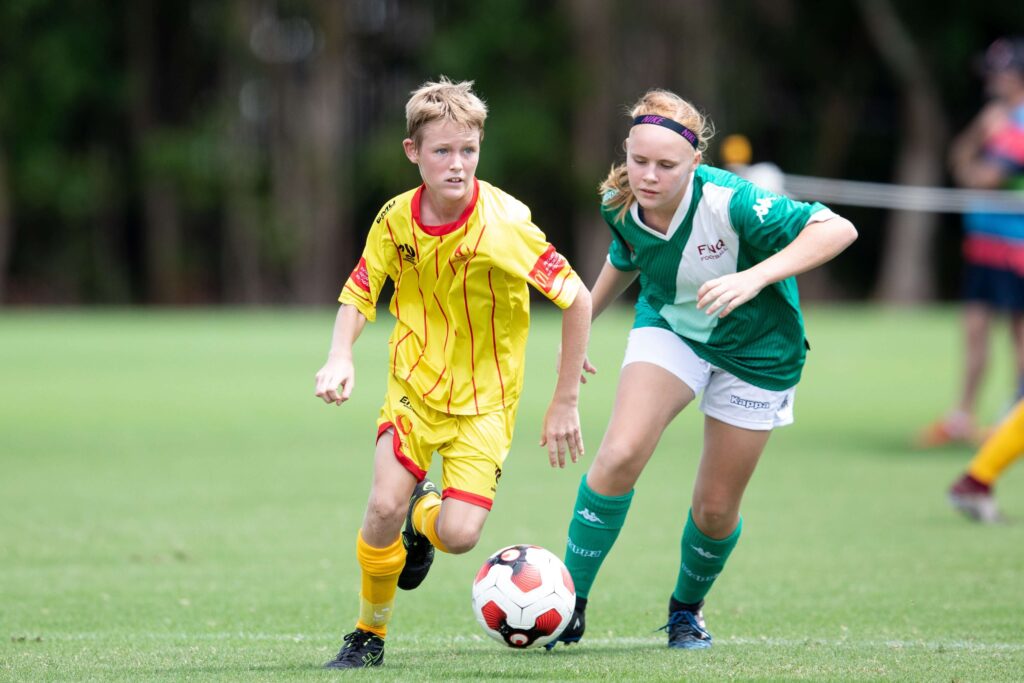 Football Queensland have announced that the cost of administering football in the state is set to drop, as a direct result of the Future of Football 2020+ reforms initiated by the member federation.

In what comes as positive news for the state’s footballers, governing body fees for every participant will be reduced and more than 500 teams in community competitions across the state will see their fees halved.

Football Queensland President Ben Richardson confirmed that governing body registration fees would be reduced in every region and the registration process would be simpler for participants.

“As promised, the once-in-a-generation Future of Football 2020+ reforms have resulted in the reduction of governing body registration fees throughout Queensland,” Richardson said.

“Affordability was one of the four key areas we outlined in our Reform Process Implementation Plan, which was published in our Recommendations Paper in March.

“Football Queensland has delivered on this promise, implementing a streamlined approach to service delivery across the state, reducing duplication and unnecessary administrative costs by more than $1 million.

“Previously, participants paid a Football Queensland registration fee as well as a zone fee. Now, the zone fee has been eliminated and nearly 50 different tiers of zone registration fees have been reduced to just three across Queensland: MiniRoos, Juniors and Seniors.

“In regional Queensland, there will be no increase to team licence fees even as clubs transition from their local Premier Leagues to the new, connected FQPL system.

“One of the key outcomes of the reform process is that all revenue from regional venue fees and Zone Legacy Funds will be retained locally to support the delivery of regional infrastructure upgrades, facility costs and improved local services.

“The pandemic has created difficulties across the Australian football economy, but here in Queensland we are proud to have lowered the cost of football while delivering record participation growth.”

FQ CEO Robert Cavallucci outlined that the reduction in registration fees has been complemented by the recruitment of key personnel to service regional participants.

“At the centre of this reform process is a commitment to continue to grow the game and lowering the cost of football for participants, with a focus on delivering better services to our football community,” Cavallucci said.

“Football Queensland staff from across the state have embraced the new, more agile organisational structure which places participants at the heart of everything we do.

“2021 has been a pivotal year in this critical reform process and we look forward to working with the football community in 2022 as we continue to unite the game in Queensland.”

Football Queensland has launched the Community Heart Program together with Stryker, which is a new fundraising initiative that will assist clubs in the purchase of Automated External Defibrillators (AEDs).

The program highlights Football Queensland’s continued commitment towards the safety of all participants, in moments where emergency care needs to be provided.

“Football Queensland is delighted to launch the Community Heart Program to support our clubs at all levels of the game in providing a safe environment for participants and attendees,” FQ CEO Robert Cavallucci said.

“We can’t stress enough how important it is for all FQ licensed clubs in Queensland to have at least one AED accessible when games are being played to provide participants with the best possible chance of surviving a sudden cardiac arrest.

“Through this new initiative and our partnership with First Aid Accident & Emergency, Football Queensland is proud to offer clubs a best practice solution with access to discounted defibrillation packages and valuable education on heart safety.

“The Community Heart Program fundraising platform provides our clubs with a simple and easy way to raise money for the purchase of an AED package, so that together we can ensure every football ground in Queensland is a safe place for all in attendance.”

Stryker is a medical technology company which manufactures AEDs. Their connection to the Community Heart Program means they will provide clubs across Queensland with access to a fundraising platform, built specifically to raise money for the purchase of an AED package.

“At Stryker, we are driven to make healthcare better and we feel proud that we are in a position to support Football Queensland with technology that could make a difference in an emergency situation,” Stryker Managing Director Ryan McCarthy said.

“Stryker and Football Queensland share many of the same values when it comes to the care of their community, whether that is promoting the health benefits of playing sport or providing vital lifesaving tools.”

You can view the Community Heart Program fundraising platform here.

You can view the First Aid Accident & Emergency website here.