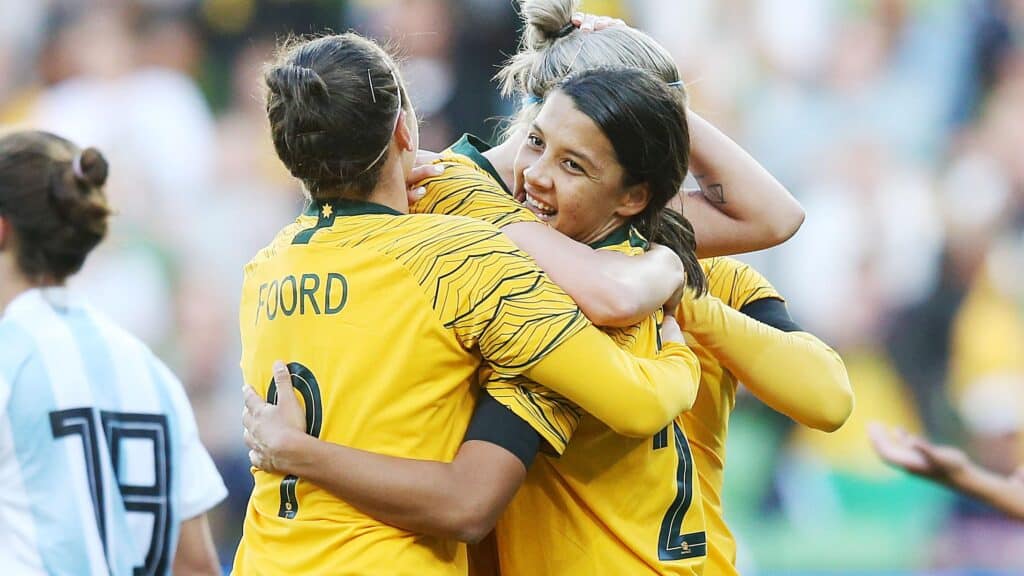 Football Federation Australia (FFA) has agreed to extend their partnership with Westfield as the leading sponsor for the Australian women’s national soccer team.

The Matildas, who are set to embark on the FIFA Women’s World Cup in a month, have been backed further by Westfield for a further two years.

The FFA and Westfield’s new owner Scentre Group has kept a long-running deal alive that began in 2008 – where the women’s game has grown in leaps and bounds,

The women’s teams will be continue to be referred to as the Westfield Matildas, Westfield Young Matildas and Westfield Junior Matildas, while the W-League will also feature Westfield in it’s name.

“We are very excited that Westfield will continue supporting women’s football in Australia and we look forward to working closely with everyone at Scentre Group as we seek to innovate and continue to grow the game in Australia,” – David Gallop, Chief Executive of the FFA.

“The sponsorship connects our communities with the sport they love through memorable player experiences in our living centres and exclusive opportunities at Westfield Matildas matches. I would encourage other business leaders to get involved and foster the continued growth of women’s sport in this country.” – Scentre Group Chief Executive, Peter Allen. 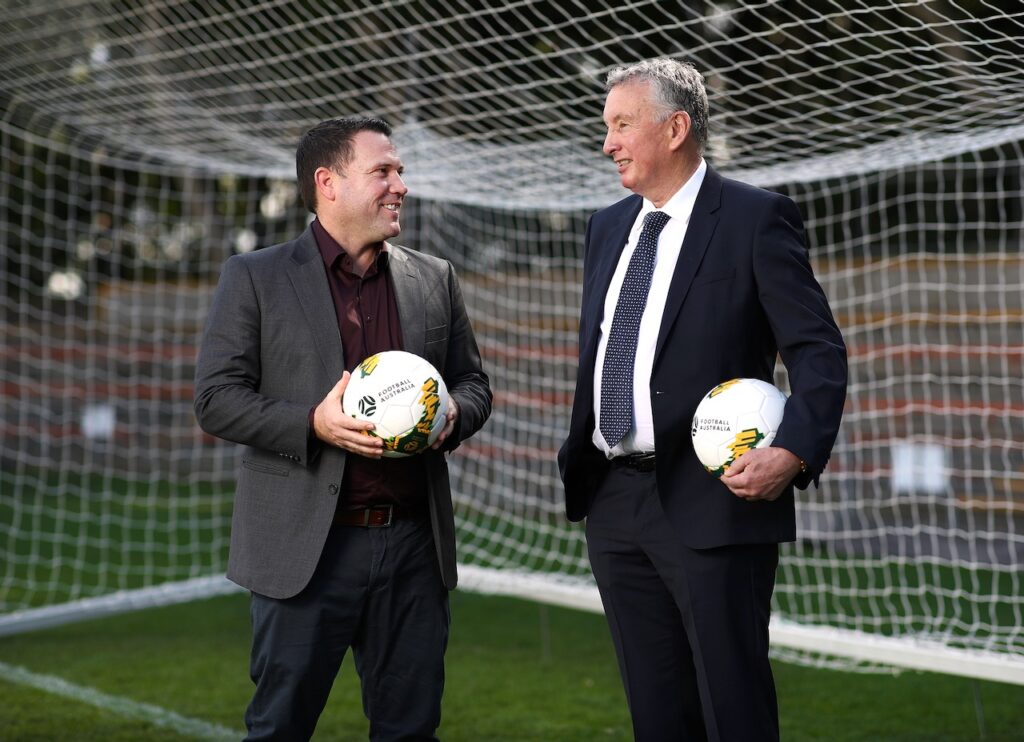 FCA – Australia’s national Association for supporting qualified coaches at professional, semi-professional and community levels – welcomed the news, having witnessed first-hand the outstanding work the former premiership and championship-winning A-League Men’s coach has contributed as an FCA Ambassador over the past 12 months.

FCA acknowledged the privilege and an honour of having Ernie as an FCA Ambassador and wished him all the success in his new role – a critical one for taking the game in Australia to new heights, coming in at a time of unprecedented opportunity for our code.

The representative body for football coaches in Australia noted Ernie’s leadership and ability to bring people together and simplify the complex as standout traits during his time with FCA, further adding that these attributes were no doubt major contributing factors to his successful tenure as Chief Football Officer at FA.

Ernie was also a part of the FCA Technical Committee and delivered online and face-to-face professional development workshops to aspiring coaches.

FCA looks forward to working with him at Football Australia to advance Advocacy, Professional development, Equity and Well-being on behalf of coaches.

“This is a brilliant appointment on so many levels for Australian football and we applaud FA CEO James Johnston, his executive leadership team and the board for returning a football person of Ernie’s experience, expertise and standing in the game – and Australian sport more broadly – to a position of real influence.

“Ernie’s coaching, mentoring and leadership CV speaks for itself and the work he has done as an FCA ambassador has been outstanding. His willingness to engage with coaches and stakeholders to share his knowledge has benefitted so many with a passion for Australian football that is second to none.

“We couldn’t be happier for Ernie on his appointment to this new and exciting role.

“We genuinely and collectively thank Ernie for his significant contribution to our organization and look forward to working closely with him to ensure coaches continue to be enabled to play a key part in taking the game forward.”

Since FCA’s inception, the organisation have always sought to elevate a ‘coaches voice’ to FIFA and Football Australia’s decision-making levels. FCA founder(s) and former board members and Ambassadors have transitioned into roles at FIFA (James Kitching and Belinda Wilson) and Football Australia (Heather Garriock, Ron Smith and now Ernie Merrick). 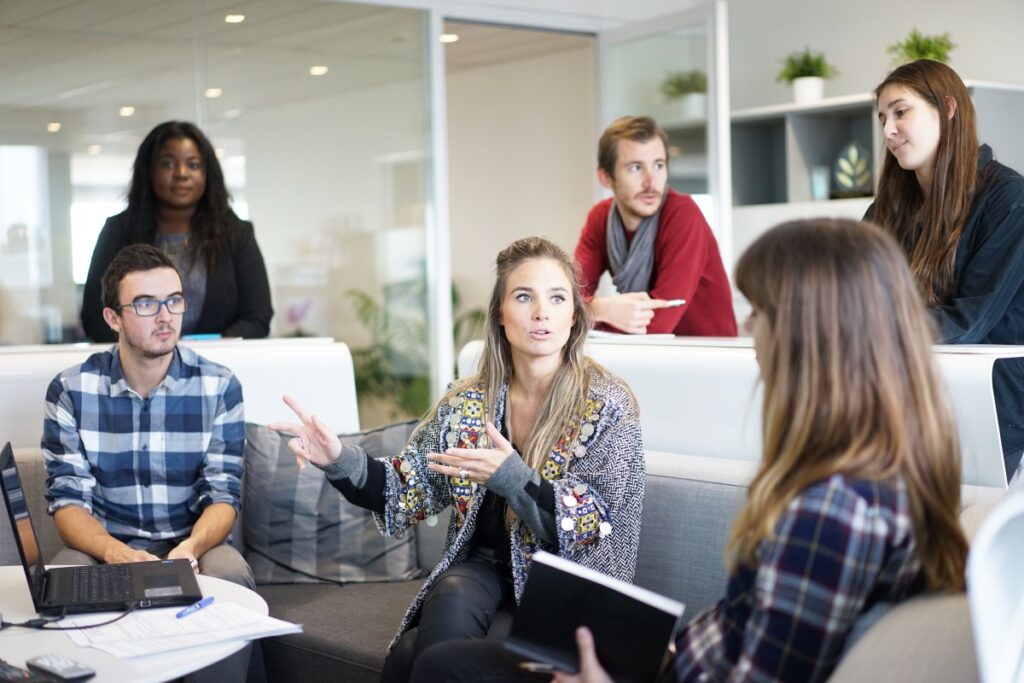 This will provide Victorian women the chance to build specialist skills tailored to leadership roles in the sport and recreation sector, thanks to the Victorian Government.

Offered through the Office for Women in Sport and Recreation, the Program provides grants of $5,000 and $10,000 for professional development opportunities for women working in the sector, so they can obtain and flourish in leadership roles.

In addition, the opportunity to receive personal career coaching to help women map their career paths and identify the skills they may need to reach senior leadership roles.

Successful applicants also have the chance to attend the world conference of the International Working Group on Woman & Sport, being held in New Zealand in November 2022, as part of a Change Our Game Delegation.

The group is the world’s largest network dedicated to advancing gender equity and equality in sport, physical education and physical activity.

Director of the Office for Women in Sport and Recreation Sarah Styles said in a statement that the Change Our Game Professional Development Scholarships Program pulls together a number of initiatives to provide a leadership program that is flexible and personalised – it will be a real game changer.

The Office for Women in Sport and Recreation and the Change Our Game campaign is working to level the playing field for women and girls in sport and active recreation.

This work also includes community events, research studies and sports broadcasting programs aimed at increasing the number of women and girls participating in sport and in leadership roles.

Applications for the Change Our Game Professional Development Scholarships Program close on August 22, 2022.