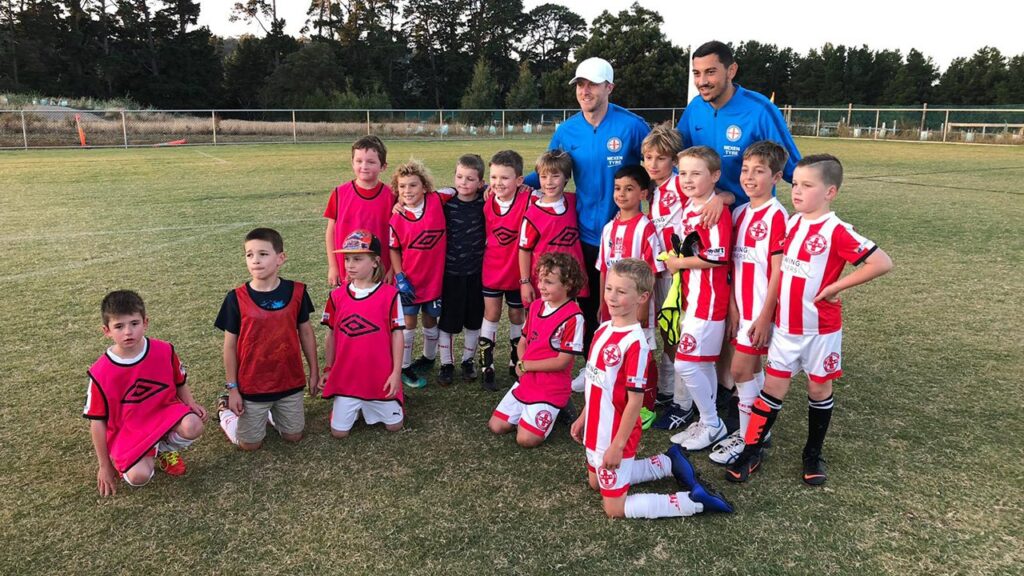 Mount Eliza Soccer Club have been the beneficiaries of a recent funding grant from the Victorian Government, with a new pitch and improved lighting to be introduced at the club’s home of Emil Madsen Reserve.

Mount Eliza was one of the eleven projects selected for the World Game Facilities Fund program in 2021, splitting an overall total of $3.8 million in funding.

President of the Mount Eliza Soccer Club, Justin Sheppard, explained to Soccerscene that the upgrades are part of a holistic plan to improve the club’s ground and amenities areas.

“We run our club out of two sites, a local secondary college which is our summer base and the reserve in Mt Eliza which is our home base with two full pitches,” he said.

“We’ve got around 500 members, so running out of the current two pitches at Emil Madsen Reserve was very difficult.

“We’ve been pushing very hard for a third pitch and a pavilion for the past 5 years. We were lucky enough to receive the recent World Game funding for that third pitch, which gives us a fully lit pitch which is fenced around and gives us one more area to play on. It’s a wonderful development.”

Sheppard stated that the main works on site are set to start by October, but the pitch has already been flattened and is “shovel ready”.

He expanded on the benefits that the upgrades will provide for the club in the short and long term.

“Firstly, it allows more kids access to training,” he stated.

“It gives us a huge amount of ability to now train more teams, run more specialised training programs and give teams the opportunity to train two times a week (only been offered one day a week in the past).

“Weekend matchdays will also just be phenomenal. All of a sudden, we will have a purpose-built soccer pitch which makes it really nice for us and gives us the chance to play more home games at our venue, as opposed to using the secondary college.

“We’re hoping it’s a 12-month facility for us. It gives us a great ability to get our members active.”

The local community will also have a chance to experience the new upgrades and use them for their own purposes.

“When we run our training program now 70% come from our membership base but the remaining 30% come from other local clubs. This new pitch will give us the scope to go wider with that. It’s not about revenue making for the club, it’s just about getting people to play more.

“If you’re going down to the park with a kick with mates that’s one thing, but playing on a proper surface with goals set up all year round, it’s a different story. On the weekends, with no football on, there’s kids playing in the community everywhere across those pitches. We hope things like this will grow further with the upgrades.”

The club itself has grown in certain areas in the past couple years, including the development of further female teams.

“We’ve had a huge growth in the girls’ numbers, we’ve gone from four teams to eight teams this year,” Sheppard said.

“We plan on reaching ten teams next year. It’s been a massive increase; with girls we want the facilities to continue to improve and be great for them.”

The club, while grateful for the recently announced upgrades, hopes to announce the formation of a clubhouse in the coming months, which will become the club’s home at Emil Madsen Reserve.

“The pavilion is actually sitting with the local council at the moment,” Sheppard said.

“It’s been costed, is in the advanced drawings phase and almost shovel ready.

“We are now waiting for council funding on its approval, that’s sitting with our local member.

“They’re working very hard to get that through for all the sporting clubs on Emil Madsen Reserve. We haven’t got a clubroom, so this will be our first clubroom their and our home base, which is very exciting for the future.” 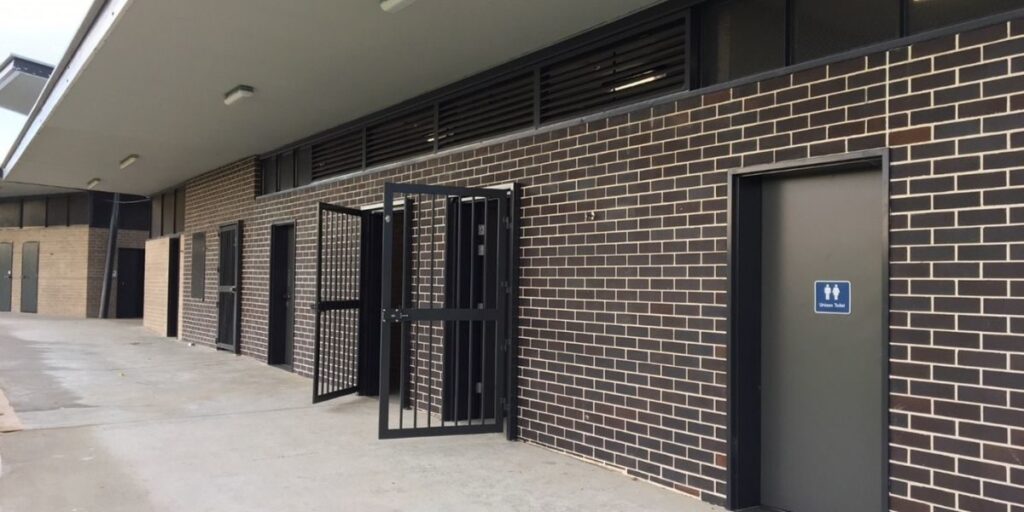 Glenmore Park FC have seen the club amenity building of their home ground, Mulgoa Rise Playing Fields, expanded as part of Stage 2 development at the park.

Known to the locals as “The Nest”, Mulgoa Rise Playing Fields houses the side which is the largest club in the Nepean Football Association, with 1,196 registered participants recorded in the 2021 winter season.

Stage 2 of the development included the addition of two more change rooms to service the three full size fields at The Nest.

Extra toilets, further landscaping throughout the site and the expansion of the club’s BBQ facility are featured in the recent works.

“BBQ facilities are a vital aspect of any community club. Canteen and BBQ revenue provides much needed funding for local grassroots clubs.

“A key objective from the NSW Football Infrastructure Strategy over the next 10 years is to increase and improve gender neutral player and match official change room provision.”

Penrith City Council were successful in gaining the majority of the funding ($649,600) from the NSW Government’s Greater Sydney Sport Facility Fund.

With the current 3.8% state average participation rate applied, the Penrith area is expected to see an additional 2,300 participants between 2021 and 2031.

The increase in participation will require upgraded and renewed facilities across Penrith to ensure the city can cope with the upcoming demand for football. 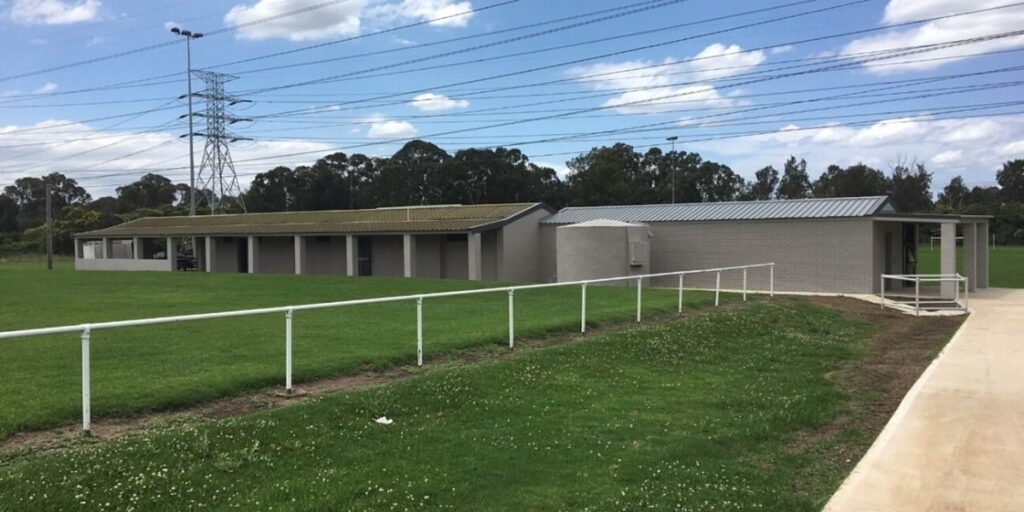 Penrith City Council have completed amenity upgrades on several football fields over the last 12 months with females being the big winners.

With the female game growing year by year, the facility at Kevin Dwyer Fields saw an upgrade to the existing change rooms with fresh paint, new bench seating and most importantly lockable showers and toilets for females.

Female friendly amenities provide a safe and inviting space for women to prepare for competition and training without the need to change in cars.

Change room provision trends are very much based on historical male sport requirements. Many councils like Penrith City are now renewing amenity buildings to ensure they are future-proofed for all genders.

Also included in the upgrade was a new accessible toilet and additional storage.

“Increasing the level of club storage provision was a key priority that associations identified during the consultation process for the NSW Football Infrastructure Strategy.

The ability to partner with all three levels of government highlighted the success of this project.

Football participation in the Penrith LGA has increased by 13% since 2018, highlighting the popularity of the world game even with two years affected by the COVID-19 pandemic.