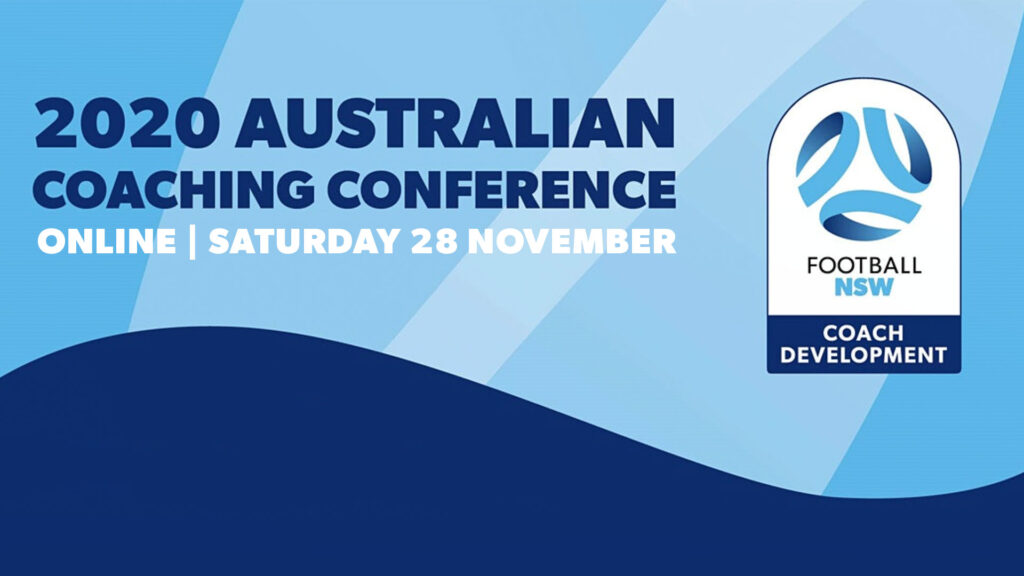 The 2020 Australian Coaching Conference was held over the weekend, with a huge array of content available for developing coaches to access.

The event had multiple key speakers from across the world with some of the key highlights of the conference detailed below. 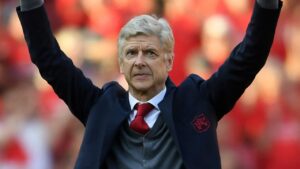 Wenger was recently appointed Head of Global Football Development at FIFA, after an outstanding career as a world-class manager.

In the interview, Wenger touched on his transition from player to coach, the current state of the game, the current challenges and difficulties of youth development and the role coaches have in improving it, his time and legacy at Arsenal and what his impressions were of Japan when he coached Nagoya Grampus.

Other topics included how he dealt with the coach-player relationship, whilst also offering his advice on the use of social media in the latter parts of his managerial career.

On the current state of the game – “The technical level has dropped worldwide (even in the big games), whilst the physical level in the last ten years has improved a lot.”

“The space available to play in a match has changed. The game is much more compact, with the time available to control the ball and make decisions much shorter than it was before.”

On his time in Japan – “It’s a country that was very well organised to structure the game. Very quick to create academies, improve professionalism levels.”

“They are nationally suited for team sport, they think naturally, what can I do for the team?”

“They like to be technically perfect, they like the beauty of the movement in Japan. So sometimes they were worried about how beautiful it is, rather than how efficient it is.”

On his time at Arsenal – “I tried to create a cultural level where everyone agreed.”

“A football coach is a mixture of adapting to local culture and non-compromising with what you think is important.” (Turned Arsenal from a monocultural (English team) to a multicultural side with players from all around the world).

“I tried against it, I created rules for the players and they were accepted by everybody.” (in reference to social media use at the club in his final years.)

On coach-player relationships – “When I started as a coach at the age of 33, I was basically the only influence on a player. Today, the manager has to combat more factors. They have agents, their own physio, dietitian, entourage, that sometimes works against you.”

“I always had a clear picture of the distances between the players and myself.”

On young players and their development – “In the first stages of your life, the ball has to become your friend.”

“The game is also a very good coach.” (in reference to young players playing games outside of structured training)

“During my childhood you had to fight for information, today you are flooded with information.”

Graham Arnold – “We focus too much on developing the same player. Everyone is different.”

“Players make the system; the system doesn’t make the players.” You play a system that suits the personnel you have.”

On the mental stamina of young players and of the wider playing group – “What is failure? A loss is the past, so you only look to the future. Failure is negative talk. Everyone makes mistakes in life.”

On the development of young players in Australia – “How can you develop into a great footballer when you are playing 8 National Youth League games a season?”

On the importance of Australian national teams qualifying for the Olympics – “65 Australian Olympic footballers have taken the field, 59 went on to play for the Socceroos, 56 of them got sold overseas.”

“We’ve become a country of Big Bash Cricket. Every sport we have to do in Australia has to be played and done in 6 months.” (Believes there are not enough games in the Y-League, A-League, W-League and NPL.)

On the disconnect of the game between association clubs, member federations and A-League clubs – “We have to reunite; the divorce can’t go on any longer. The kids are suffering.”

John Crawley – “In a goalkeeping space, we embrace failure. We’re in the business of conceding goals. There are times where you do everything right in making a save, but the ball still goes in. So how do you deal with that? For us, it’s all about the process of making the save, not the result. So, from a young age we try to instil that in our goalkeepers, so they deal with that.”

Leah Blayney – On the small amount of game-time for some of Australia’s best female players – “We know the core group of Matildas play 35+ more top-level games than our fringe Matildas per year. Some might not even play any.”

“We are creating good training environments for future Matildas, but the next stage is international competition every couple of months that challenge us. We can’t wait two years until the next challenge, which is the position we are in right now.” 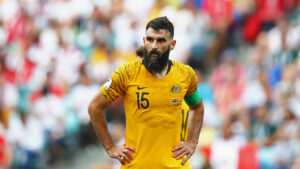 The EPL veteran explained the influence various club and national coaches had on his development, the process in which he got his coaching badges, the current work he is doing with the Aston Villa youth teams and much more.

On the Socceroos culture – “For me, it was one of the best environments I’ve been around in. It was somewhere where you couldn’t fail.”

On playing in Turkey and the communication issues he encountered – “It taught me to grow up. The language barrier, different type of culture, working through a translator and knowing the difficulties of that. I learnt a lot.”

On what he wanted from a coach as a player – “Everyone would say clarity, those who are confident in giving those messages and know exactly what they want. To the point, can have those hard conversations if they need to and give good feedback when they need to.”

On the fact that a number of Ex-Socceroos are becoming coaches – “It helps if you’ve got a passion for the game. You’ve got experience as a player and it does prepare you to a certain point as a coach, but you still need to be prepared to do the hard yards.”

On the most enjoyable aspect of being a coach – “Being able to see them (young players) understand and learn the game.”

Other notable speakers in the conference included a session with US Women’s World Cup winners Julie Foudy and Brandi Chastain, which delved into the winning mindset of these renowned athletes.

Overall, the organisation of the Australian Coaching Conference for this year has provided aspirational coaches with a breadth of content that is extremely useful for their own personal development.

The online coaching conference is a great initiative for the Australian football industry and was well executed by Football NSW, from the quality of guests to the seamless user experience. 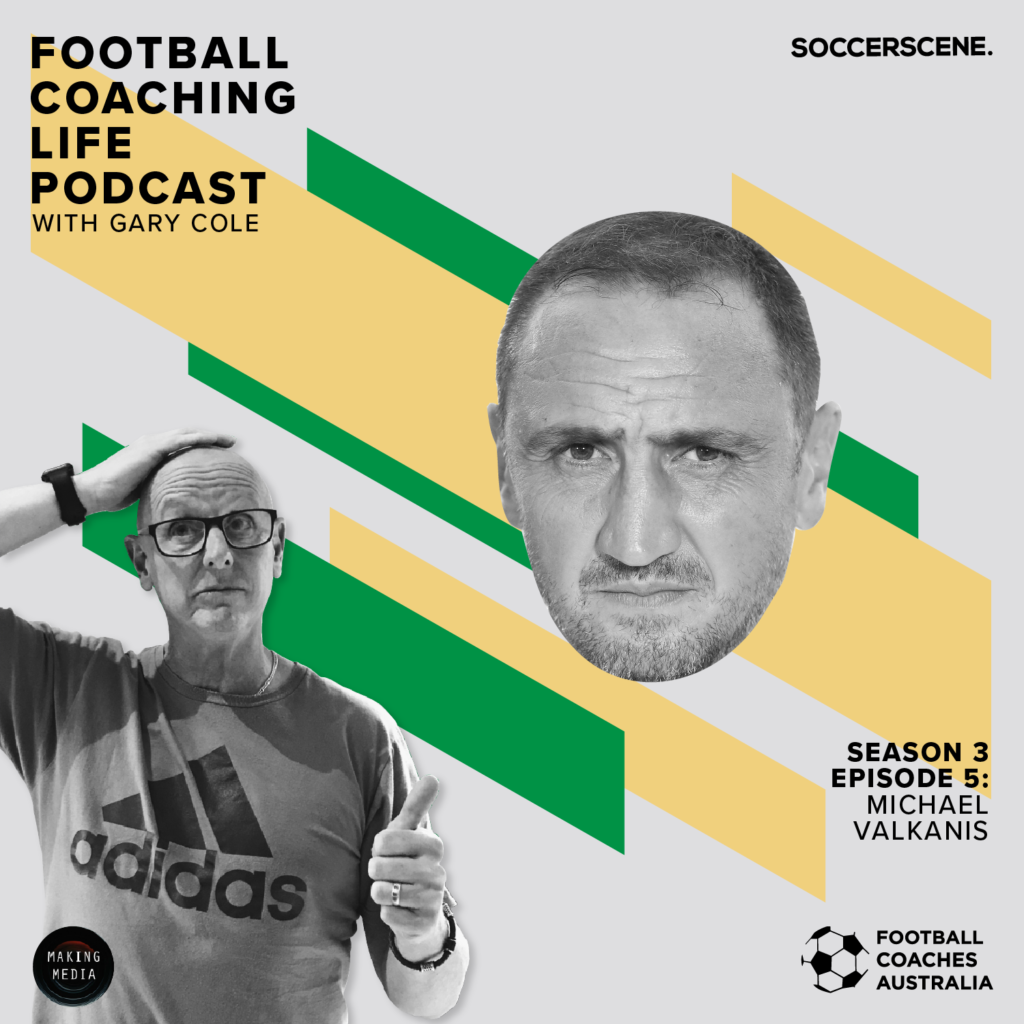 The agreement will see Kappa supplying apparel and equipment for Football NSW programs, while contributing to the growth and development of football through several initiatives across the state.

Having recently strengthened its support of Australian football by partnering with A-League clubs Western Sydney Wanderers and Western United, Kappa has now reaffirmed its commitment to the local game by becoming Football NSW’s official apparel partner.

Football NSW Head of Commercial Brian Meinrath spoke of his delight in bringing Kappa on board, with the relationship set to provide significant opportunities for both organisations.

“It’s fantastic to be partnering with this iconic international football brand,” Meinrath said.

“The management team at Kappa have been very proactive and the quality of their apparel is without question.

“I see enormous potential in our partnership over the coming years and thank them for their investment in the beautiful game in New South Wales.”

Kappa Australia Director Ze’ev Bogaty expressed his excitement by the partnership and the opportunity to bring the brand’s products to grassroots football in New South Wales.

“We are looking forward to working closely with Football NSW to help grow the game of football throughout the state.”

Exclusive rates and offers on Kappa Teamwear will be available for Football NSW branches, associations and clubs through Football NSW’s store The Football Corner.