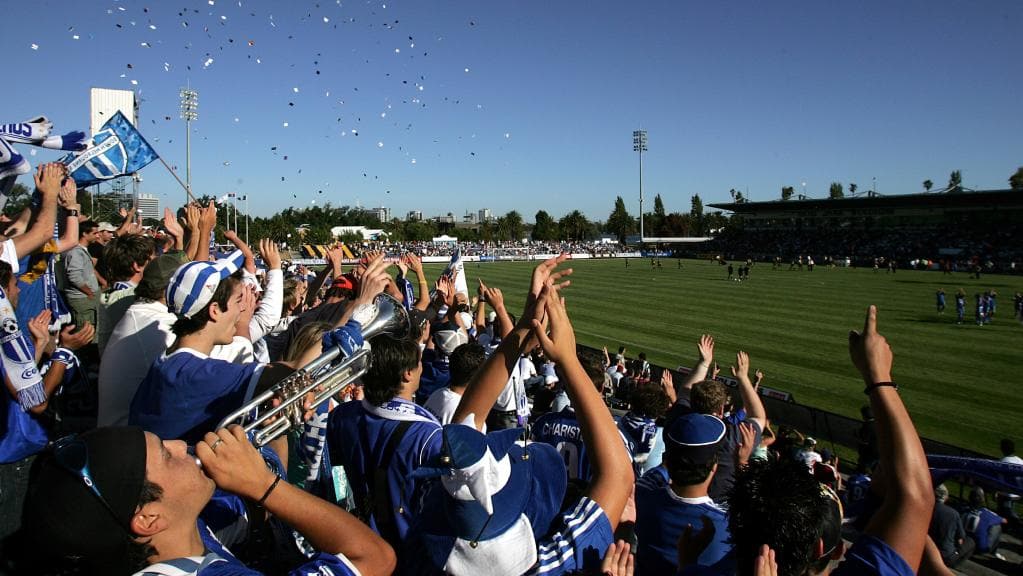 Today is a new step forward by Football Federation Australia who have announced the release of new Inclusivity Principles for Club Identity to replace the National Club Identity Policy.

The changes have been made to preserve club ethnicity and will promote multiculturalism.

Here are the key points from a recent media release by FFA:

Creating an inclusive and welcoming environment for participants from all cultural and linguistic backgrounds.

Football in Australia has a rich and diverse history which FFA wishes to acknowledge and celebrate. Many clubs were formed and have developed from particular local communities who have made significant contributions to the growth and reputation of the sport of football as a whole. These communities are reflective of the multicultural nature of Australia and the vast reach of the love for the “World Game”.

FFA celebrates diversity and multiculturalism in our game and wants to ensure that football in Australia is open, accessible and embracing of all participants from all cultural backgrounds. Every person should feel welcome, safe and included at their local football club.

The way a club identifies itself to the community (including through its name, logo, principles and actions) can have a significant impact on whether a person feels welcome and included at that club. It can also affect the broader reputation of the game.

Following consultation with independent industry experts, FFA recommends that clubs embrace broad identities that are not tied to a single specific culture. FFA understands the importance of clubs being able to respectfully recognise their heritage and the specific communities that were instrumental in establishing and developing such clubs. At the same time, clubs that celebrate diversity, promote inclusion and make people feel like they belong regardless of their cultural background are more likely to succeed.

FFA has developed the following Inclusivity Principles for Club Identity to provide guidance to clubs on how they can be more inclusive in the way they identify themselves as well as the practices and actions that clubs adopt in engaging with their members and the broader community.

Importantly, these Principles are only a part of the development of a broader FFA Inclusion and Diversity framework which will encompass other matters that are fundamental for our sport to create an open and inclusive environment, such as promoting gender diversity and accessibility for people with a disability (to name just two examples). The Inclusivity Principles for Club Identity also provide guidance on how clubs may wish to recognise their heritage in ways that are not inconsistent with these fundamental objectives.

(a) These Inclusivity Principles for Club Identity are not intended to be enforceable, strict regulations. Rather, they are guiding principles for clubs to refer to in seeking to be inclusive to people from all cultural backgrounds.

(b) Clubs are encouraged to consider various ways to recognise and celebrate their heritage while still respecting and welcoming people from all backgrounds. Clubs that identify themselves in an all-embracing and inclusive manner that is open to all participants may be perceived as more welcoming than clubs with branding that is targeted to one single culture.

(c) Club names that reflect the local geographical region they represent and do so in a way that is welcoming to people from all cultural backgrounds are encouraged.

(d) Clubs may be more attractive to a broader range of participants if their name is:

(i) in English rather than a foreign language; and

(ii) of broad appeal rather than solely associated with a particular cultural, political or religious group.

(e) Clubs are encouraged to celebrate multiculturalism and diversity and make it clear to the community that they welcome people from all cultural backgrounds. Club names that reference another country or region (outside their locality) may indicate to the community that only people from that country or region are welcome (or are more welcome) to participate at that club.

(f) Clubs are encouraged to use symbols and words in their logo or emblem that are of broad appeal to make it clear to the community that they welcome people from all cultural backgrounds.  Clubs that adopt a logo or emblem with a dominant reference which is associated with a particular culture, religion, or political group may cause people who do not associate with that background to feel less welcome.

(g) Milestone years for clubs present an opportunity for them to recognise their heritage and show the journey that the club has been on. This heritage could be acknowledged by displaying a temporary commemorative version of their old logo alongside their new current logo in marketing and promotional materials and on the club’s website.

(h) In seeking to acknowledge their heritage clubs should have regard to the FIFA Laws of the Game and relevant regulations in relation to playing kit which the club must adhere to, including any prohibition on political and religious slogans, statements and images.

(i) Clubs should be aware of their obligations under federal, state and territory discrimination laws (including but not limited to the Racial Discrimination Act 1975 (Cth)) and never give preference to one player over another on the basis of their cultural background or religious or political beliefs. The FFA Statutes (including the National Member Protection Policy and National Code of Conduct) also prohibit discrimination on these grounds.

(j) Clubs should encourage positive, welcoming and safe support at (and in connection with) Matches and take all reasonable steps to discourage rivalry with another club on the basis of any actual or perceived cultural, political or religious affiliations to that club, including in relation to their supporters.

Discrimination and other prohibited conduct

To be clear, FFA has a zero-tolerance policy in relation to discrimination, vilification, hatred and violence on all legally recognised grounds including race, nationality, ethnicity, religion and political views. FFA strongly encourages anyone who becomes aware of these behaviours, including by any club, to immediately report these incidents to their competition administrator. There are also applicable federal, state and territory discrimination laws that clubs must adhere to at all times.

Accordingly, clubs have an important role to play in ensuring that football matches in particular are played in an open, safe and welcoming environment for all participants and spectators. 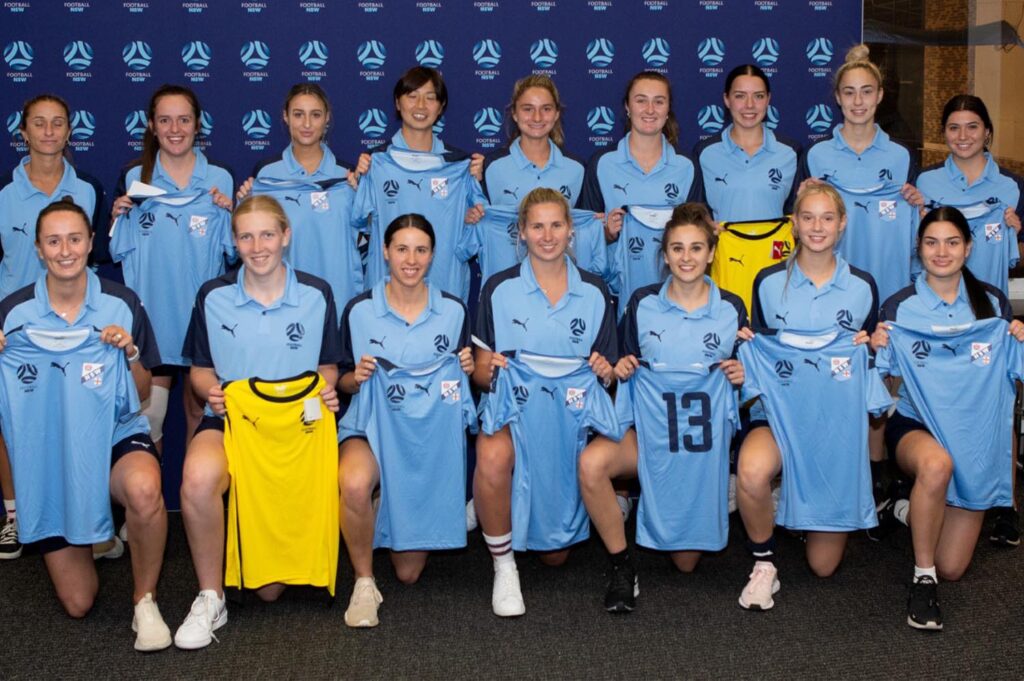 Women’s football leagues will have a greater voice in the running of the game following the creation and admission of a new standing committee to the Congress of Football NSW.

The new committee was confirmed by a vote of the Members at the Football NSW Annual General Meeting (AGM) held on Friday, 25 March 2022 and will take effect from 1 January 2023.

Due to the ongoing impact of COVID-19 across the state in early 2022, the AGM was held 100% virtually for the very first time in Football NSW’s history.

While the AGM had no Director elections, Members voted overwhelmingly to pass amendments to the Football NSW Constitution which will see the introduction of a standing committee for the NPL Women’s and League One Women’s competitions.

The new standing committee will be in addition to the existing Women’s Standing Committee.

Amendments to the Football NSW By-laws will  be made ahead of the implementation of the new competition structure for 2023. The League Three Men’s competition will cease to exist, and the three remaining tiers of Men’s Competitions will expand from 12 to 16 teams each.

Those amendments will include changes to the membership of Football NSW’s two Inter-Club Zone Councils which will see the women’s football leagues gain even greater representation on the Congress of Football NSW.

A copy of the amended Football NSW Constitution can be found here. 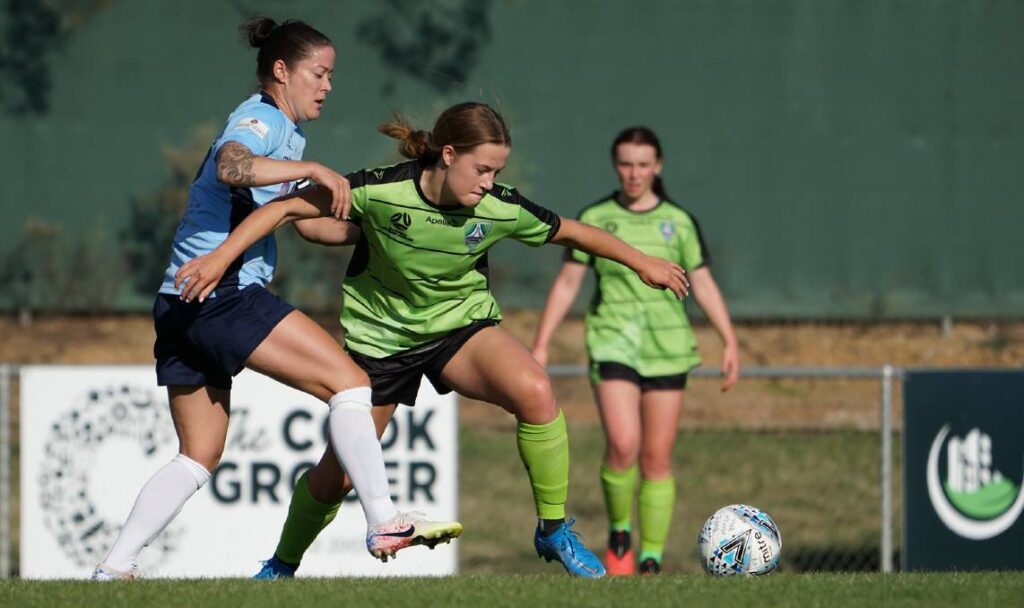 The Australian Federal Government has announced an investment of $3.1 million over two years to encourage greater participation of women and girls in football, to expand the MiniRoos for Girls Program (for girls aged 6-12 years) and the Girls 12+ Football Your Way Engagement Experience Program.

In Tuesday’s Federal Budget, the Government emphasised the importance of maximising the social, economic and sporting outcomes of the FIFA Women’s World Cup Australia and New Zealand 2023™ – the single largest women’s sporting event in the world – and the unique opportunity it presents to leverage significant legacy initiatives.

The funding forms part of Football Australia’s ambitious Legacy ’23 plan to deliver enduring benefits as a result of co-hosting the FIFA Women’s World Cup Australia and New Zealand 2023™, including gender parity by 2027, which would see an additional 400,000 female participants.

“Football Australia has undertaken extensive planning and modelling for Legacy ’23 and we are thrilled that the Federal Government have reviewed these plans and continue to show their support for the growth and development of our game at all levels, but particularly at the grassroots,” Johnson said.

“Widely recognised as Australia’s largest club-base community sport, we are also determined to become the centre of women’s football in the Asia-Pacific region. This funding will ensure we can continue this journey of transformation and provide more women and girls with access to football – on and off the pitch – in the lead up to and beyond the FIFA Women’s World Cup 2023™, which is now just 16 months away.”

“This will be the largest ever women’s sporting event and it is a privilege for Australia to co-host the event with New Zealand,” he said.

“The event will strengthen Australia’s world-class reputation as a global leader in women’s sport and is part of a green and gold decade of major sporting events to be hosted in our country.

This recent commitment to assisting in driving the future growth of women’s football at the grassroots level follows last year’s backing of Football Australia’s National Club Development Program as well as High Performance to the tune of $12 million.

In 2019, after the eighth edition of the tournament in France, football participation grew by more than 850,000.