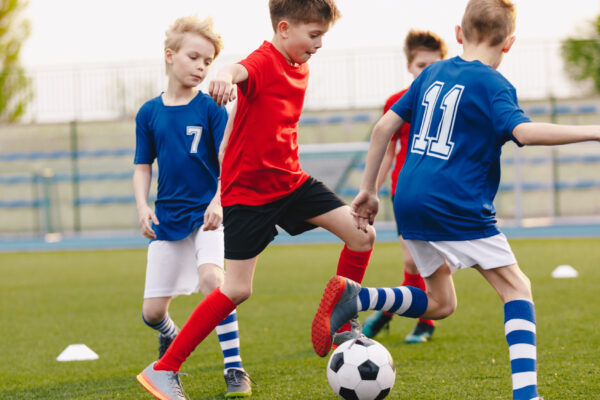 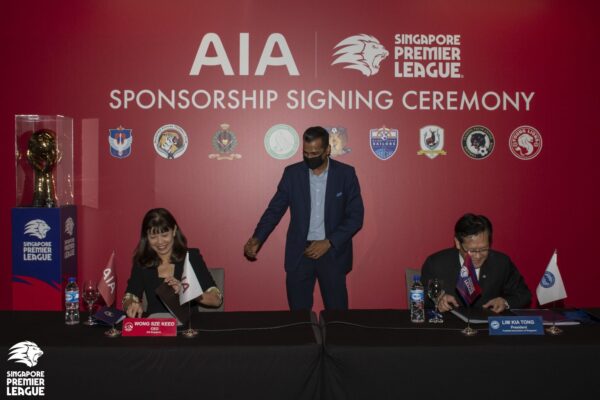 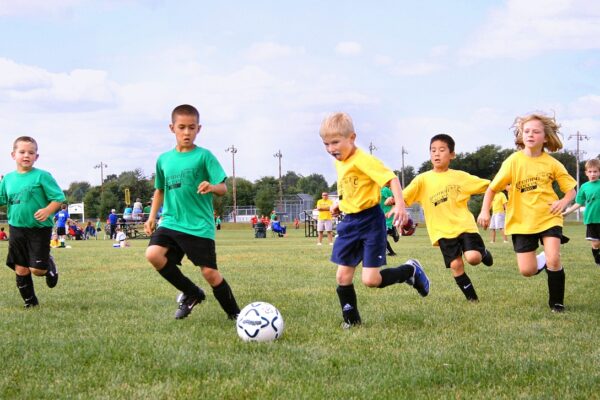 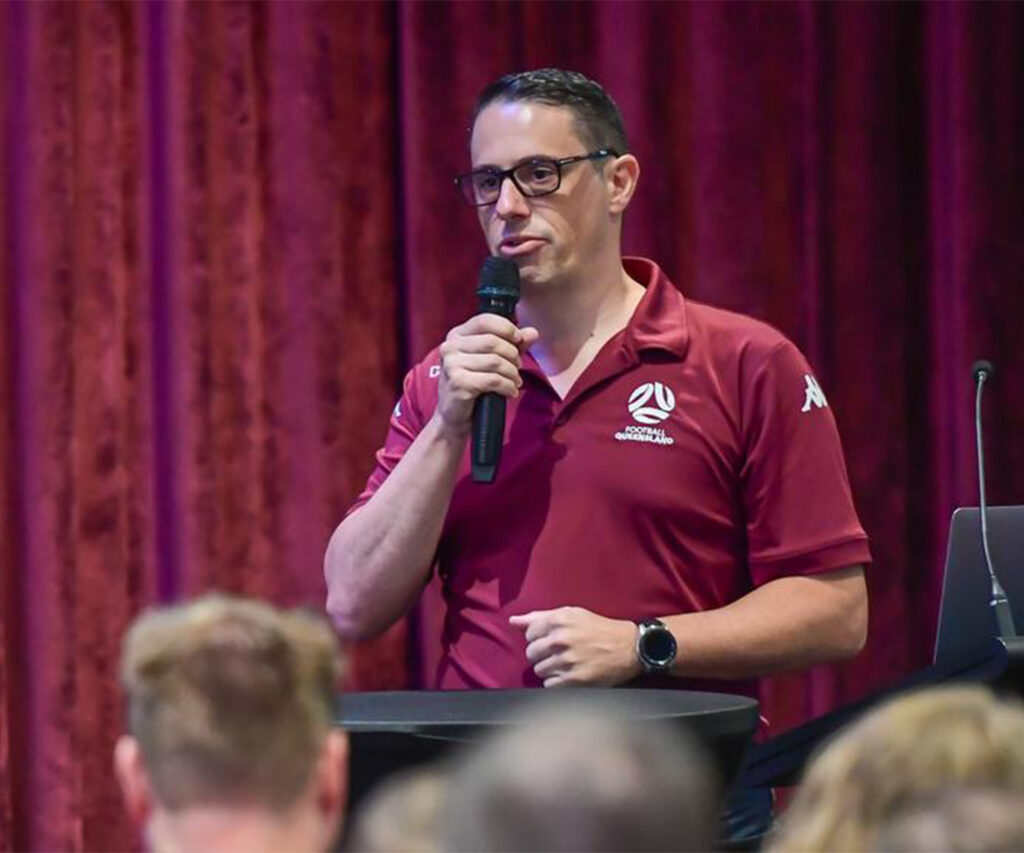 Despite a challenging 2020 for football across the country, a small silver lining to emerge on the extremely dark cloud that COVID-19 cast was the opportunity for administrators to implement off-field reform.

In an exclusive interview with Soccerscene, Football Queensland CEO Robert Cavallucci met to discuss the organisation’s strong end to the year and his aspirations for 2021.

“As disrupted as last year was due to COVID-19, it gave us an opportunity to push hard on news. We implemented a lot of competition and league reforms, and introduced new products across the board,” Cavallucci said.

“We had so many positive things coming out and projects being delivered along with the supplementary work around infrastructure, facilities, and accessibility. It’s hard not to suggest that the year was incredible for Football Queensland and we are really optimistic about building on that.”

Among the major initiatives set to commence in 2021 and expand further in 2022, is Football Queensland’s strategic plan to create a connected competition model.

Announced in October 2020, the plan aims to create one linked football pyramid where a promotion/relegation system exists from the National Premier League (NPL) all the way through to community level.

“How the model links the more advanced end of the competitive environment with the community end is a huge step for football in Queensland. We did the heavy lifting on connecting the leagues through 2020 and it’s one of the most exciting highlights for me personally,” Cavallucci said.

“Through promotion and relegation into and out of FQPL 2, clubs across Brisbane, the Gold Coast, the Sunshine Coast, and South West Queensland will have the opportunity, from 2022, to compete for promotion into the new third tier and beyond.”

“It provides the mechanism for aspirational clubs, players, and coaches have a clear path from where they are to where they want to go. That has always been limited by the competitive structure in the past.”

Included in the reform is the replacement of the Under-20 age group with a new Under-23 age group across NPL, FQPL 1 and FQPL 2.

The change is designed to generate the opportunity for more competitive match minutes for young footballers, an issue which has plagued Australian football in the past.

In addition to sweeping structural changes set to take place, Football Queensland has made positive advancement to women’s football, something Cavallucci is extremely keen to build on.

The Kappa Women’s Super Cup was announced in November 2020 and is set to commence in early 2021. The knockout style tournament will follow a similar structure to the widely lauded FFA Cup.

“Another key step was to address the failures of the past. Women traditionally haven’t had the same opportunities as men when it comes to football,” he added.

“We have the Women’s Super Cup commencing this year and it will provide female teams across the state to engage in a knockout-style tournament, similar to what the men have had. There’s no better time to introduce the tournament than with the FIFA Women’s World Cup coming up and with 2021 marking the 100-year anniversary of the earliest recorded public women’s football match in Queensland.”

“They are probably the two most exciting steps for me. Connecting the football pyramid and the work we have been doing in the women’s space.”

Football Queensland’s strategic plan to promote accessibility and inclusion will also encompass Futsal. The federation is aiming to grow the five-a-side game through its 2020-2022 Futsal Strategy, which can be found HERE.

“We’ve always managed our state’s Futsal rather than outsourcing it, we are embracing Futsal as its own game and it deserves to be treated as such. People don’t realise the participation and growth opportunity for Futsal,” Cavallucci said.

“It’s not just a game for outdoor players to enjoy in the off-season. There are Futsal-only players and now we have the framework in place to strategically grow the sport. We want to promote Futsal coaching courses, refereeing courses and other similar initiatives because Futsal is different and nuanced.”

With improvements to accessibility, infrastructure, competition format, and women’s football already in motion, Cavallucci added that there is still plenty more to come from Football Queensland for 2021.

“Hopefully, COVID-19 will be out the door now for good and we can have a fairly stable year in 2021. We focused heavily on competitions last year and this year we can focus more on the back-end of the game.” 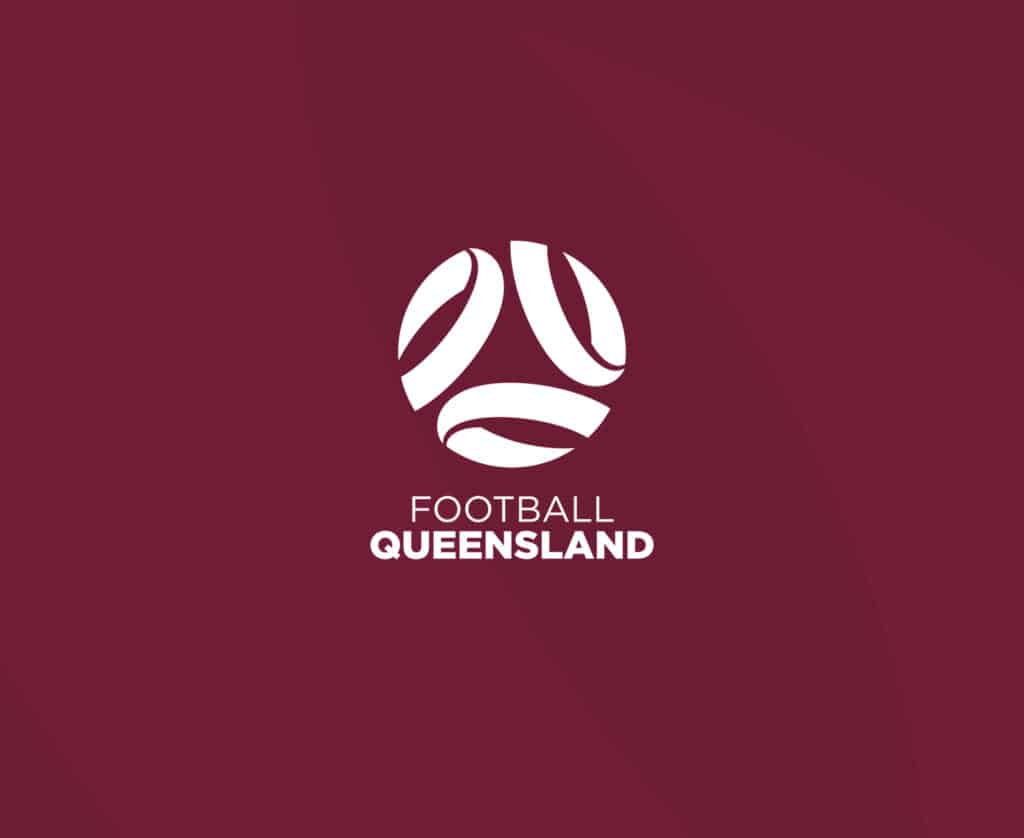 On 24 January 2020, I published an article entitled “Costs of playing increases in Queensland” (“Article”).

It has been brought to my attention that some people may have interpreted the Article to mean that Mr Robert Cavallucci and Mr Ben Richardson were corrupt, dishonest, acted disreputably and were in dereliction of their duties owed to Football Queensland in their respective positions as chairman and director. Separately, as against Mr Richardson, the Article may have been interpreted to mean that he favoured his personal interests by securing an appointment as a consultant to search for a replacement chief executive officer and was dishonest in rendering an invoice to Football Queensland for consulting work he did not undertake.

I did not intend any such suggestions to arise. Those suggestions would be untrue and unfounded. I wish to apologise to Mr Cavallucci and Mr Richardson for any hurt, distress and embarrassment the Article and subsequent publications may have caused to them and their families.

I also wish to apologise that public assertions of truth of the above suggestions were made in court proceedings, which were subsequently broadcast on the Australian Broadcasting Corporation’s ‘7:30’ program on 25 November 2020.

On Monday, 22 February 2021 the defamation action before the courts initiated by Football Queensland Chief Executive Officer (CEO) Robert Cavallucci and President Ben Richardson was settled with the defendant Bonita Mersiades and Fair Play Publishing, issuing a retraction and apology (above).

Forming part of the settlement, an undisclosed sum was paid to the plaintiffs Cavallucci and Richardson by Bonita Mersiades, which will be donated in its entirety to football related charities.

Cavallucci and Richardson commenced defamation action against Mersiades following the release of an article on FootballToday.news in January 2020, which led to several follow-up stories including a program that was amplified across mainstream media via ABC’s 7:30 Report.

Despite this, FQ remained loyal to its vision and refused to be distracted as we embarked on the extensive reform journey to shape a brighter future for football in our state.

Football Queensland welcomes the settlement of this matter and looks forward to continuing its focus as the governing body of the sport in Queensland, on growing the game and supporting the members and participants of our football community across the state. 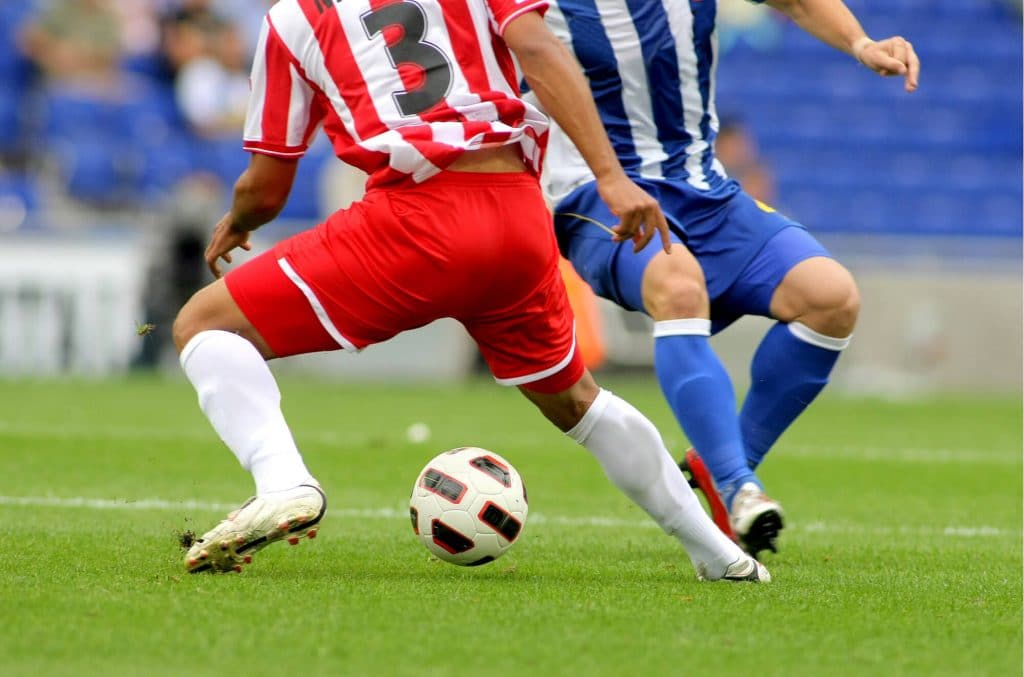 Football Tasmania has welcomed much-needed funding approval from the federal government for vital upgrades at the state’s home of football at KGV Park, and for a football hub at North Chigwell.

Independent MP Andrew Wilkie revealed that Deputy Prime Minister Michael McCormack has signed off on $13.8 million in federal funds for the upgrades.

Football Tasmania President Bob Gordon believes it is now time for the building process to begin, as soon as possible.

“There are now no more excuses as to why these two much needed projects can’t get underway immediately.  Glenorchy City Council now has everything it needs to get on with the job and start these urgent projects,” he said.

“Football participation in Tasmania is bursting at the seams, however facilities for the World Game haven’t kept up with growth in demand.  Finding enough playing and training space for our growing number of players is one of our biggest challenges and the new football hub at North Chigwell will greatly help us to address this issue.

“KGV, the home of football in Tasmania, has been in a state of disrepair for far too long and it’s a relief the venue can now be brought up to a standard to comfortably host the hundreds of matches played there each year and safely cater for the growing number of women and girls who play our sport.

“The football community was thrilled when Andrew Wilkie announced the funding and we have been grateful for his hard work and support ever since then.  Mr Wilkie is a fantastic supporter of football in Tasmania and has done everything possible to get this project happening.

“On behalf of the football community I’d like to again thank Mr Wilkie, as well Senator Eric Abetz, for their efforts in Canberra to get this funding over the line.

“Now the funding has been formally approved, the Council must outline a clear timeframe for when these projects will be completed.  We’re looking forward to working together with the Glenorchy City Council to get the upgrades off the ground as soon as possible,” Gordon concluded.

Football Queensland (FQ) will launch its three-year Women and Girls Strategy (2021-2023) at Parliament today, in a bid to increase participation, infrastructure and club developments before and after the 2023 Women’s World Cup.

“The forthcoming FIFA Women’s World Cup is a wonderful opportunity to deliver immediate and long-term football, community and economic benefits for our game and for all Queenslanders,” FQ President Ben Richardson said.

“More than 1 billion people watched the France 2019 tournament and this next event on home soil is destined to be biggest global event in Australia since Sydney 2000.

“It is crucial that FQ and the football community work with state and local government on maximising this immense potential.

“That is why we have developed a Women and Girls Strategy so closely linked to the FIFA Women’s World Cup 2023, with clear goals and funding objectives for the game.”

Former Matilda Amy Chapman, who is currently on the FQ board, explained the upcoming opportunities to inspire young girls to get involved in football in Queensland.

“I am extremely proud to have represented my country at the highest level and I want more and more Queenslanders to enjoy that same experience,” Chapman said.

“We have a fantastic track record of developing international players in this state from the early days of the Matildas right up to now. There are strong, successful pathways in place.

“In the Women and Girls Strategy, FQ outlines our ambition for all Queensland state schools to support this by delivering football programs for girls.

“With support from key stakeholders including the State Government, we can deliver on what is a bold approach to developing homegrown stars and promoting healthy lifestyles.”

Tuesday’s Parliament House event will also begin the celebrations of the centenary season of women’s football in Queensland, with the first recorded female football match in the state taking place at the Gabba on September 24, 1921.

Football Queensland have introduced a new website looking at the game’s history in the state, with a digital museum documenting all of these significant moments.

“As we unite football in Queensland, FQ is extremely proud to embrace the game’s rich history,” FQ CEO Robert Cavallucci.

“The timing of the centenary season, together with the FIFA Women’s World Cup 2023, aligns perfectly with our stated belief and embraced position that women and girls are the future.

“We are continually rolling out participation, infrastructure and community initiatives that recognise this reality, support our clubs and grow the game, just as the Women and Girls Strategy will do.”