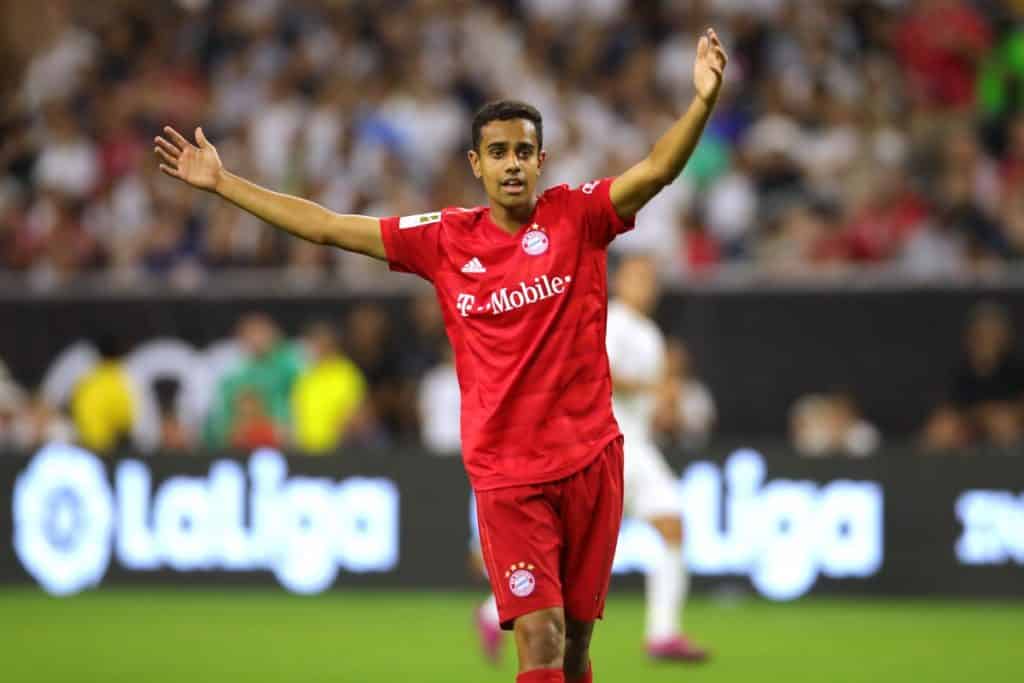 On July 1st, 2019, Wellington Phoenix starlet Sarpreet Singh made the big European transfer he would’ve only ever dreamed of.

German giants Bayern Munich came calling and on Saturday, Singh made his official top tier debut for ‘Die Roten’ in their 6-1 win over Werder Bremen.

Singh was a late substitute for Philippe Coutinho, who scored a hattrick. Coutinho is most well-known for his tenure at Liverpool, where he made over 150 appearances.

Coutinho is currently on loan at Bayern from arguably the biggest club in the world, Barcelona.

The mere fact that Singh, who played in a loss to NPL Victorian side Bentleigh Greens whilst at the Phoenix, replaced Coutinho is absolutely astonishing.

From the semi-professional grounds of Kingston Heath Soccer Complex to the 75,000 capacity Allianz Arena in Munich, Singh has come a very long way in record time.

Following the abrupt sacking of Niko Kovac, Bayern have scored 25 goals from eight games, with a win/loss record of 6-2 in all competitions.

Hans-Dieter Flick, the interim head coach of Bayern, has allowed many of the club’s youth players opportunities in the first team following good runs of form in the third tier with the club’s reserves team.

Kovac, during his time as coach, took Singh along with the senior side in their pre-season tour.

Despite this amazing opportunity, Singh was expected to see out the season in the reserves.

But nine scoring involvements from 13 appearances has impressed Flick, giving him the nod for a senior debut.

Despite only being on the field for a mere ten minutes, Singh was lively and was able to win a corner. It’s not much, but it’s certainly enough of a platform for him to launch off.

Singh also created a little bit of history by stepping out onto Allianz Arena. He became the first Kiwi player to play in the Bundesliga since New Zealand footballing legend Wynton Rufer.

Funnily enough, Rufer spent the majority of his playing career at Werder Bremen, the same club Singh made his debut against at the weekend.

Sarpreet’s Bundesliga debut is another sign that the A-League, for all its criticism of bringing in too many marquees and older players, is doing a marvellous job at developing youngsters and nurturing them for the roads that lie ahead.

Over the years, we’ve seen many players struggle to forge successful careers outside of Australia and New Zealand, with many being forced to return to try and recapture their best form.

There have always been players that have been very solid players in lower European tiers, such as Carl Valeri who played in Serie B and C during his time in Italy.

But not many have been able to take Europe by the scruff of the neck and establish themselves as high-quality players who can make it alongside the ‘big boys’. Brighton pair Aaron Mooy and Mat Ryan are two of the best we’ve seen in the last 5-10 years.

Robbie Kruse is another example of this. He was a superstar of the A-League prior to making the move to Fortuna Dusseldorf in Germany in 2011. He would proceed to jump from club to club whilst in Germany, struggling to establish himself as a regular.

21 appearances between 2013 and 2017 during his time at Bayer Leverkusen sums up Kruse’s fortunes whilst in Europe.

His best stint came at VFL Bochum, who are a second-tier side. Between 2017 and 2019, he made 42 appearances and was a constant member of their first team.

He then moved back to Australia to join the Melbourne Victory at the start of the current A-League campaign.

Perth Glory star Chris Ikonomidis is in a similar boat. Despite being seven years Kruse’s junior, Ikonomidis seems to be following in the Victory star’s footsteps ever so slightly.

He made the move to Italian giants Lazio as a teenager, which on paper, would be a dream move for any aspiring junior.

He was subsequently loaned out three times before moving permanently from Rome back to Australia, where he joined the Perth Glory.

Ikonomidis has plenty of time on his side and hopefully, we haven’t seen the best of him just yet and he can one day, return to the big leagues and make his mark.

The same can be said for Sarpreet Singh. He has a lot of work to do to become a first team regular in the coming years at Bayern. But his Bundesliga debut can hopefully be the catalyst for his development into becoming that player. 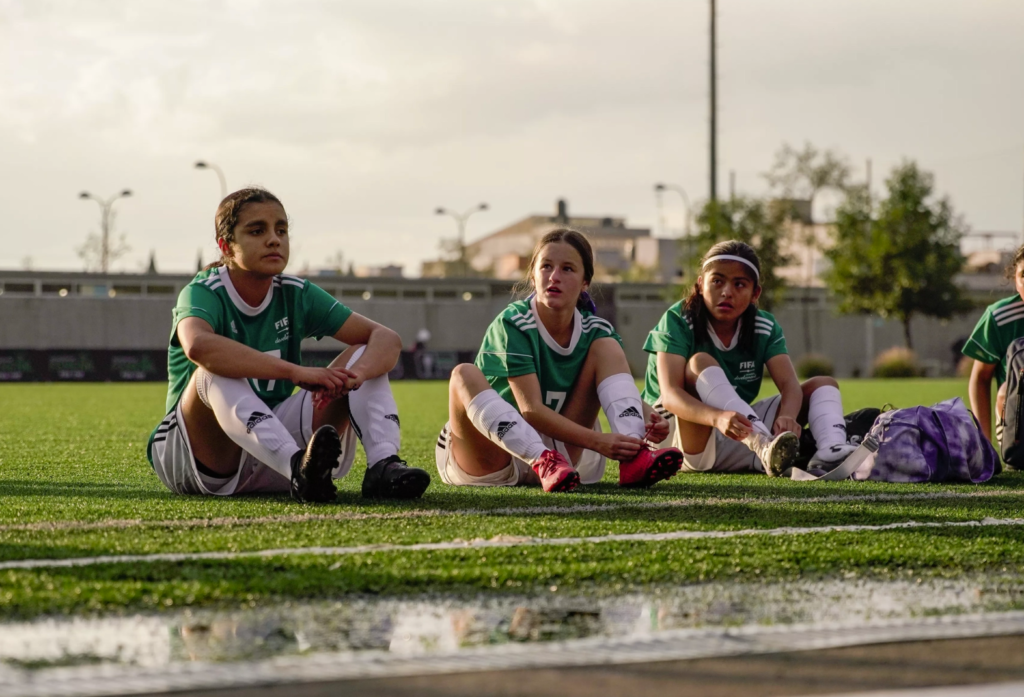 With the financial support of FIFA, the Mexican Football Federation has launched the FIFA | FMF Supercopa Femenil (Women’s Super Cup) as part of its women’s football development programme.

The five-day U-15 tournament (between 3-7 August) organised in Toluca, provided 206 players across 12 teams from Nuevo León, Tlaxcala, Chiapas, Mexico City, Sinaloa, Jalisco, Veracruz, Guanajuato, Estado de México, Baja California, Chihuahua, as well as a representative team from the United States, with an opportunity to have their talents detected by scouts from both Liga MX, and the Mexican national teams.

FIFA will provide technical support, equipment and funding for two years, as well as education and empowerment through seminars for coaches.

The FIFA’s Women’s Development Programme aims to provide all 211 member associations with the opportunity to apply for, and access additional resources and specialist expertise to develop women’s football at a national level.

Member associations can apply for support across eight key areas of women’s football development during the 2020-2023 period. In addition to financial assistance to cover the costs in selected programmes, the FIFA Women’s Development Programme will also provide access to women’s football experts, additional equipment and technical support within FIFA.

“The Supercopa Femenil was born from the dream of bringing Mexican youth players to a competitive showcase for women’s football in our country, attracting the best academies that are supporting the development of players in this category. This has resulted in a life-changing experience to be scouted by national team staff, and those of Liga MX Femenil teams,” Lucia Mijares, FMF Technical Sports Development Director, said in a statement.

“Observing the Supercopa Femenil in Mexico has been inspirational. Its implementation is helping strengthen pathways by showcasing talent, motivating players and coaches as well as sharing knowledge and unique experiences so that growth continues where needed. There is so much talent, potential and support from everyone in the FMF. I am very optimistic for the future.”

“The Supercopa has been well organised and provides a great opportunity for players to gain experience playing against top teams in their age group. It also enables scouts to watch these players, and for coaches to undertake development workshops to further improve the positive impact they have on players, supporting their personal and professional development.” 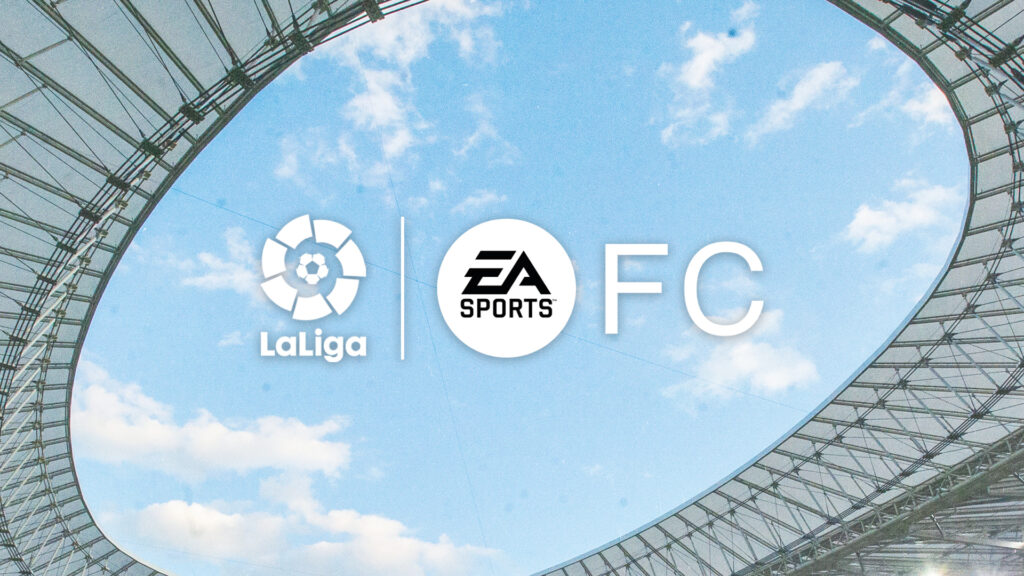 Beginning from the 2023-24 season onwards, a new multi-year agreement between EA Sports and LaLiga will pave the way for new experiences, deeper in-game integrations, enhanced broadcast communications, and commitment to grassroots initiatives.

In addition, the deal will see a complete rebrand of LaLiga with EA Sports including all logos, graphics, fonts and other visual elements, while also delivering new in-game integration, broadcast highlights, and joint commitments to supporting grassroots initiatives.

“EA Sports FC is committed to delivering the most authentic and immersive experiences in global football. Our innovative new partnership with LaLiga further elevates that ambition and solidifies both organizations’ position at the centre of football culture,” David Jackson, VP Brand, EA Sports FC, said in a statement.

“The visible reach and scale of this partnership is deeply exciting, as is the opportunity to deliver incredible experiences for fans through in-game innovation, interactive entertainment and grassroots initiatives.

“EA Sports represents the cutting edge of interactive football experiences while LaLiga is at the forefront of actual football competitions with unmatched in-person, broadcast and digital fan experiences,” said Javier Tebas, President, LaLiga. “We have been strategic partners with EA Sports for years and this expanded agreement is a commitment to providing the next level of innovation to all football fans, a fusion between the virtual and real worlds of football.”

With this partnership, EA Sports and LaLiga will deepen their collaboration. Both LaLiga and EA Sports are committed to grassroots initiatives to grow the game which will include increasing accessibility, upgrading facilities, and many more initiatives to truly immerse fans into the world of football.

“This partnership with EA Sports is set to truly transform the way football is enjoyed around the world,” LaLiga Executive Director Óscar Mayo said via EA Sports.

“Moreover the alliance demonstrates LaLiga is a global brand, evidence of the success of our league to connect with fans internationally.

“We’re thrilled to partner with a worldwide leader in football fandom to better connect our fans to their favourite clubs, players, and LaLiga competitions,” said Nick Wlodyka, SVP & GM, EA Sports FC. “The contributions from LaLiga to our EA Sports FC portfolio will be immense, not only from a visual aspect, but across technological and game development improvements, further blurring the lines between the real and virtual worlds of football.”