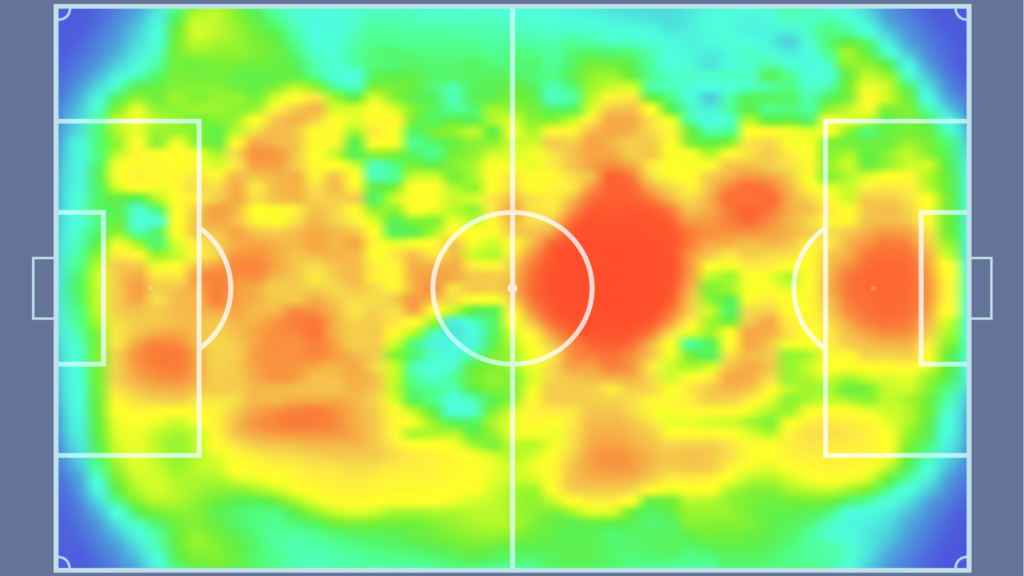 Big-name Premier League clubs have chosen to partner up with STATSports, who are industry leaders in providing GPS tracking systems and analysis.

Up to five of the top six in the league have already made the switch to STATSports, including Liverpool, Manchester United, Arsenal, Manchester City and Tottenham Hotspur – while the service is used by the majority of fellow Premier League sides.

These Premier League clubs have worked closely with STATSports as they developed Sonra 3.0 and Sonra Live which is the latest software upgrade that the Premier League will be set to receive – featuring marketing-leading analysis platforms and further improvement on athlete monitoring.

STATSports are widely regarded across professional football – in addition to their big-name Premier League clients, they also push further into the English FA and abroad across the world, venturing out to the likes of Paris Saint Germain and Juventus. 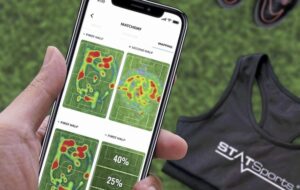 STATSports were involved in the Project Restart by informing the Premier League with a Player Proximity Report, using their data to show which type of sessions would cause players to come to together more often. STATSports offers a quick and time-effective process, with download times four times faster than any platform. It means receiving results from a typical session for a squad of players would take under two minutes.

For elite clubs, Sonra 3.0 is the ideal go-to solution and it further streamlines and enhances performance with a host of new features that will make a difference. Sonra 3.0 is the brand-new product launch by STATSports and the latest offering for anyone looking to acquire their very own GPS tracking and analysis.

Among the key inclusions, session planning features have been added to the calendar, allowing club performance departments to map up training cycles for weeks in advance. Video integration in the Video Manager has been developed further while adding a full squad 2D positioning. There is also a Scientific Calculator, allowing practitioners to create bespoke custom metrics based upon their own requirements.

Users are now able to choose between ‘Light’ and Dark’ modes as they can customise their preferred theme when on the app.

The launch of Sonra 3.0 has coincided with the introduction of a new iPad application called Sonra Live, enabling coaches to monitor training in real-time.

Sonra Live’s real-time data has been independently validated to form a perfect correlation with downloaded data, making this the most accurate live-monitoring solution of its kind. Coaches can then make instant, informed and impactful decisions for anything they intended to achieve. 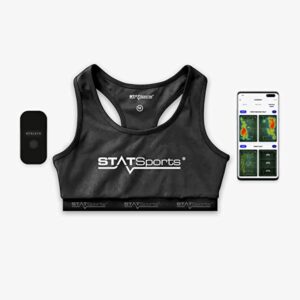 STATSports’ on-board metric processing means there will be no data drop-out and they are the only provider in the industry to give 100% identical live and post-session download data quality.

With flawless results, this puts the power in the end users’ hands to make immediate decisions with confidence no matter what they want to do. Coaches can set multiple thresholds for individual players or full squads, while multiple coaches can each monitor their own iPads simultaneously.

“This is an exciting day for STATSports and the many teams we work with. This is another major advancement in the level in which coaches and managers can monitor their players,” STATSports co-founder, Sean O’Connor said.

“Technology is now truly integrated into the game and we have played our part in that. We have worked closely with those teams during lockdown and also used the time to finalise the development of our new Sonra platform – we’re confident that our clients will further benefit from working with us through the introduction of this.”

The creation of both Sonra 3.0 and Sonra Live reaffirms STATSports’ commitment to being the industry leader in GPS tracking and innovations for this space, supplying this resource to world-renowned clubs.

“The quicker they can make decisions with reliable and accurate feedback, the greater the edge they have on their competition.

“We will continue to push the boundaries of what is possible and ensure athletes can do the same on the training pitch and the competitive environment.”

For more information on STATSports, you can find it here. 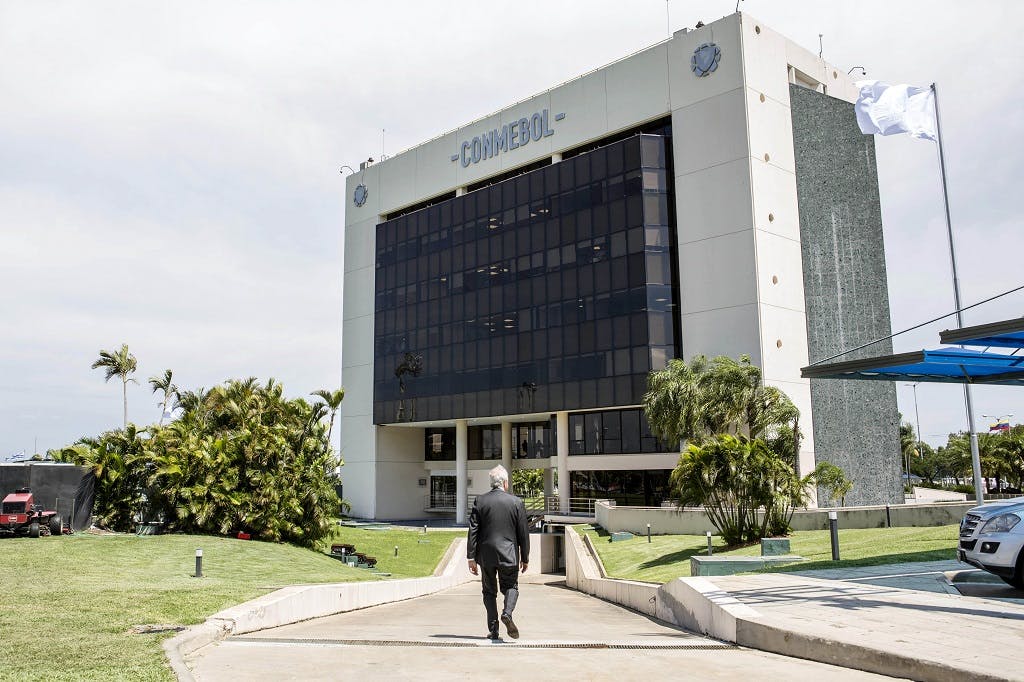 South America’s continental governing body has been the latest to condemn FIFA’s calls for a biennial World Cup.

CONMEBOL, the South America Football Confederation, has backflipped on the issue after initially supporting the idea, claiming it is a “highly unviable” idea.

The statement comes following a technical analysis and consultation with football leaders in South America.

The statement issued by CONMEBOL raised a range of issues with the proposal, including strain on players.

“A World Cup every two years could distort the most important football competition on the planet, lowering its quality and undermining its exclusive character and its current demanding standards,” the statement read.

“The World Cup is an event that attracts the attention and expectations of billions of people because it represents the culmination of a process of elimination that lasts the entire four-year period and has its own dynamics and appeal.

“A World Cup every two years would represent an overload that is practically impossible to manage in the international competition calendar. In the current conditions, it is already complex to harmonise times, schedules, logistics, adequate preparation of equipment and commitments. The situation would be extremely difficult with the proposed change. It could even put the quality of other tournaments, both club and national, at risk.”

Other than the risks to players, CONMEBOL suggested that a biennial event would detract from the occasion.

“The idea of ​​the World Cup is to bring together the most talented footballers, the most outstanding coaches and the most trained referees to determine, in a fair competition, which is the best team on the planet. This cannot be achieved without proper preparation, without teams developing their skills and coaches designing and implementing strategies,” it said.

“All of this translates into time, training sessions, planning, games. CONMEBOL defends the search for excellence in the field of play and is committed to increasingly competitive events of the highest quality. There is no sporting justification for shortening the period between World Cups.

“For the approval of a change of this nature, a broad and participatory process of consultations with all the actors involved is essential. It must be the fruit of a frank debate, in which all opinions and criteria are considered. CONMEBOL is and will always be open to dialogue that seeks the best for football.”

FIFA is seemingly determined to move forward with its plans for a biennial World Cup, despite ongoing opposition. 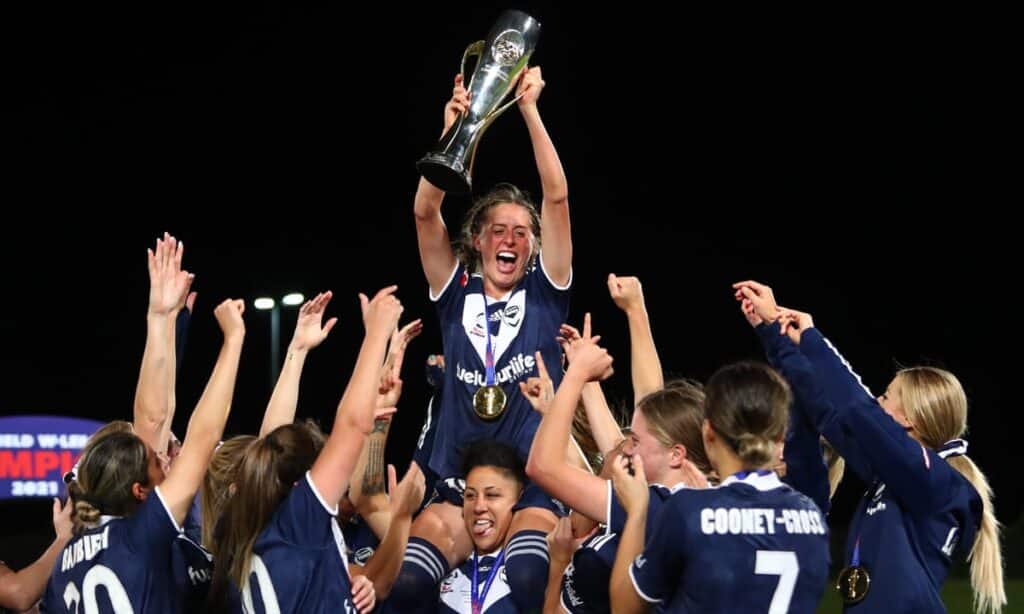 Equity in high-performance standards in the A-League and W-League, a 32% increase in the W-League salary cap floor and an increase in the A-League salary cap floor are the highlights of the new collective bargaining agreement (CBA) struck between Professional Footballers Australia (PFA) and the Australian Professional Leagues (APL).

The new five-year deal was described as “ground-breaking” by a joint statement between the two bodies, in an announcement that highlights the newfound confidence in the economic environment for professional football in Australia.

Much of that confidence can be linked to the new five-year broadcast agreement with ViacomCBS and Network 10 and it is no surprise that this new CBA has been deliberately linked in length to the broadcast deal.

PFA Co-Chief Executive Kathryn Gill explained that being able to achieve this agreement was a huge milestone for the professional game in Australia, after such a long period of uncertainty in recent years due to the COVID-19 pandemic and the end of the previous broadcasting deal with Fox Sports.

“The players’ vision for the negotiations was economic security and stability for the clubs, the leagues and the players. This agreement is a foundational step towards this objective and our leagues will be stronger as a result,” she said via the joint statement.

“It has been an incredibly challenging time for our game; however, we believe the CBA will provide a platform for our leagues to be re-launched and for a genuine partnership between the clubs and the players to be forged.

“I would like to acknowledge the work of Greg O’Rourke, Danny Townsend, Tracey Scott, Chris Pehlivanis and John Tsatsimas for their efforts and commitment during the negotiations and especially the players who participated so actively throughout.”

PFA President Alex Wilkinson noted the immense sacrifice made by many players to usher the game through the COVID-19 pandemic, which he says helped pave the way for this agreement.

“This generation of players, club owners and staff have been asked to make immense sacrifices to preserve our sport during unprecedented times,” he said.

“As a result of these sacrifices we have been able to take an important step forward and provide greater certainty for the clubs and players and make important progress in areas such as our high-performance environment, player welfare whilst further embedding our commitment to gender equity.”

Under the new CBA, genuine equity in high-performance standards in the A-League and W-League have been entrenched in order to create a “world-class workplace” for all of the country’s footballers.

This CBA will be the first to deliver common standards across higher performance and medical departments across both the W-League and the A-League.

Increases to minimum and maximum player payments are also factored in during the course of the five-year CBA with a particular focus on an increase to the W-League salary floor, providing another massive boost on the back of the recently announced expansion of the competition to also include Central Coast Mariners, Wellington Phoenix and Western United.

There will also be a reformed contracting model that allows for greater capacity in squad investment for clubs, with an allowance for up to two “Designated Player” spots, which will allow clubs to invest between $300,000 and $600,000 in players whose salaries will be excluded from the A-League salary cap.

These “Designated Players” will be in addition to the current exemptions, such as “Marquee Players”.

Furthermore, there will also be greater capacity for clubs to contract youth players with an increase in the cap on scholarship players. The CBA also provides for guaranteed funding for player welfare and development programs, as well as greater support for the PFA Past Players Program.

APL Managing Director Danny Townsend said the deal was proof that the APL was living up to its promise of greater investment since taking control of Australia’s professional leagues.

“When APL took control of the leagues, we promised it would herald a new era of investment and this agreement shows the progress that has already been made,” he said in a statement.

“This is a clear example of what can be achieved when we work together with a common vision to realise the potential of Australian football.”

“Players are partners with us in the game and central to its growth. Having all of our partners on-board with the re-imagined future of the game is vital, and this agreement marks an important milestone in our new relationship,” he said.

“There will be immediate improvements across the men’s and women’s leagues, most notably for women’s football, all of which will flow through into improved experiences for players, and ultimately into growing and improving our game.”