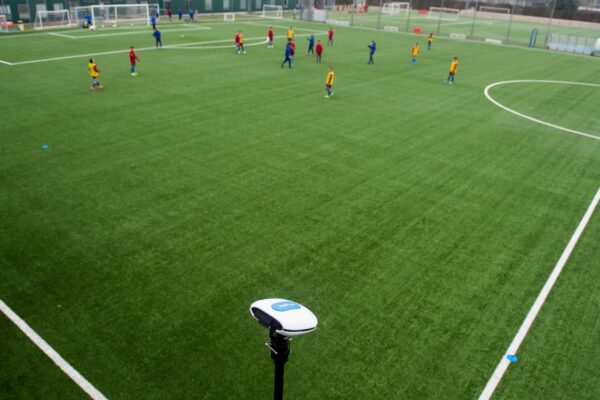 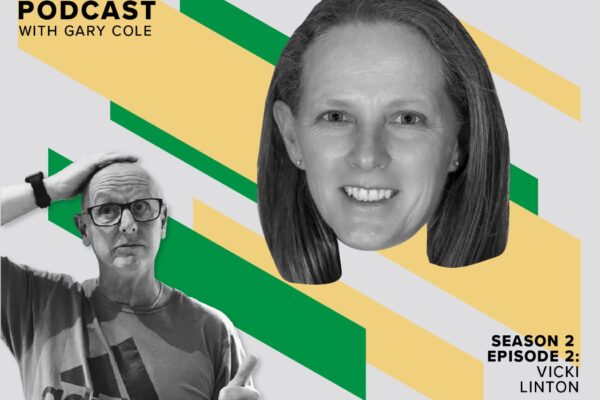 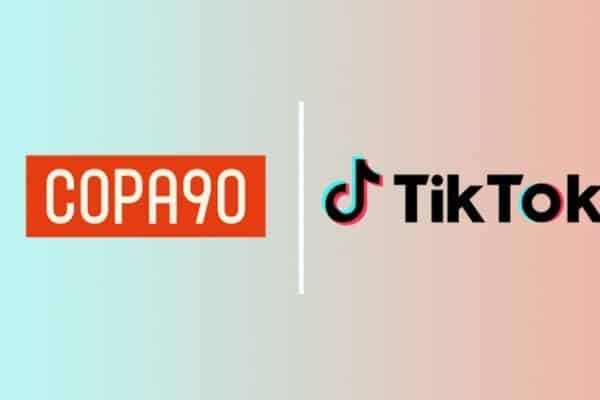 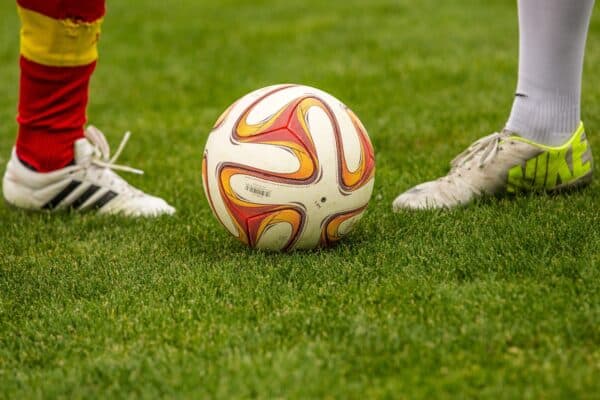 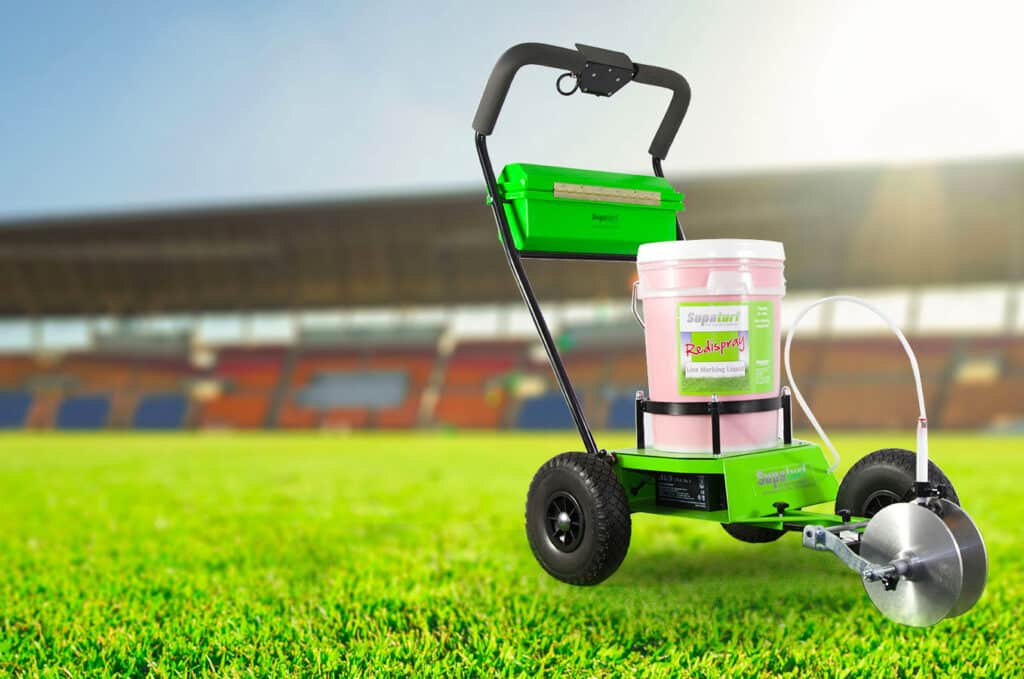 Supaturf is an Australian owned and operated company which plays an important role in the football community across the country.

The company, which was established in 1992, locally develops and distributes line marking machines, accessories and liquids for football fields across Australia.

Supaturf’s range of products, including their line marking and line removing liquids, are considered to be cost effective, easy to use and eco-friendly amongst other things.

Their reliability and profile have led the company to partner with various organisations over the years, including state governing body’s such as Football Victoria.

Supaturf’s partnership with Football Victoria has spanned multiple years and continues to be mutually effective for both sides, according to Victorian Sales Representative for Supaturf, John Hansen.

“It’s the fifth or sixth year of the partnership, basically we supply all the line marking for all the clubs,” he said.

“We have direct access to the 350+ clubs under the Football Victoria banner which is great and the federation is very organised through Anthony Grima (Head of Commercial at the governing body).

“For Football Victoria, it gives them continuity that they’ve got a supplier that is Australian made and Australian own…basically everything is done here in Australia.”

Through the partnership, clubs are offered incentives to use and purchase products provided by Supaturf.

“We generally put out flyers and so forth, but normally there’s a conference in February, however that didn’t happen this year because of COVID. All of the clubs usually come through there and we will sell our stuff at the conference, giving them various discounts and specials.”

Supaturf doesn’t have similar deals with other football governing bodies across Australia akin to the FV deal, however, Hansen explained it was not that necessary as the company already has access to clubs across the other states.

When questioned why the rest of the football community should continue to choose and use Supaturf’s products, Hansen claimed: “Because we’ve been around for 30 years, we are the biggest in Australia.

“We export all over the world, including across to England and Japan. We’re very big in New Zealand for example as well, but most importantly we are Australian made, Australian owned and environmentally friendly.”

Supaturf’s products have been used on most major sporting stadiums in Australia as well, including famous venues such as North Sydney Oval, which once hosted Northern Spirit games in the old National Soccer League.

“To maintain a prestigious sporting field such as North Sydney Oval to it’s premium capability, the ground requires the best products and service, and with Supaturf, we can achieve those results,” said David Somerville, Assistant Grounds Manager at North Sydney Oval.

“Supaturf has been part of our field marking programme for many years now due to its high-quality paints, serviceability to its units and above all else their reliance when required in both product distribution and cost effectiveness to other similar commodities.

“Presentation is the end result to any turf manager and Supaturf allows that to happen – they will be part of our oval for many years to come.”

If any football club in Australia is looking to purchase line-marking products, here are a few reasons why it is vital to do so, according to the Supaturf blog.

This is why line-marking in stadiums is so important:

There is a lot involved in ensuring a venue is spectator-friendly, with most of that coming down to the ease of access spectators have to the stadium and knowing where to go once they are inside.

It is crucial to understand the different responsibilities of stadiums, patrons, players and staff which is why when line-marking is applied, it needs to be reliable and durable. Supaturf’s extensive range of line-marking equipment offers options to cater to individual venues and their specific line marking needs.

For more information and product enquiries on Supaturf, visit their website here. 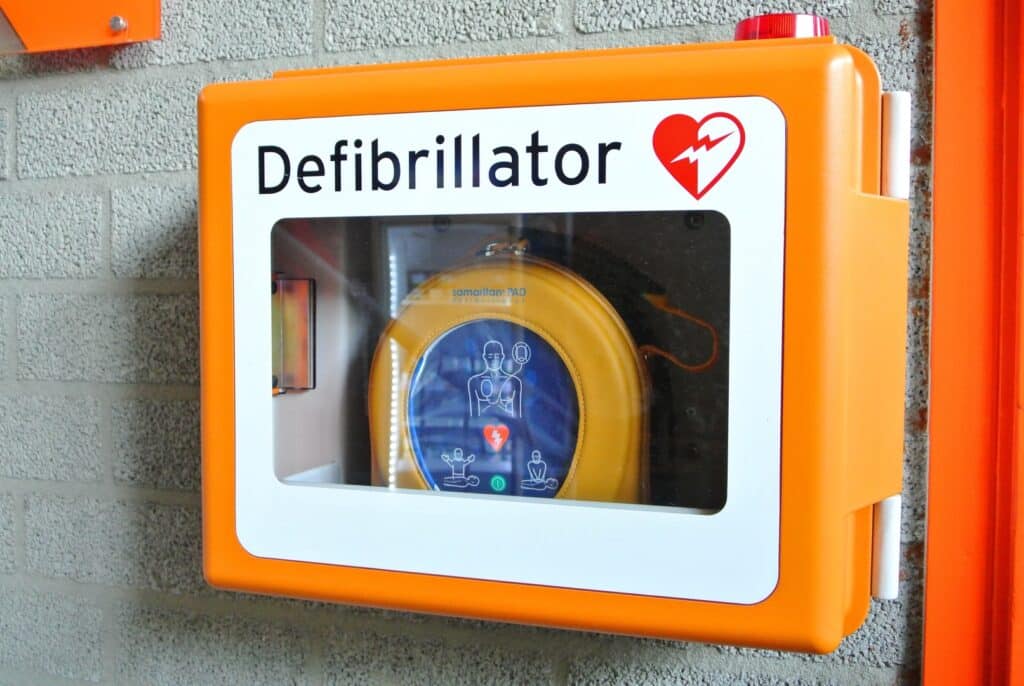 Vicsport has announced a partnership with AED Authority Australia, as the defibrillator supplier will give better access to automated external defibrillators (AEDs) for Victorian sports clubs.

The improved availability of AEDs can help sports clubs be on the front foot when it comes to developing and executing emergency response plans that save lives of participants.

Vicsport’s extensive network from over 30 years of service, including 16,000 clubs and associations and over 3.9 million participants, are those who make a significant contribution to the social, physical, mental and economic wellbeing of the Victorian community.

An AED offers a portable, easy-to-use device that delivers controlled shock to an individual showing symptoms of a cardiac arrest – when the heart stops beating.

It is something that can occur to anyone, anywhere and any time, so clubs must be alert especially if it happens on the field.

Every year in Australia, around 33,000 people experience a cardiac arrest out of hospital, but as few as 5% of these people are able to survive.

A privately owned health and safety company, AED Authority aims to improve Australia sudden cardiac arrest survival rate. They help customers distinguish fact from fiction when considering an AED program, demonstrating how simple a defibrillator can be to save a life. An early use of defibrillator leads to a 70% survival rate.

“We’re excited to partner with Vicsport. AEDs are valuable protection for athletes in all fields and their communities.”

“Even healthy seemingly, low-risk youth can have underlying heart conditions that are triggered by strenuous activities. Making an AED part of every club’s emergency response plan can save lives.”

“Vicsport is looking forward to working with AED Authority in order to provide safe environments for all sporting clubs in Victoria.”

AED Authority knows that the purchase of a defibrillator can be confusing, based on years of experience with AED sales and management programs. This new partnership can take all the question marks out of the equation, by assisting clubs with all aspects behind a successful AED program: from site assessment and device selection, to monitoring and maintenance in conjunction with special Vicsport member packages. 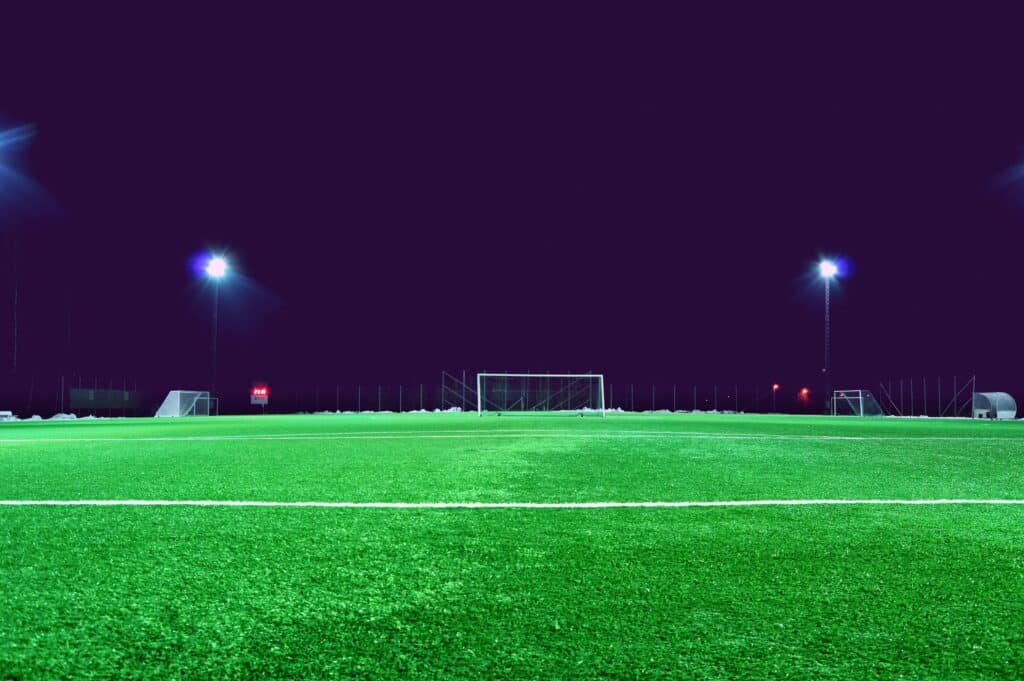 After committing $50,000 to develop a feasibility and business plan for a regional soccer centre, the City of Greater Geelong has engaged with Football Victoria (FV) to further plans for the new facility.

Councillor Kylie Grzybek said that after a meeting on Monday, FV has committed to supporting the concept of a Geelong regional soccer centre.

“They have committed with us to engage with us throughout the entire process in terms of statistics, player numbers, and those types of things,” she said.

“They’ve also looked to how they engage and renew the G21 soccer plan, which was done in 2010, and that is the document for Geelong concerning what venues have, what types of facilities are available, and what the overall vision for soccer in Geelong is. There are two different things there, the new facility and the G21 soccer plan, but they link together quite nicely,” she said.

Foddy Kyprian, FV’s club and regional ambassador for Geelong, stated the plan has the full backing of the member federation.

“We are having all the relevant government relations staff working with (councilors) Kylie and Eddy (Kontelj). The CEO Kimon Taliadoros has given his full backing to cooperate in every single way they can when working with Local and state government,” he said.

“They have great connections with both state and federal governments. Having the governing body on board with us is exciting, and we will look to how they help us get this up and running,” she said.

The City of Greater Geelong has also engaged with Mike McKinstry from the Geelong Regional Football Committee (GRFC).

“While councillor Eddy and I are spearheading this at the moment, we feel there is an opportunity for GRFC and Football Victoria to play their part in promoting Football in Geelong,” Grzybek said.

The opportunity of a regional state soccer centre is one the football community in Geelong deserves for their hard work in developing the game, according to Kyprian.

“The sooner we can have this stadium the better. We can showcase the A-League, the W-League and the FFA cup games we have,” he said.

“The clubs and the Geelong region deserve this. They’ve worked hard over the past 10 years to come together as a group. They deserve the reward for working together.” 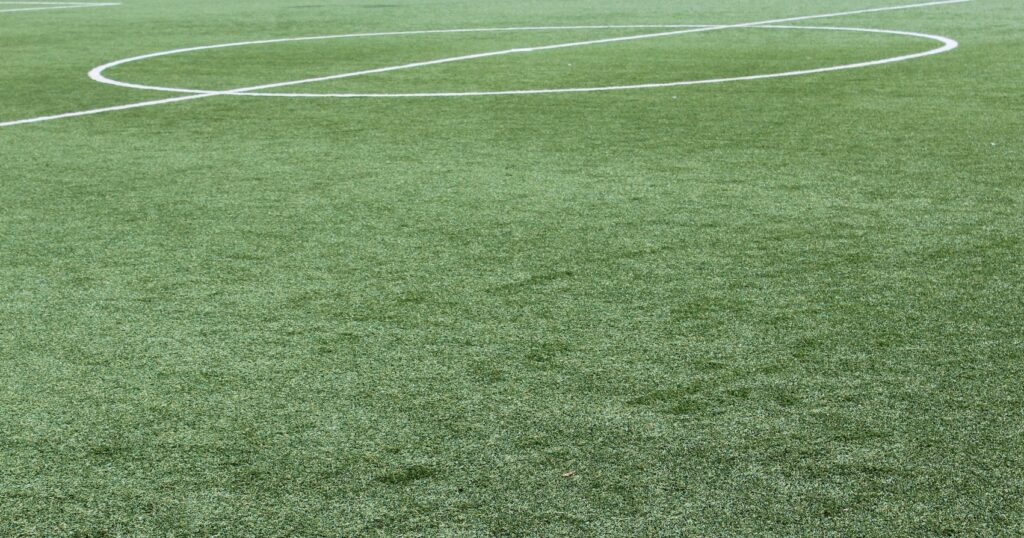 Covid-recovery stimulus funding of $2.75 million for sports centres in Greater Dandenong has seen the State Government utilise $1.75 million of this package towards Ross Reserve, home to Springvale City SC and Sandown Lions FC.

Previously in April, the Frankston City Council funded upgrades to sport and recreation, where the Peninsula Strikers Junior Football Club benefited from. Now the cash splash by the State Government have made its way to Noble Park.

The crusade of bringing community sport to a higher standard is evident from the plans shared by the City of Greater Dandenong, where the funding to Ross Reserve will install a synthetic soccer pitch, 200-lux floodlighting for the pitch and landscaping, two coaches’ boxes with an additional technical box and perimeter fencing. The City of Greater Dandenong will contribute $616,000 to the cause, with the remaining of the State Government package to be put towards upgrading the tennis courts of the Burden Park Tennis Club.

“This is a massive win for the Ross Reserve precinct and Noble Park – and builds on the other infrastructure projects that are currently underway including the New Sports Pavilion, the new All Abilities Playground and the new Health and Wellbeing Centre at the Noble Park Aquatic Centre (NPAC),” South Eastern Metropolitan MP Lee Tarlamis said, chair of the Noble Park Revitalisation Board.

“These important projects will deliver state-of-the-art facilities for our local community and for existing and future members of the clubs that use them for decades to come – as well as create local jobs in the short term.”

This is welcoming news as it comes from the back of the genesis of the Ross Reserve project in September 2020. The announcement of that time included a premium community standard sports pavilion that provides female and junior friendly facilities that would cater for Football Victoria, AFL and Cricket Victoria standards, an oval extension and a jogging/tank track.

Other infrastructures undergoing development at the reserve is an All-Abilities playground and streetscaping on Douglas Street, Noble Park, that the council have received a budget of $500,000 to get it up and running.

“We are thrilled to receive this funding which will have lasting benefits for the health of our community through new and improved sports facilities,” Greater Dandenong mayor Angela Long said.

“There is significant work underway throughout our city, and in particular through the work of our Noble Park Revitalisation Board.”

The projected finish of construction was originally tabled towards the end of 2021, but with additional funding towards new project works at Ross Reserve, it remains unclear. However, what is certain is the enhancement of the healthy local derby between the two football clubs while taking full advantage of the facility investments provided by the State Government.