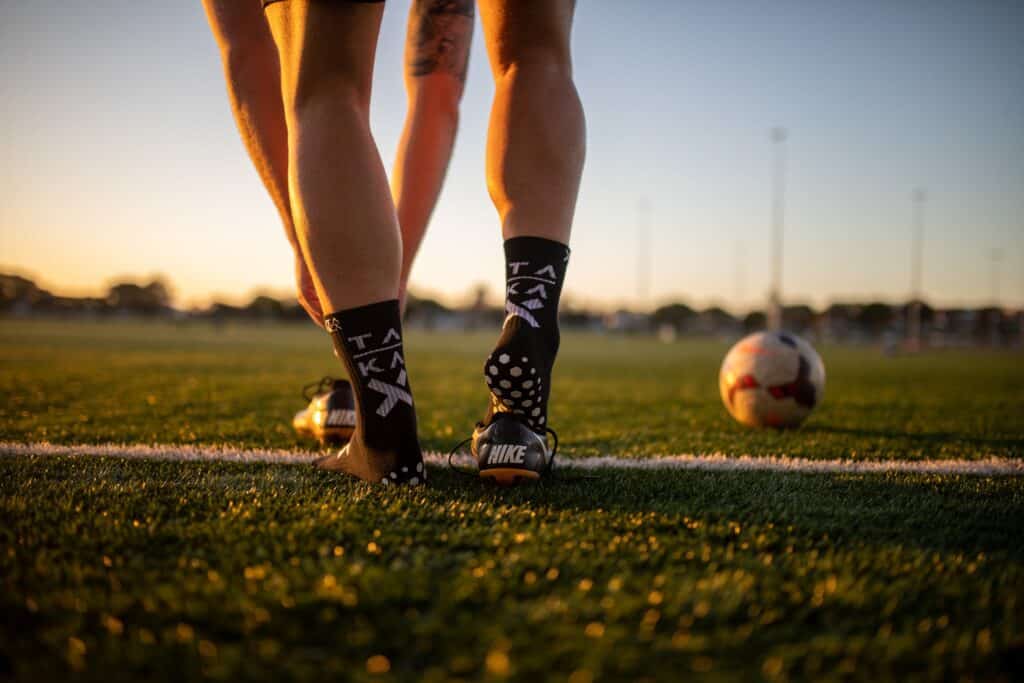 Taka Grips is a high-performance grip socks company based in Sydney, with the overall aim of improving player performance and comfort on the field.

Liam McConaghy, the founder of the business, explained to Soccerscene that his own personal experiences of discomfort on the pitch inspired him to find a viable solution to issues affecting his game.

“It was actually November last year, so not that long ago, we started back at preseason – I play in NPL NSW and I was signed for St George at the time,” he said.

“What happened was we were training on an artificial turf on a Sunday and it was really hot (it was coming into summer) and my feet were just getting torn to shreds.

“There were just the worst blisters and I could feel the friction inside my boot – so I thought to myself I need to find a fix and investigated what all this grip sock business was about.”

He personally never had owned a pair of grip socks, but was left dismayed by the prices he saw online for the item, which prompted him to try and start his own business.

“I got online to buy some and they were $70 a pair,” McConaghy said.

“So, I guess I just had a thought to myself (about creating the business), it just sort of started off as one of those ideas.”

A PE and Design and Technology teacher by trade, McConaghy used his expertise in these areas to devise his product at a much more affordable price of $30.

“I have got a bit of experience and training with graphic design and that sort of thing, so I had a bit of a play around and contacted some suppliers and manufacturers and eventually, one thing led to another.”

The sock itself is made with durable and lightweight material, however its custom grip placement and advanced technology is specifically beneficial for players looking to improve their change of direction, speed, agility and enhance their comfort.

“The socks have got these little grip pads that are basically pressed into the socks through a high-heat glue gun,” McConaghy said.

“I’ve strategically placed them all over the bottom of the sock in places where you would have the most pressure inside your boot. So for example, around the ball of the foot and the back of the heel – I made sure mine came up the back of the foot, so you wouldn’t get that slippage in the back of your boot where a lot of the blisters happen.

“Essentially what happens is you don’t slide around in your boot, so without any friction in your boot you don’t get blisters and it’s better for your movement.”

Although only recently launching the business, the socks have gathered an immediate following and appreciation from professional football players in the A-League and around the world, in leagues such as the J-League.

“I’ve pretty much been playing NPL1 since I was 14 years old, I used to play with the likes of Massimo Luongo and Aaron Mooy,” McConaghy said.

“So, I’ve got old contacts through playing and reached out to a few people and asked if they’d like to wear them, which they were more than happy to and from there more doors have opened.”

Other professional players from different codes including NRL and AFL have also been using the product, with the socks now entering more sports department stores around Australia.

Social media, particularly the company’s Instagram page, has increased the profile of the grip socks to a wider audience, but possible future partnerships with football clubs and state federations across Australia is a logical next step, according to McConaghy.

“While I have thought about expanding into different clothing down the line, firstly it would be good to be able to get some clubs onboard with Taka Grips through a sponsorship, supplying the whole club from juniors through to first grade,” he said.

In the present however, McConaghy is proud of the work he has done so far and how quickly the product has already grown.

“I am very proud, because it sort of just started out of nowhere,” he said.

“I literally just thought let’s give it a crack, apart from some help from my girlfriend I’ve pretty much done it all myself.

“It makes me proud, especially when I look at the calibre of people who are wearing them.” 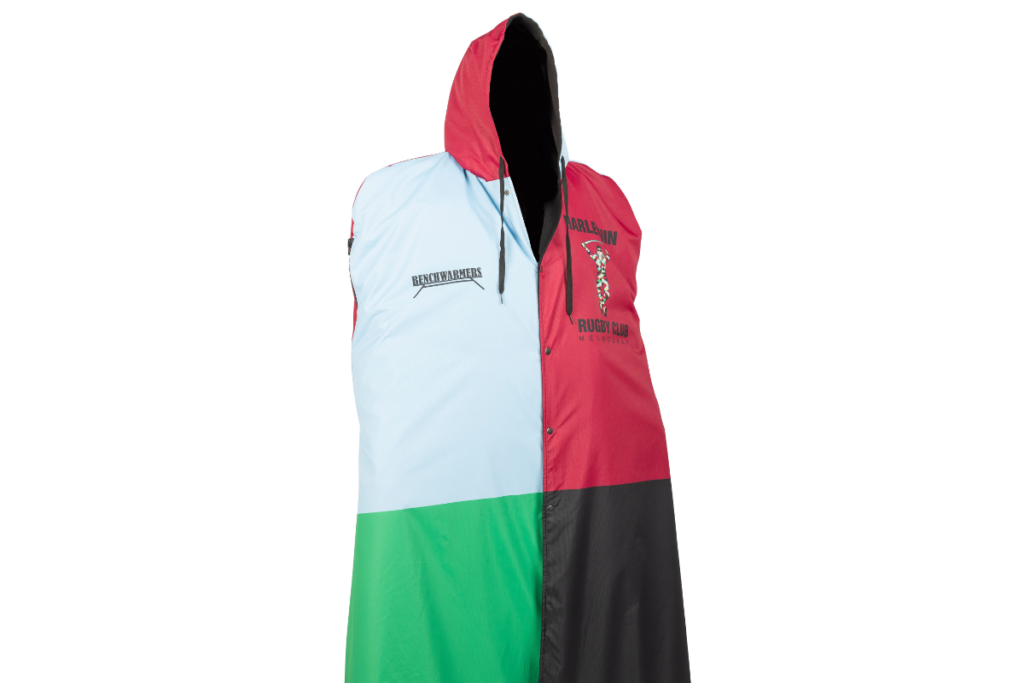 Australian sportswear company Benchwarmers are targeting the issue of soft tissue injuries through their innovative product.

The company estimates that hamstring strain injuries account for 12-16% of all injuries in English, Australian and New Zealand professional Football. A key component of this can come from a players’ time on the bench.

Traditionally played as a winter sport, amateur soccer players are at risk of injury in cold conditions.

Speaking to product creator Andrew Lauder, the body length sportswear came about from noticing an increase in hamstring injuries at local level.

“We noticed kids and adults going out with hamstrings,” Lauder told Soccerscne.

“They’re sitting on these cold benches that are on parks everywhere, and they don’t really warm up. They just go out on the field and then they’ve pulled up with a hamstring.

“Two and two doesn’t take rocket science to figure out – sitting and cooling those muscles down and then using them straight away is fraught with danger.”

Designed for local and amateur players, Lauder wants to mitigate the risk associated at those levels. While elite athletes have access to the best medical staff, he doesn’t want to see younger players at risk.

“At amateur and junior level, we don’t have proper medical staff or people that understand body mechanisms, and they just send the kids or amateurs out,” Lauder continued.

“That’s when it pulls them all out. Benchwarmers is more just to say, ‘hey keep them warm’. A lot of them throw a hoodie on, but the legs and everything are still exposed.

“The main things that they are using all the time are the calves, quads and the hamstrings. We found it to be a very important thing.

“In junior and amateur level, when some of these guys and girls get hurt, they go into shock. They put them on the bench and have one of the medical staff looking at them who’s not really experienced, they might be a parent who’s done a course.”

Being custom-made, Benchwarmers offer a ultra-lightweight solution that includes insulated inside pockets, a hood, resistance to water and wind, and fully fleeced lining for extra warmth. 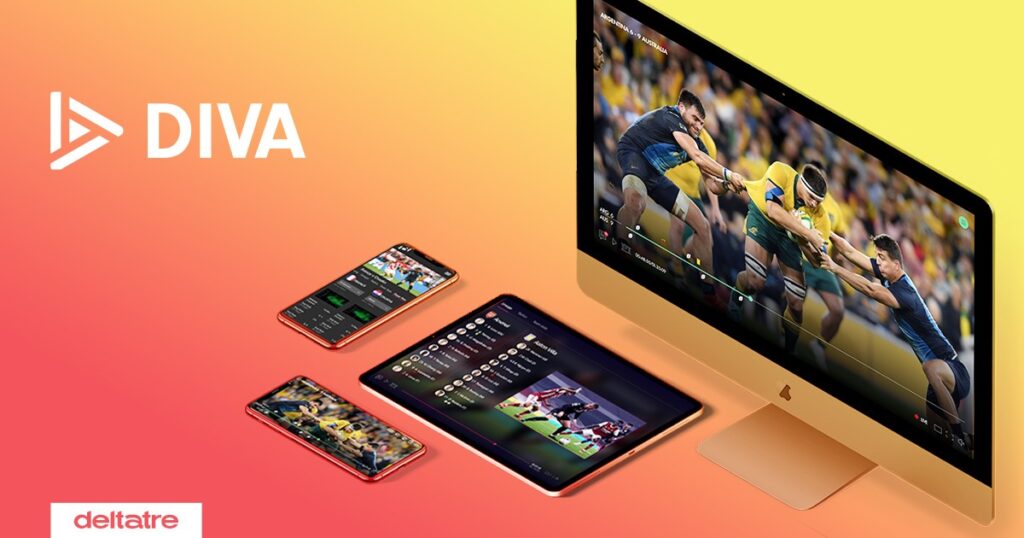 Deltatre, the global leader in fan-first experience, has announced an evolution of its industry-leading OTT video player DIVA – as used by BT Sport, NFL Game Pass and other prominent streaming platforms – that allows for simpler integration with a client’s existing technology stack.

For close to 10 years, DIVA has been regarded as a market leading, interactive OTT video player for sport. DIVA empowers rights owners to spark new levels of engagement through an interactive OTT player which supports:

The new generation of the DIVA (5.0) player has been built to enable a simplified SDK integration, configuration, and set-up for clients across their apps. In essence, this new offering enables clients to integrate the best-in-class interactivity provided by the DIVA front-end with any existing video workflow.

Deltatre can now serve operators in the market that wish to adopt interactive front-end features whilst retaining their existing Online Video Platform (OVP) – greatly reducing effort-to-market and allowing clients to focus on servicing their users and providing an enjoyable viewing experience.

“Our latest offering helps clients that come to us with established video workflows, but also want the interactive, engaging features that DIVA brings. Together, we can ensure the end-user experiences their favourite sports in the way they want, with the fan fully in control of how they interact with a service.”

To learn more about the evolution of DIVA, click here.