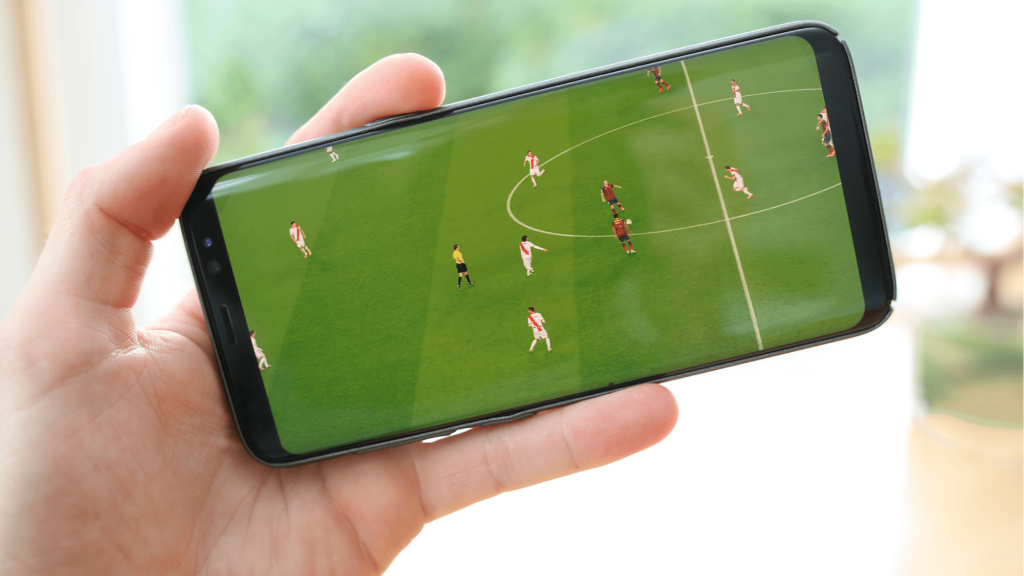 Fans haven’t been able to attend games due to Covid-19, but Altrincham FC has adapted to deliver pay-per-view live streaming in collaboration with TicketCo TV.

The Manchester-based club, playing in the UK national league, were able to establish a secure and sustainable revenue stream with all home games streamed at The J. Davidson Stadium.

“Live streaming games was a service we wanted to deliver this season regardless of how Covid-19 developed in the late summer and early autumn,” he said.

“We knew we had the technical capability to broadcast games, but we were short of a means of broadcasting it and doing so in a secure and financially viable way. 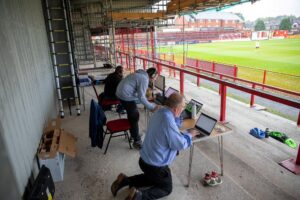 “We wanted to use our own broadcast capabilities by using our own cameramen and commentators, but at the same time we required a strong commercial model.

“TicketCo fit the bill for all of our requirements and we are delighted to be working with them.”

TicketCo have worked with FC Isle of Man who launched their own live streaming service during a pre-season friendly against Guernsey FC. Isle of Man reached a new global audience using TicketCo TV’s HD quality and even sold both physical and live streaming ticketings to supporters for the game on the same platform.

“FC Isle of Man had nothing but good things to say about the service TicketCo provided,” Waterson said.

“One key attraction to us was the fact the payment and streaming service was all available via one platform.”

Altrincham’s first game with TicketCo came against Salford City’s U23s where the hosts won a pre-season friendly 5-1 at The J. Davidson Stadium. Originally a test events for fans to return to terraces, it instead proved a test for upcoming live streams.

“We marketed the live stream to supporters the day before the game as the developing Covid-19 situation meant we had little notice from Government regarding our ability to welcome supporters back into the stadium,” Waterson said.

“The following Saturday, 749 users tuned in to watch Altrincham’s first league game of the season against Weymouth.

“Many of our season ticket holders live in the same household, so to have 749 individual users login to watch the game was beyond all of our expectations,” added Mr Waterson. “We believe we can push over 1,000.”

Live streaming has the capability of reaching audiences that clubs may never thought of before. 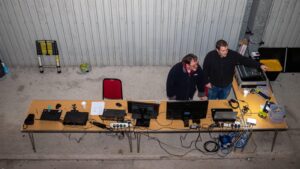 “We have viewers tuning in from Belgium, the Netherlands, Norway and Canada – and even Afghanistan!

“It’s exciting to learn this new information. Although we only have a small fanbase outside of the UK, we will consider providing a live streaming service to supporters that live abroad once Covid-19 restrictions ease.

“TicketCo make the service we provide easy to execute, so we’d be silly not to consider these opportunities for the future.”

If restrictions continue, Altrincham have plans to advance their live streaming capability to make the viewing experience better.

“We have introduced graphics and captions, next we want action replays and a selection of camera angles to improve the stream’s quality,” Waterson said.

“TicketCo’s platform allows us to upsell products like programmes too, so there is an option to maximise revenue which we are keen to explore.

“Now we know we have established a quality streaming partnership with TicketCo, we want to do develop it to offer more digitally.

“For example, we could stream our youth team’s games should the demand be there for it.

“That’s the beauty of TicketCo, we can almost instantly create a pay-per-view streaming service if demand is there.” 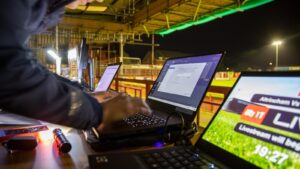 Altrincham is a semi-professional club just like the many National Premier Leagues (NPL) clubs we have in Australia. TicketCo presents as a streaming service provider for local-based clubs wanting to extend their coverage of league and cup competitions.

TicketCo TV’s pay-per-view is an on-demand service which is fully integrated with TicketCo’s payment platform. There are no set-up costs, an affordable pay-as-you-go price plan and streaming software is provided so a club could easily start streaming in Full HD quality with crystal-clear sound.

“It is quick and easy to set up and comes with additional commercial benefits including the ability to fully brand the stream with club colours and branding and the functionality to sell sponsorship and retail products.

“Pay-per-view live streaming is available for clubs of all sizes now and will become as important as seats in the stadium. We are here to help clubs of any size.” 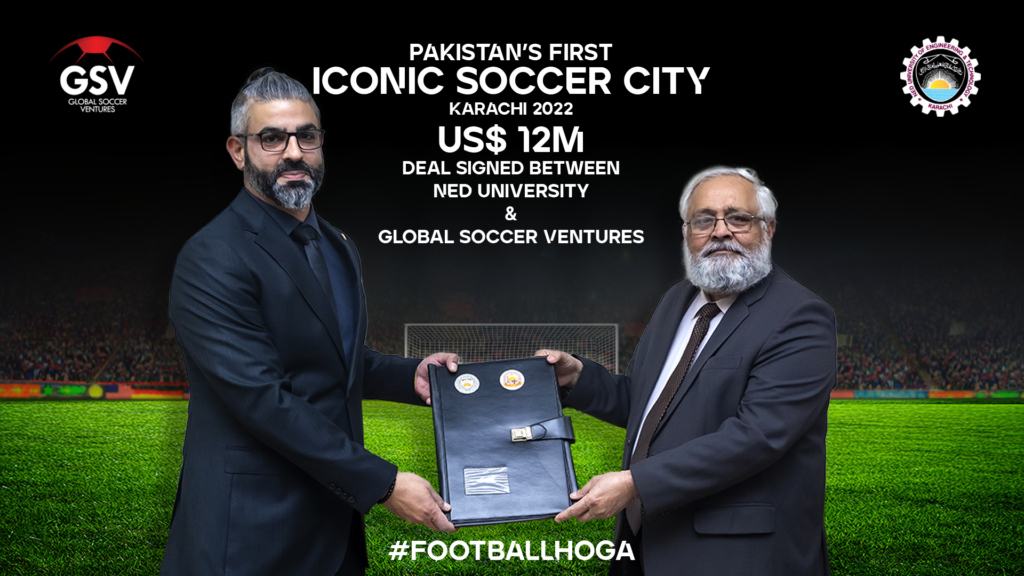 In an exciting collaboration, NED University of Engineering & Technology and Global Soccer Ventures (GSV) have entered a 10-year agreement to build the first soccer-exclusive stadium for Pakistan.

The landmark deal will see a state-of-the-art stadium built by the influence of German engineering, which will help with various football infrastructure projects in Pakistan.

Karachi city will be home to the new stadium, backed by an investment of $16 million. The project will ensure that the nation has FIFA international playing conditions and a new experience for fans not seen before.

“NED is world renowned for being at the cutting edge of technology and science in its educational curriculum so why not football. It is a vision that only GSV can bring to life.  I have seen the science and evolution of football on offer and it will be a major transformation for football in Pakistan.”

“It is time Pakistan rediscovers itself in football infrastructure offering the much needed professional and world class facilities.  This flagship soccer city at NED will entice other cities or institutes to come forward and become part of GSV’s football legacy offering the best in technology, science and football training all under one roof.”

“There is nothing more important than having home and away fans in football stadiums.  This investment will not only ignite inter-city football rivalry but will also become the future of football development all over Pakistan with sports science at the forefront offering international opportunities.”

“We are the foundation of a sports revolution in Pakistan with soccer city being our flagship show-stopper.  The ideology here is that we don’t want to tell people of our dreams we want to show them, so we build it, fans come and get fanatical about our players in Pakistan’s very own theatre of dreams to display their talent.”

A detailed announcement and reveal of Pakistan’s first ever soccer city is to be made by the end of January 2022. Michael Owen and a star studded celebrity line up with be on hand with the very first images and 3D virtual video of the stadium being unveiled as a new year’s gift to Pakistan.