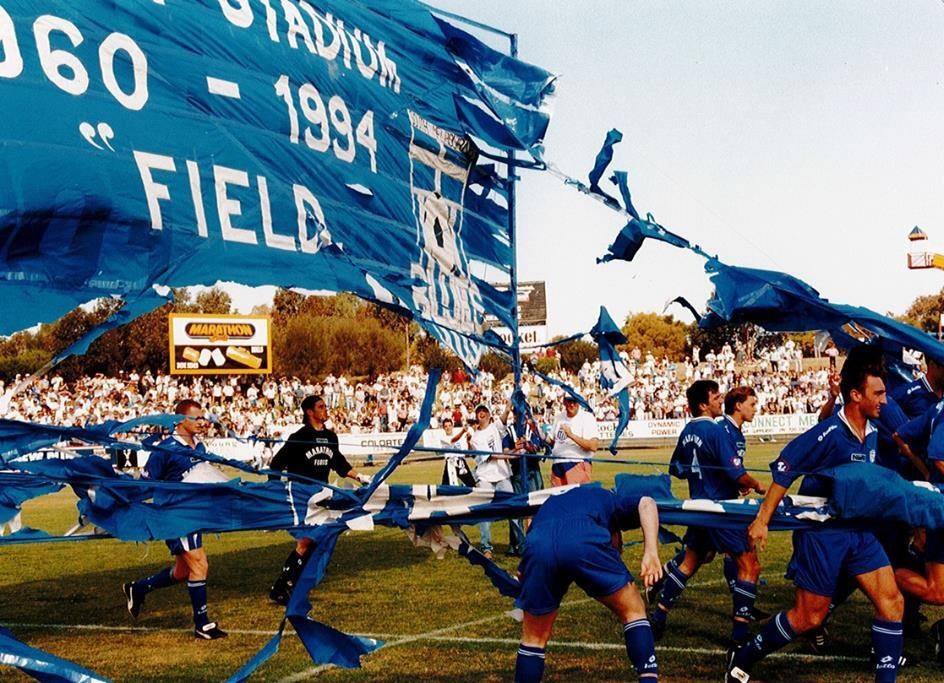 With the prospect of a future National Second Division gaining traction, the revival of the community model in Australia’s topflight may once again become a reality.

To continue the conversation, South Melbourne legend Vaughan Coveny joined the returning Vasilopoulos to share his experiences from a player’s perspective and provide his insights into the club’s culture of success, both on and off the park.

“I was playing at Wollongong and Frank Arok was manager at the time. South Melbourne was one of the biggest clubs in the country at the time and everybody wanted to go there. I was honoured to get the call,” Coveny recalls.

“What made the club so successful was the high expectations and standards set by everybody. It wasn’t just one factor or one superstar player, but the whole club. That drive for success and high level of standards filters down. It’s how these big clubs create that aura about them.”

The Kiwi would go on to make almost 300 senior appearances for South Melbourne over three stints, scoring more than 100 goals.

“Initially, Frank (Arok) was there with Ange (Postecoglou) as his assistant. We had a young squad. Frank was a bit older and experienced, he had coached Australia and just oozed enthusiasm and love for the game which rubbed off on the players,” Coveny said.

“He got a lot out of that younger group and was responsible for developing a lot of those players to eventually play for the Socceroos.”

Coveny himself would go onto become the record goal scorer for the New Zealand national team, while many others forged successful careers domestically and abroad.

Although Arok inspired and nurtured the young playing group, he departed in 1996, leading to the appointment of his assistant – at the time untried head coach, Ange Postecoglou.

For George Vasilopoulos, Former South Melbourne FC President (1989-2002), there was plenty of pressure to make the correct decision but ultimately, he decided the best approach was to promote from within rather than seek an external candidate.

“It was risky, as he was seen as a very young man for the job. There was a lot of resistance from board level but at the time I was happy to take the risk given his character and knowledge,” Vasilopoulos said.

“I remember that we lost a number of games to start the season and people were convinced it was the wrong choice. Many people wanted to sack him, but I was there in 1979 when the club finished last and the reason for that is that we sacked three coaches. I learned a lot of lessons from that period, good and bad. I knew we needed to stick by him.”

“In those days I would attend every training session and spend every weekend with the players, travelling to games and in the dressing rooms. I had an extremely close relationship with the group. They would tell me that he was the right man for the job, and it was them, not the coach causing the poor results.”

Coveny experienced this period first-hand and was part of the squad that ultimately went onto achieve great success under Ange Postecoglou.

After a disappointing 1996 season where South finished 8th, the club would make a preliminary final before winning back-to-back championships in 1998 and 1999.

“When Ange took over, he brought his own style. A different style and philosophy to Frank. He had a great team to work with and because he (Postecoglou) was a previous player, he knew exactly what it meant to win championships,” Coveny said.

The club’s talented group drove the team’s on-field success and this further built the strong relationship the players and coaches shared with the fans.

Like many other football clubs throughout Australia, South Melbourne’s fanbase was, and continues to be, entrenched in the city’s migrant community.

This is something Vasilopoulos believes contributed to the tightknit atmosphere which promoted inclusion and ultimately led to a large supporter base made up of people willing to invest time and money back into the club.

“Football promotes diversity. When I started following the club in the 1960s it was vital for bringing people together. A lot of people who arrived in Australia at the time not knowing the language or customs had a common interest to focus on,” Vasilopoulos recalled fondly.

“This wasn’t just for Greek people but for all of the people in the area who supported the club. It was a place for people to get away from politics and work and come together for the love of football.”

For the players, this commercial success during the 1990s led to many benefits. From elite training facilities to world class infrastructure, the lucrative sponsorship dollars were heavily reinvested into the club and its personnel.

“I played my first game when Bob Jane Stadium opened. I remember we lost against West Adelaide, but there were 16,000 people at the ground.”

“That’s why the players want to go to the best clubs. We had great fans, but also the best facilities and the best of everything. As a player, it encourages you to develop and excel.”

“Club sponsors are so valuable to clubs. At the time, our sponsors and supporters were very generous. If players or staff were producing on the field, we got the best of everything. This translated to contract negotiations, where players at most of the clubs were well looked after. Without the sponsors and the fans, that revenue simply wouldn’t have been there,” Coveny said.

The success of the club during this period, commercially and on-field, was founded on a community model where passionate fans and administrators contributed their time and money. Although this led to the club becoming a powerhouse of Australian sport during the 1990s and early 2000s, the sporting landscape has largely changed. Today, many argue whether this will governance style would translate to the modern era where privatisation rules and clubs rely on the investment and influence of their owners.

Coveny, who now works as Head of Football at Essendon Royals, is hopeful but somewhat pessimistic that at the community-driven model can translate to today’s elite sporting environment.

“I think it’s a lot harder these days. It could work but now you need the resources and facilities. In football, we always struggle for grounds and funding and often have to share facilities with other sports,” he said.

“It may be achievable, but it would need a lot of work and people and clubs would have to work extremely hard to make it happen.” 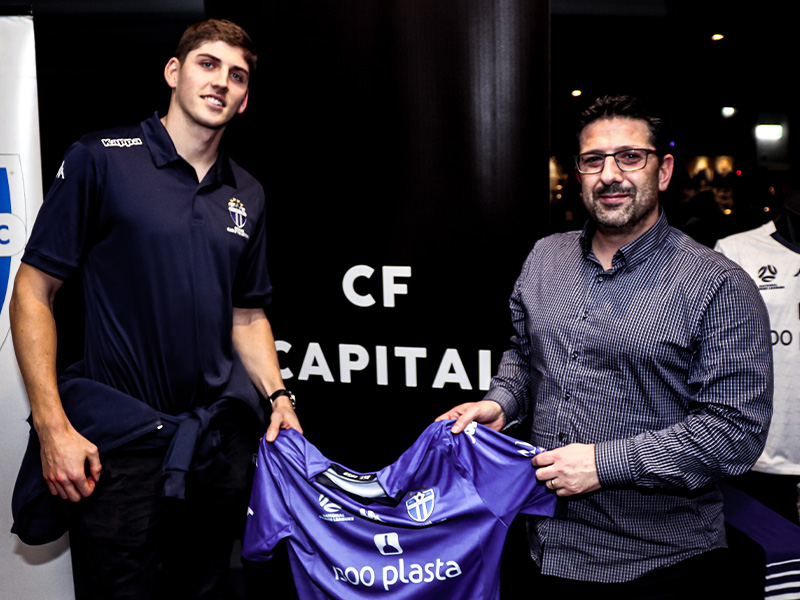 National Premier Leagues Victoria side South Melbourne FC have announced CF Capital as a Major Principal Partner for the next two years.

The six-figure sponsorship agreement is the largest single sponsorship in the history of the side. The partnership is a vote of confidence in South Melbourne FC both on and off the football pitch.

The news comes at a significant time particularly with Football Australia setting a placeholder for a prospective national second division in the 2022-23 Domestic Football Calendar.

CF Capital is one of the leading funds management firms in Australia with expertise in a range of asset classes including real estate development, equity, investment and credit.

CF Capital joins a group of high calibre club sponsors from the finance and investment industries and will leverage the relationship with South Melbourne FC to further develop their network.

“I’m proud to have Paul Chiodo and CF Capital join South Melbourne FC as the clubs Major Principal Partner. Their commitment represents the largest sponsorship in the history of the club. The six-figure annual agreement represents trust in the South Melbourne brand, its values and its approach to aspirational success and achievement. Paul and his leadership team have been impressed with our community diversity and engagement. They have pledged to directly support our All Abilities Programs.”

South Melbourne FC members and supporters will become familiar with the CF Capital brand around Lakeside Stadium, with signage featuring the logo prominently for the livestream audience in front of the Clarendon Corner. As the side’s Major Principal Partner, CF Capital will also be involved in corporate events and functions. 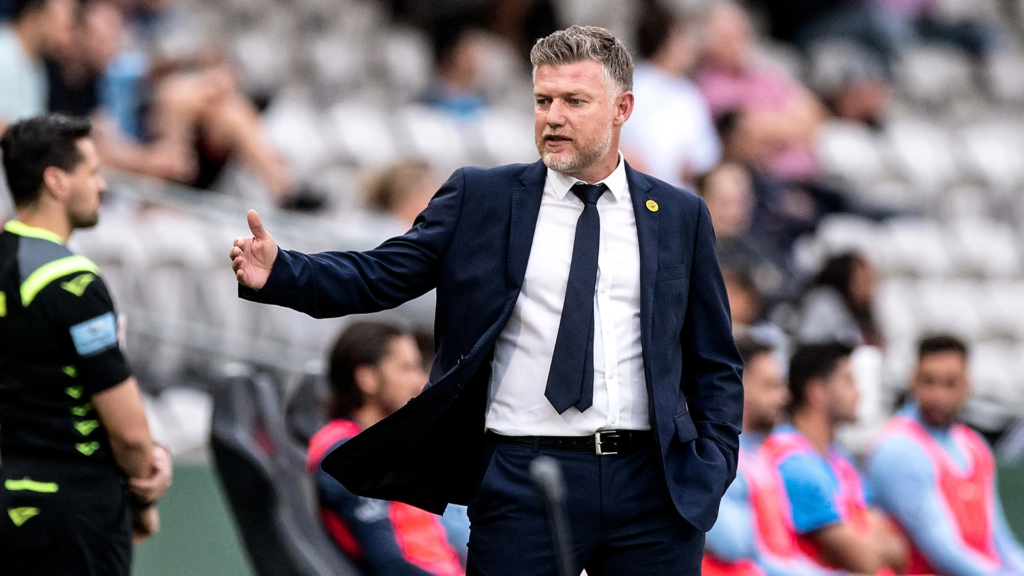 “Be strong in your beliefs. Don’t compromise on your playing style and philosophy and the principles of how you want to play, whether your winning 5-0 or losing 5-0. You might tweak a few a few things but never compromise on any beliefs on the way the game should be played.” Ufuk Talay’s ‘One Piece of Wisdom’.

Season 4, Episode 4 of the Football Coaching Life with Gary Cole is an engaging and open conversation with Ufuk Talay, the manager of Wellington Phoenix’s A-League Men’s side.

Ufuk fell in love with the game through his father who encouraged him to develop his skills. His dad used the SBS TV show ‘Captain Socceroo’ to find new skills for Ufuk to master! Those were the days!

After debuting for Marconi and winning a championship in the NSL, Ufuk signed for the large Turkish powerhouse Galatasaray coached by Liverpool legend Graeme Souness. We discuss the passion of the incredible derbies with Fenerbahçe and his almost 10 years playing in Turkey.

He had the opportunity to serve an apprenticeship on his coaching journey at Sydney United, the AIS and the Joeys before taking on Head Coaching roles with the Joeys and the Australian U20 teams. Ufuk then served as an Assistant with Steve Corica at Sydney FC before taking on the Manager position at Wellington Phoenix, where his team consistently plays attractive and successful football.

Ufuk talks openly about his coaching journey, his learnings from Ange Postecoglou, developing young Kiwi footballers and the challenge of Australian junior coaches with so many players not getting enough game time.

Listen to the podcast or watch on FCA’s YouTube via the link here.