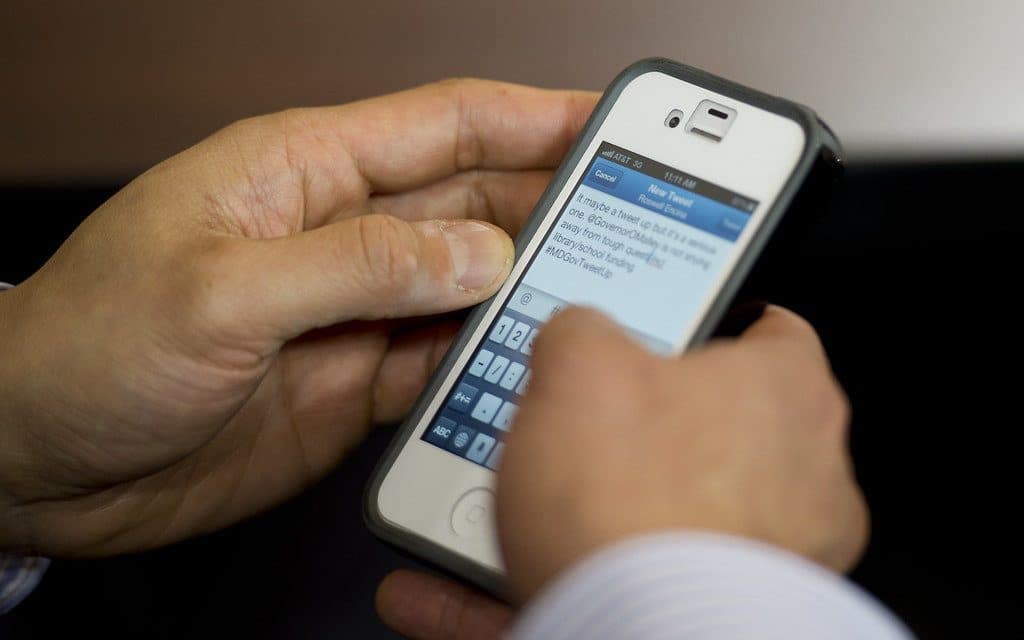 Social media, for the most part has been a groundbreaking invention that has allowed people across the world to interact from the comfort of their own homes.

We are able to communicate with friends, family and anyone else through platforms such as Facebook, Instagram, Snapchat, Twitter and before their declines, myspace and Messenger.

But in the eyes of some, the use of social media has allowed those to express feelings and thoughts in a negative manner. And in the world of sport, there’s usually someone or something on the receiving end of this ‘abuse’.

To hide behind a keyboard and post things you wouldn’t say to or someone if they were standing right in front of you is a true act of cowardice. And deservedly, it’s universally condemned.

But it’s easy to take this perspective when you’re fortunate enough to not be the subject of online abuse and vitriol.

For those who play sport at a professional level and for clubs with significant fan bases, it can be quite scary to read things that people around the world say about you.

With the stakes they play for being so high, any level of failure is met with a knee-jerk reaction by those online. And with such easy access to the aforementioned platforms, it’s hard for professional athletes to see the bright side.

Some athletes do see the bright side, knowing that what’s said online rarely translates to what’s said in real life. A great example of this is through the popular TV segment, Mean Tweets.

Hosted by late night talk show host Jimmy Kimmel, high profile people are made to read derogatory tweets directed at them, with most of them expressing laughter at the stupidity of what’s said.

Here’s a couple of examples of the segment.

But then there’s the other side of the equation, those who do get affected by what people say.

Often, these comments left online can be quite upsetting and sometimes, those on the receiving end don’t take it well. And despite there being those who can cop the abuse, some have different perspectives.

These comments, whether they’re made online or from the stands, are dragging the game of soccer down and it’s a real shame.

Back in 2017, Liverpool defender Dejan Lovren played a poor game against Tottenham Hotspur in a 4-1 loss. Following the game, Lovren’s family members were threatened purely based on his performance.

You could be the most soulless person on this planet and still find that kind of comment disgraceful.

Briefly on Tottenham, left-back Danny Rose was diagnosed with depression in 2018. He seems to have put it behind him after becoming a first team regular for Tottenham this season.

Granted, Rose has admitted that injuries played a part in his depression during a BBC video that went online this year (can be found below in full), but it goes to show something.

We may see them as these worldwide superstars who can do anything. But in reality, they’re just like us.

Some may think that these comments don’t have any affect, but they do.

Mental health is one of the biggest problems surrounding soccer players and athletes around the globe because people think that they can say anything and get away with it.

They say these things for numerous reasons. Their performances on the field, as we know. It can be down to their appearance and personality (see above video for Peter Crouch). But there’s one other factor.

The fact that most of these players are millionaires.

Footballers get paid lots of money and there is a select group that think because of this, they should never be sad in their lives. Purely because they’re a bit wealthier than most folk.

To rebut these opinions, there is only one thing that needs to be said.

How would you feel seeing someone say that about you? Because in life, you should only treat people the way you want to be treated.

And it’s time that we stamp the abuse out, whether it’s racism, sexism or general oppression. Because whatever it is, it has no place in sport or in life. Anywhere. 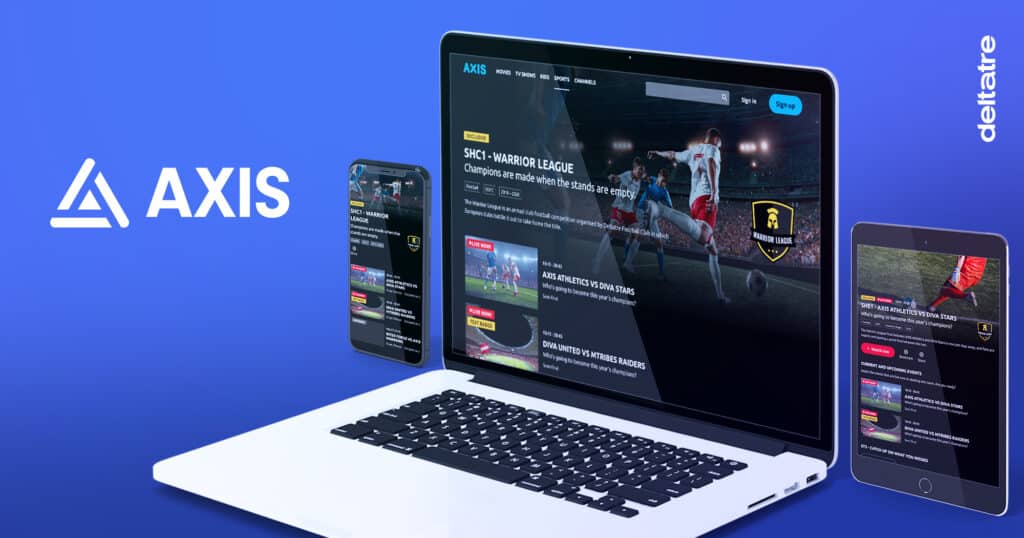 Deltatre, the global leader in fan-first video experiences, has announced the development of a new suite of sport-focused features and functionality within its user experience (UX) management tool, AXIS, to support leagues, teams and federations.

AXIS is a targeted UX management console and suite of multi-platform Reference Apps. For many years, AXIS has been the go-to product for OTT services, including BritBox, Rogers Sports & Media and DR.

By putting the power in the hands of knowledgeable editorial staff, clients consistently report increased engagement and reduced churn from their OTT offering.

Deltatre has added the ability for broadcasters and rights holders to adapt their services, so that sports content such as competitions, events, teams, and athletes can be promoted out-of-the-box, with dedicated templates enabling easy discoverability of live and catch-up sport video content.

In addition, a new personalisation feature allows users to follow their favourite team or player so they never miss a moment of the action.

This builds on an already extensive set of core AXIS functionality that includes the following features:

• A drag-and-drop management system: Enables any content producer to make real-time changes to an OTT service without needing to touch any code – helping to boost engagement and monetisation opportunities.

• Advanced Segmentation Tags: Target your audience by demographic type, device, location and so on.

• Personalisation:  Dynamically surface related content that you know your users are interested in, based on their followed items.

• Page and row templates: Ready-to-use templates and row types let you create and configure detail pages for your competition, event, team, and other assets, that users can navigate to from anywhere in their app.

• Monetisation options: Boost revenue potential in a non-intrusive way, by adding brand sponsored rows or banners directly into the UI.

Gilles Mas, President of Video Experiences, Deltatre, said: “As a long-standing streaming technology provider to leading OTT platforms across sport and entertainment, Deltatre is uniquely positioned to understand the complexities and differences in the way fans and users engage with and consume different content.

“We know how important it is to combine a greater user experience with clear, actionable audience data. Truly understanding your customers, and giving an editorial team the tools to act on that knowledge, is key to maximising engagement and reducing costs and churn.” 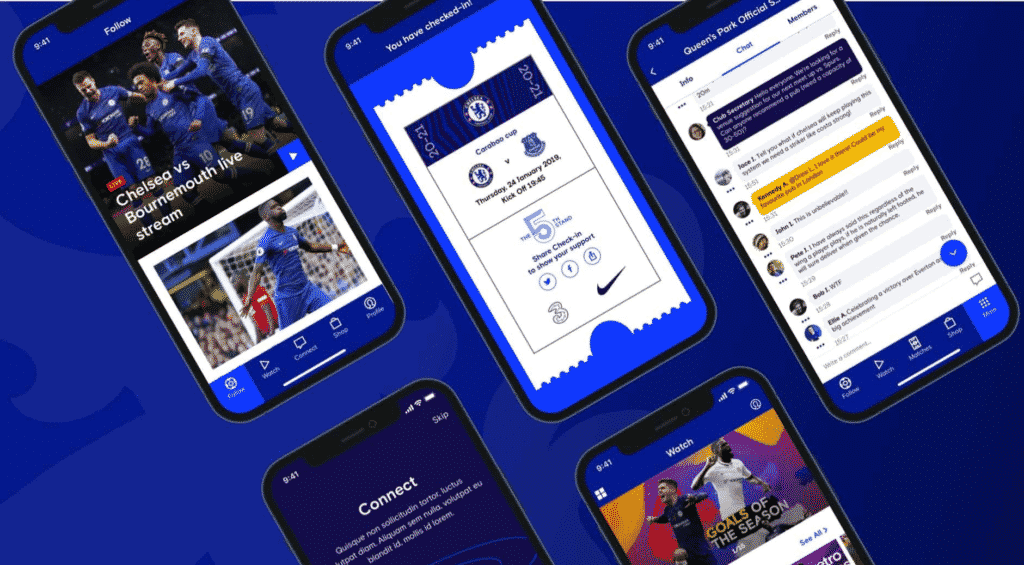 With popular football clubs among their extensive client list, Infront X presents as the perfect partner for anyone in the sports industry looking to improve their fan experience.

Infront X works with many of the biggest names in sports, media, entertainment, and gaming, tailoring to meet their interests using data-driven insights to cater to audience passions and empower businesses to make millions of lasting impressions.

Infront X has established themselves across the world with offices across North America, Europe, and Asia, where they have had a massive impact in helping elite organisations like the PGA TOUR, Verizon, NASCAR, FOX, Chelsea FC, AS Roma, the International Ski Federation, and the International Basketball Federation, as well as many others. Forming part of Infront X’s expertise is the way they have delivered fan experience for sporting organisations. One of their leading projects has been with 2020-21 UEFA Champions League winners, Chelsea FC.

Launched in 2018, The 5th Stand App connects a global fanbase to their club and community.

During a long-term partnership, Infront X has worked closely with Chelsea’s digital team to create and implement a data-driven digital product strategy, which brings the very best features together on The 5th Stand. The app is designed to let Chelsea’s global fanbase interact with each other and support the club, even when they cannot be in one of the four stands at Stamford Bridge, particularly key to capturing an international audience.

The collaboration between Infront X and Chelsea both parties to develop and deliver an innovative digital strategy that focuses on deep fan engagement for a truly interactive interface. Since From the time The 5th Stand was released, it has been downloaded over 6.7 million times, making it the fastest growing football app in the world. A recent survey by Chelsea saw 92% of all fans recognise the importance of having The 5th Stand app.

Moving across to Italy, Infront X and AS Roma FC form another partnership that is in amongst a multi-year deal. Regarded as one of the most successful clubs in Serie A, Infront X saw another perfect opportunity to help a club that has an incredibly passionate global fanbase. Ordinally, AS Roma were able to relaunch their flagship website in 2018 thanks to Corebine, powered by Omnigon, in conjunction with Infront X. The introduction of the digital media company to AS Roma’s business strategy and planning identified the needs and requirements for the club, through insights gleaned that saw new monetisation opportunities and holistic recommendations to take the digital experience to the next level.

Infront X were then able to develop and launch mobile apps to cater for the global community, alongside a revamped and responsive website that comes with a host of different languages. A verstaile platform gives AS Roma fans everything they need with in-match and player statistics, as well as enhanced video capabilities.

Sporting leagues themselves can even get in on the action, as evidenced with the features that Infront X helped the Scottish Professional League (SPFL) with. The SPFL were seeking new ways to keep their fans engaged in a time where the league was postponed due to the Covid-19 outbreak.

When league games were cancelled, Infront X found a way to fill a content gap by using a voting system to reach fans and create those interactions. Each week, they had the chance to vote for which archived match would be streamed each week.

Eventually when matches resumed, a poll allowed fans to vote on ‘Team of the Season’ content and a variety of other campaigns ensured that fan engagement would always remain at a high.

To see everything that Infront X has to offer across a range of industries, you can find it here.