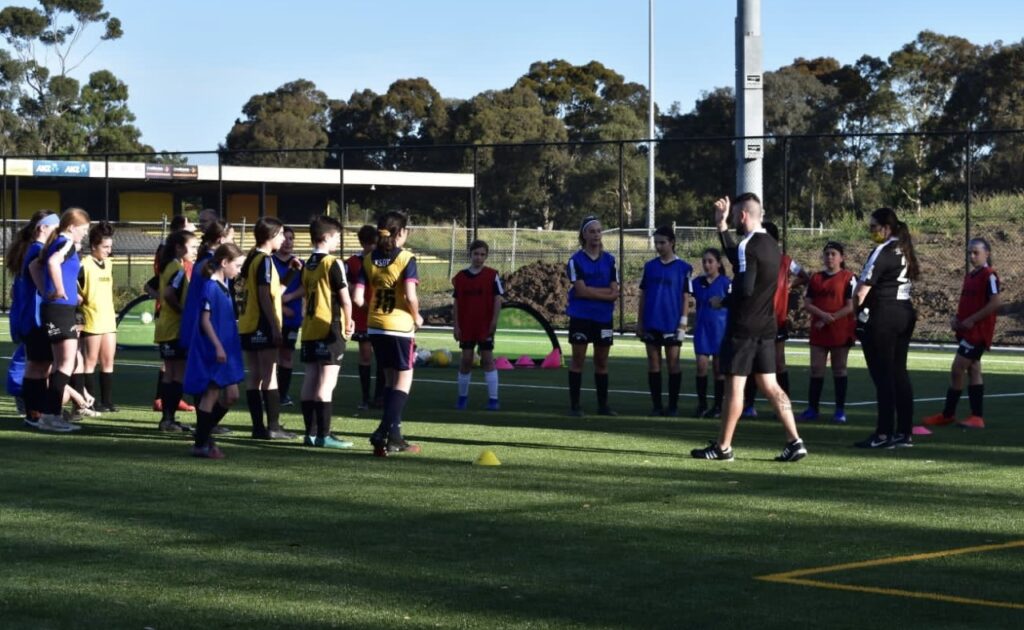 With a number of Matildas thriving at top European clubs and Australia set to co-host the 2023 FIFA Women’s World Cup, administrators have the perfect opportunity to establish a sustainable national framework for women’s football in the country.

Despite progress at the elite level, work still needs to be done at the grassroots to ensure the women’s game reaches the heights FFA is aiming for. This means fresh ideas, investment, and buy-in from community clubs around the country.

Jonathan ‘Johno’ Clemente embodies this mantra. The young, ambitious coach has only just started his career, but is already driving change with a bold, new-age leadership style.

Appointed as Head Coach of Heidelberg in 2019, Clemente is only 21, making him the youngest senior National Premier League (NPL) coach in Australia. With wisdom beyond his years, he has built a strong people-centric culture which he hopes will set a new standard in women’s football around the nation.

“There’s a good saying in football, male players need to perform to belong, whereas women need to belong to perform,” Clemente said.

“It’s about making everybody feel valued as a person and a player. That’s the way I want to lead, through emotional intelligence and building a culture which promotes that.”

“It’s a move away from that old style of leadership, where most coaches would have that ‘my way or the highway’ approach. I believe it’s a two-way street where we work towards a common goal, so it’s important the players know that I care about them as individuals and that I equally know what they need from me through direct feedback, so I can improve with them.”

Clemente’s has already enjoyed success during his short career to date. Following junior coaching at the Essendon Royals, he was appointed Technical Director before also taking the reigns as the Senior Women’s Head Coach.

“The team had been relegated and a lot of players were wanting to leave. I immediately thought long-term, with the vision of gaining promotion and how great of a challenge that was. It was a real sink or swim situation, but I knew I had to back myself because I wanted to coach seniors, so I jumped at the chance,” Clemente said.

“That’s where I began to adopt my philosophy. I was lucky to have had great coaches growing up. It took some time, but I learned to be confident in my decisions and be ruthless when I had to be. But ultimately, I thought the most important thing was to create a culture of respect and positivity, I knew that the rest would follow.”

After a rocky start, Clemente led the Royals to promotion, leading to him drawing the attention of Heidelberg United.

“As difficult as it was to leave Essendon, when I got the call from Heidelberg, I knew straight away that I had to go because it is a huge club and a huge opportunity to coach in the top division,” he said.

“The transition was seamless. One issue with women’s NPL is the high turnover of NPLW players. It can get toxic as a lot of players move in groups and chop and change teams regularly.”

“My goal is to change the perception of the league by ensuring that Heidelberg’s girls come here to enjoy football and get better as players and people. I set the standards early so that the players enjoy training sessions and want to come back.”

Although COVID-19 hampered Clemente’s first year in charge at NPL level, the foundations he set are already creating massive benefits for the club. Player retention is at an all-time high, vindicating his coaching philosophy and approach to building team culture.

“Every single player re-signed for next season. They’re all chomping at the bit to play for Heidelberg again which to me is a huge indicator that we are on the right track. I think it’s really important to give the girls ownership of the team. We’ve got a strong leadership group and I’ve told them this will only be as good as you make it and challenged them to set the standards,” he said.

Clemente’s attributes his successful approach having high-quality coaches when he played, but also his experiences outside of football. The young coach has had challenges with mental health and now is a strong advocate for mental welfare, something he incorporates into his coaching.

“It’s so, so important. That’s why I’ve resonated so well with the women players. The same applies for men, players will have off days and it’s important to be flexible and understanding,” he said.

“There are no no-negotiables in football anymore. If a player has to work every night until 6:30PM and needs to arrive a bit late to training, you need to understand that and make them feel welcome and warranted. It’s important to still set high standard but there has to be a balance.”

As part of this mental health conscious approach, Heidelberg FC has appointed Darby Dexter, a Leadership and Culture Consultant to assist player welfare.

The club has also invested in an app, Inspire Sport to help juniors report on their mood and mental wellbeing to assist coaches in understanding the needs of their players and how best to communicate with them.

“Football really needs to invest in mental health and not just tick boxes. It’s important to build a culture of high performance and open communication where the stigma of speaking about mental health is removed,” Clemente said.

With coaches like Clemente reinvigorating the grassroots of female football, the years leading up to the Women’s World Cup will be vital to establishing a sustainable framework.

Female participation rates have steadily increased over recent years and FFA has outlined its goal to achieve 50-50 gender participation by 2027, but while Clemente believes this is achievable, he says it is important to make sure this is done correctly through investing in the right people and programs.

“Women’s football is developing quickly, which is a positive but it’s important clubs are involved for the right reasons. It sounds simple, but sometimes councils give grants to clubs who have a girls’ programs, so it’s important that clubs are genuinely creating these programs to nurture talent and get young girls to fall in love with our game,” he said.

“That’s the challenge for all clubs. To care and invest in both genders equally. It’s all about getting the right coaches in and getting the contact hours in at an early age.” 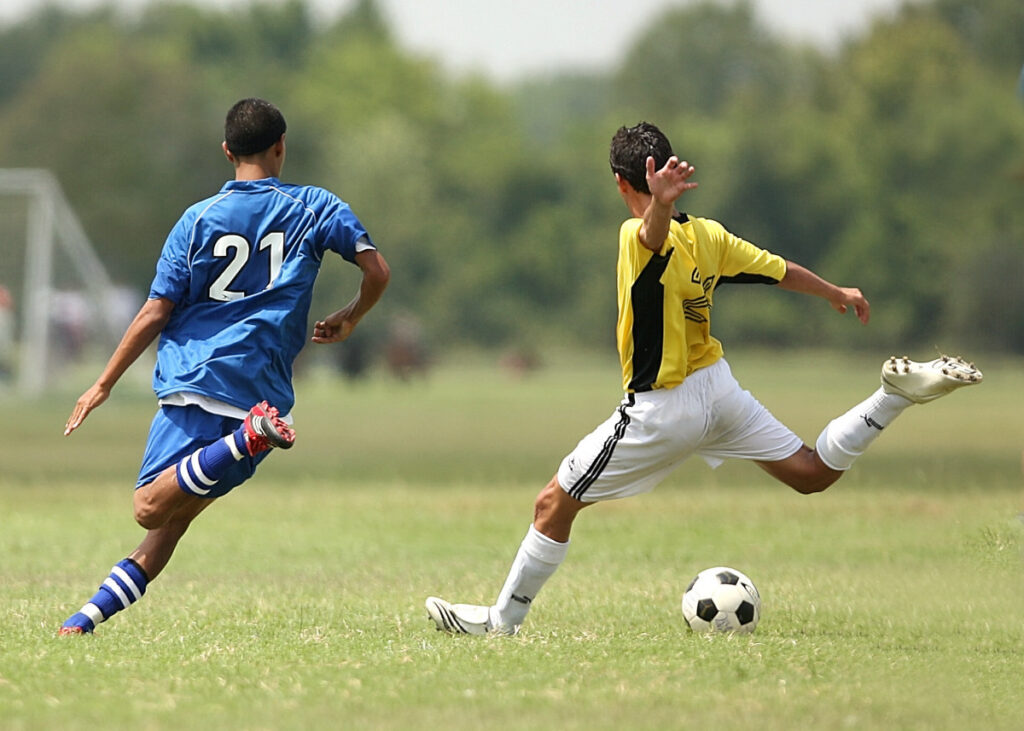 Football Queensland has confirmed that they are set to deliver seven MiniRoos coaching courses across the state, designed to increase the diversity and representation of qualified community coaches in the state.

Following completion of the course, all attendees will have fulfilled the first step in becoming a Casual Participation Officer who can deliver after school programs and Sporting Schools programs.

“Representation of First Nations peoples across all areas of our game is integral in ensuring football remains the game of choice for all, for life,” Cavallucci said via a statement to FQ.

“Currently only 177 coaches in Queensland identify as Aboriginal and Torres Strait Islander despite more than 3,200 First Nations players participating in Football Queensland competitions.

“The aim of these upcoming coaching courses is to provide an opportunity for our current Indigenous participants and other members of their communities to become upskilled in a new area of the game so that we can welcome more Aboriginal and Torres Strait Islander peoples in community coaching roles across Queensland.

“We’re thrilled to be able to deliver MiniRoos coaching courses across seven of our regions from Far North and Gulf to the South Coast, which will be free for both new and existing participants and will be delivered in conjunction with the host clubs.

“We also encourage clubs who are interested in running a similar community coaching course of their own to register their interest with Football Queensland.”